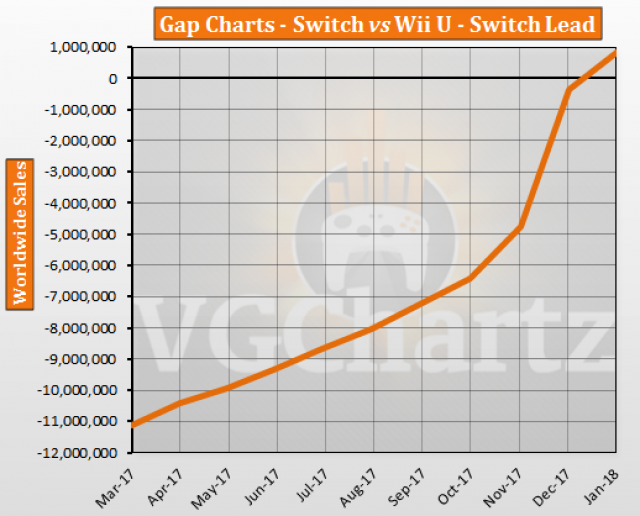 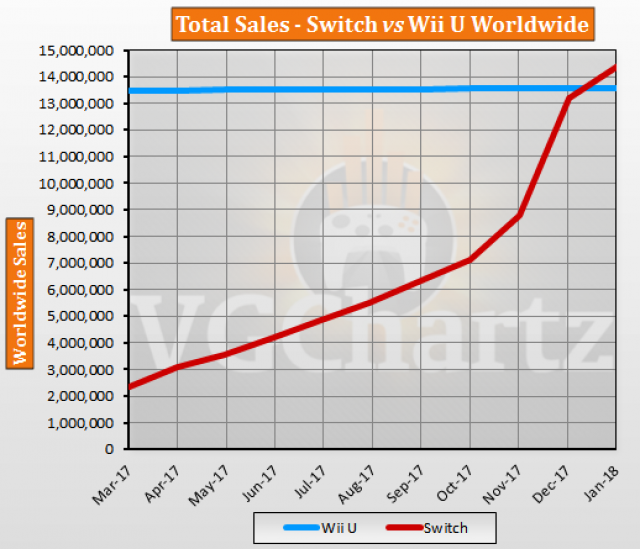 In the latest month the Nintendo Switch has surpassed the lifetime sales of the Wii U. It took just 11 months for the hybrid console to surpass its predecessor. The Nintendo Switch outsold the Wii U by 1.27 million units in the last month and currently leads by 894,561 units.

It isn't nice to kick someone when they're on the ground.

This is glorious. In less than a year's time.

Plot twist: it's the Switch

"Mark my words, this is bombing harder than the Wii U."

We should erect a temple for such quotes.

In less than 1 year!

Just bought a Wii U, what a wonderful machine! Will buy Switch in 2-3 years.

I don't know how Nintendo can make that work.

And the Switch won't be looking back.