Video games are marvelous educational tools. They can teach mental skills like patience and perseverance, and physical skills like eye-hand coordination. They can also open up windows into new cultural realities. Mulaka, steeped in indigenous Mexican culture, is such a game. It's a tribute to and, in many ways, a preservation of the history and mythology of the Tarahumara, a Native American people living today in the mountain area of northern Mexico. It's also a respectable — if, at times, unpolished and repetitive — action-adventure game.

Mulaka is the story of the titular hero, a Sukurúame (Tarahumara shaman) who seeks out powerful demigods to combat a foul evil poisoning the land. Set in environments based on actual Tarahumara locations, with creatures pulled from native mythology, and featuring music unique to the Tarahumara, Mexican developer Lienzo has gone above and beyond to make Mulaka as historically, spiritually, and artistically representative of the indigenous peoples of northern Mexico as possible, while still providing a rewarding gameplay experience. 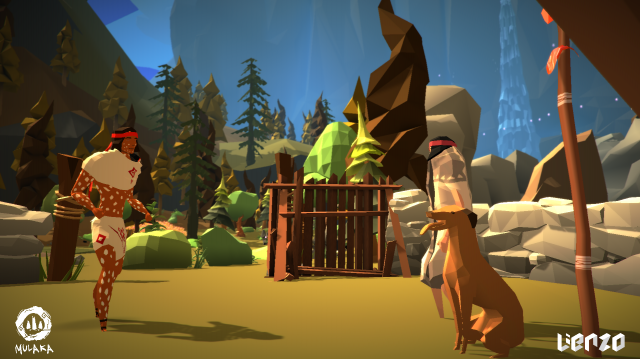 Similar in design to 3D Zelda games, Mulaka is a true action-adventure, built around fighting, exploring, chatting with NPCs, and problem-solving. Almost all of the game's environments play out in the same way: Mulaka arrives, explores for three hidden stones, and, using those stones, opens a doorway to the final boss. Along the way he'll meet colorful locals, slay monsters, collect plants for potions, and maybe even transform into a cougar or a snake.

It's all very straightforward and simple, but it works. Mulaka isn't going to make anyone forget about The Legend of Zelda: Twilight Princess or Okami, but as an action-adventure game it delivers the basics, plus a few twists of its own. There are enough optional secret treasures to make revisiting environments worthwhile, and plenty of diverse environments with specialized puzzles to keep players alert and engaged. Animal transformations give spice to the game, texturing puzzles and fights with monsters. 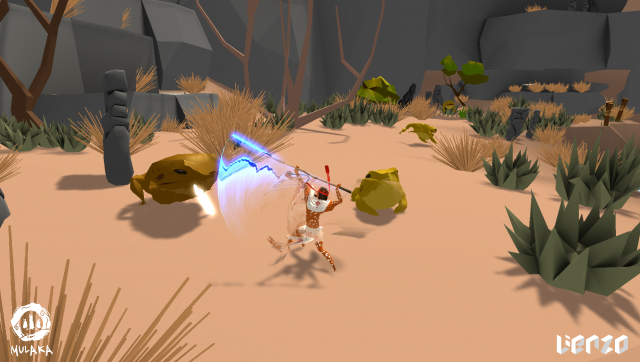 Fighting is entertaining enough, as new and more formidable enemies are introduced throughout the adventure. Mulaka uses his spear both as a melee weapon and a projectile, and can weave into battle up to four magical potions, which heal the shaman or summon a throwable bomb, among other things. Problematically, however, the game relies heavily on enemy encounters, introducing far too many areas where Mulaka must finish off every enemy in a gated ring to move on. It gets repetitive fast. Furthermore, movement during battle — really, movement in general in Mulaka — is a little stiff and uncomfortable. Developed using Unity, the game suffers at times from some wonky physics and collision detection, and even a few bugs.

Regular enemy confrontations might turn tedious, but boss encounters are a different story. The collection of boss fights in Mulaka is impressive indeed, with half a dozen monsters ranging in size, speed, and tactics. There are, among others, an armored arachnid amid desert ruins; a ghostly, gelatinous column of air; a giant toad in a shallow pool; and, most fascinating of all, an ancient stone golem that seems ripped from Shadow of the Colossus. 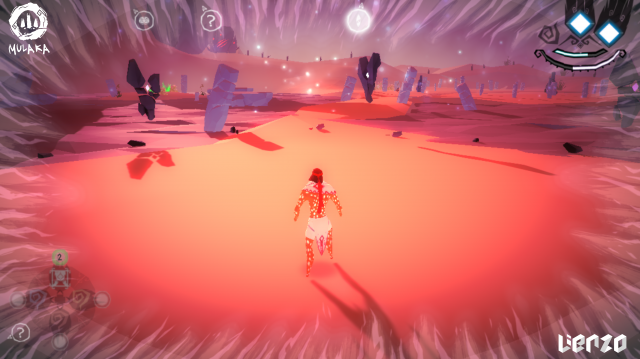 The music and graphics in the game are pleasant and vibrant, and evocative of a time of gods, monsters, and miracles. Lienzo chose a simple, low-polygon visual style for Mulaka, which works well in this particular title. This is a game, after all, about legends, myths, symbols, and representations of realness. Why not make its characters, monsters, and locations simple representations of a much more detailed, complicated reality?

Hamstrung by some repetitive enemy engagements and technical difficulties, Mulaka isn't as great as it could be. It's still a fun, serviceable action-adventure in the tradition of Zelda and Okami. The boss battles are excellent; animal transformations add depth to fights and puzzles; and unique music and graphics transport you to a different world. It's a fine game, and a great way to honor the heritage of an indigenous community.

This review is based on a digital copy of Mulaka for the PS4, provided by the publisher.

Imo, the more action-adventure games the better, which contrary to what my collection shows, it's my favourite genre.