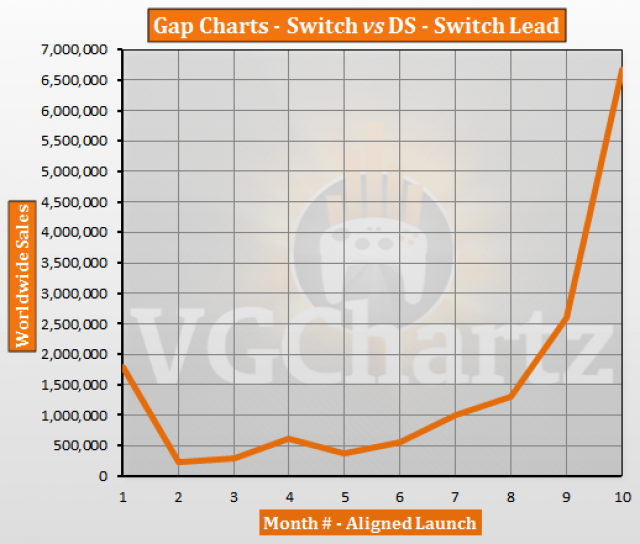 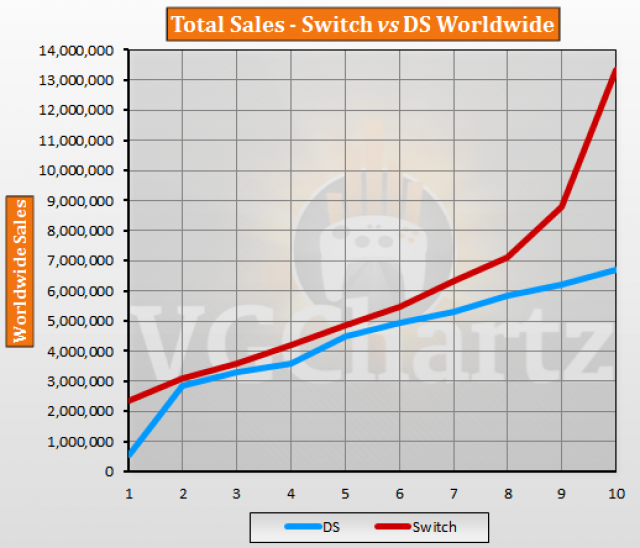 December 2017 is the 10th month that the Nintendo Switch has been available for. During the latest month the gap grew in favor of the Switch by 4.06 million units when compared to the DS during the same timeframe. The Switch is currently ahead of the DS by 6.66 million units.

Things put against the DS always think they'll have a chance. But then...

Do you seriously think that the Switch will still be dominating even 5 months from now?

LABO isn't going to be THAT huge.

The only man of vision. I still think there are many ways for Nintendo to screw up, but 150 looks very plausible 1 year later

Gonna be hard to compete once DS lite comes into play

Switch has 5 months left. Then... it begins.

Way more than 5 months. More like 10. DS was nothing special before DS Lite version, which released in June 2006.

DS didn't do well until DS LITE. 3ds didn't do well until price cut. Switch is doing amazing, yet we don't think Nintendo will do something to vastly increase its demand within the same time frame that DS/3ds received help? It's not like Nintendo is just going to let the Switch fall off or not increase at the same rate as DS/3ds. It will be difficult, however!

Nice lead for Switch before the DS Lite truck arrives.

I can't believe everyone is still thinking DS is going to suddenly destroy Switch. I know the sales are about to skyrocket, but are we really assuming Nintendo will announce nothing of interst in FIVE MONTHS? I mean, E3 is in there!

Unless Labo becomes the next Brain Age/Nintendogs, I don't see Switch keeping up with DS pace. If Switch was $129, maybe lol. And this isn't a dig at Switch, it's a nod to how epic DS sales were once it really got going.