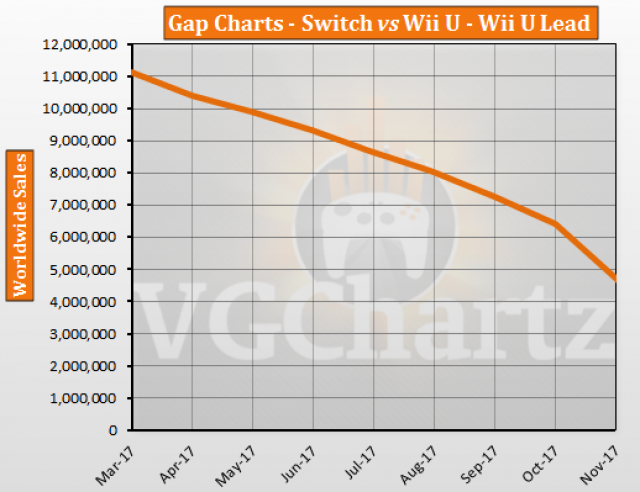 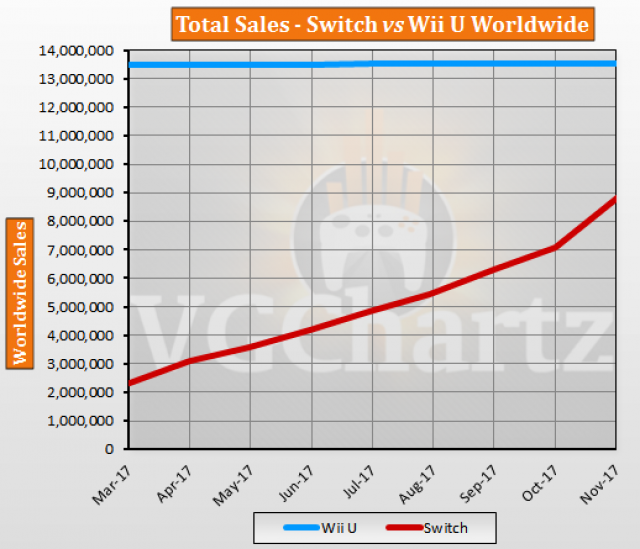 In the latest month the Nintendo Switch has moved even closer to the lifetime sales of the Wii U by 1.77 million units. In just nine months the Switch has been able to sell 64 percent of what the Wii U has done lifetime. The Wii U’s lead has shrunk down to 4.66 million units.

It's only a matter of time when the Wii U makes a comeback. It had a rough start but 200 million is achievable if everything goes smooth from now on.

Up to the blue sky and beyond ^^

Exciting race for sure. ;-)

We should start making bets on how soon Switch will surpass that 13.5 million Wii U number. Will it be by February, March, April, or May?

No later than March for sure.

Pretty sure its pretty much equal by now.