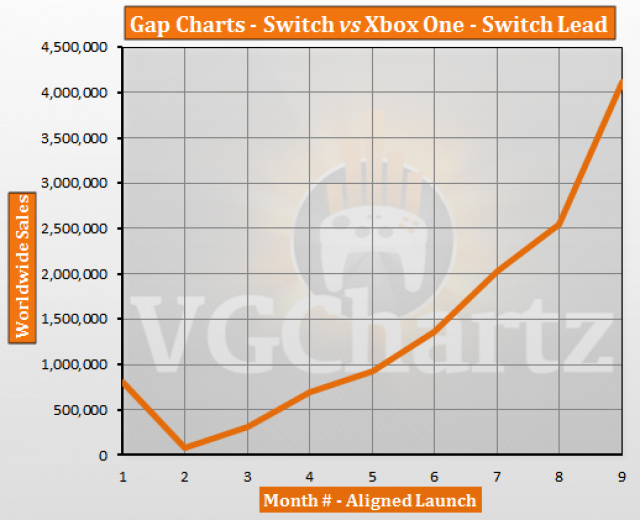 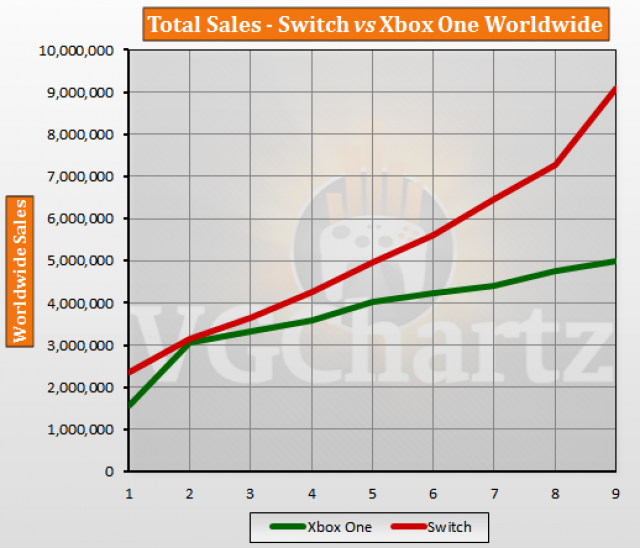 November 2017 is the 9th month that the Nintendo Switch has been available for. During the latest month the gap grew in favor of the Switch by 1.57 million units when compared to the Xbox One during the same timeframe. The Switch is currently ahead of the Xbox One by 4.12 million units.

Not a fair comparation, i'm sure that if XB1 launched in March it would have outsold the Switch.

Hahaha 😂🤣 seriously though Xbox had its holiday season this is switch's first one so no you are wrong. And PS4 might have but are you looking at the charts here? It's 4mil ahead nothing would have covered that separation and then some

Ryng_Tolu, do you want to pick a fight? Come here and I'll smash you.

Someone don't get the joke. ^^

Now do you want to fight or not?

Okay, let's get the party started.

As an Italian, how do you feel about your national football team's chances to win the World Cup in Russia this year?

Am I not supposed to take you seriously?

They would have won if they surpassed the pools >:(

Either the Switch slows down to a crawl come next year and never catches up like it happened with the PS and XBO or it pulls a Wii and annihilates everything after sales rise exponentially over time...

No. Xbox nor PS4 will benefit from the holiday season until months 12 - 13, unlike the Switch which benefits months 9 - 10. That being said the joke you missed was Xbox had no chance of competing. Even including it's first true holiday season in 2014 it still only hit 8m consoles sold. With the Switch already at 9m

Nah. I think the joke is that when anyone, regardless of the console they support, sees a comparison that does not support their preconceptions, they will claim the comparison is invalid because the circumstances weren't 100% identical, even though no two launches are ever 100% identical.