The 3D platform-adventure game from publisher and developer Nintendo - Super Mario Odyssey - sold 2,148,546 units first week at retail, according to our estimates. First week sales can be viewed on the VGChartz Global Weekly Chart for the week ending October 28. 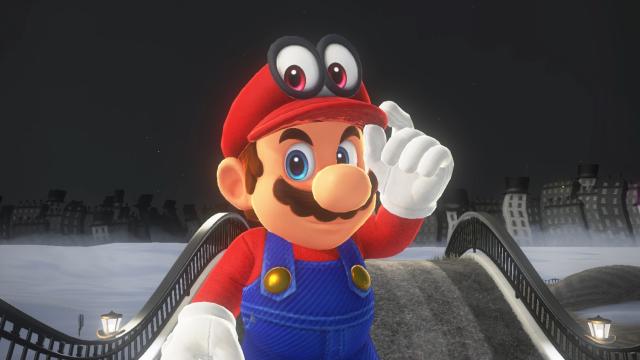 Sales for the Nintendo Switch increased 92 percent thanks to increased supply and the release of Super Mario Odyssey. The Switch sold 352,508 units the week the game released.

Remembering that Nintendo said that Odyssey sold 800k in USA in just 3 days. The game released on a friday, so theres 800k from 3 days + 4 remaining days. The numbers are even more impressing than we think!

There's been a huge pent up demand for an ambitious exploratory 3D Mario, and Odyssey delivers the goods, so naturally its sales will be great. 10 million plus is basically guaranteed

Amazing game. 2nd favourite Switch title just below Zelda. Hoping for a Galaxy Trilogy for Switch. That would be cool.

Galaxy was motion control focused. These games can be played with a pro controller, the way Mario was meant to be played. I don't see Galaxy ever coming to another console because it was during the dark days of waggle.

a) What's so horrible about one little flick.
b) They couldn't just map Mario's spin attack to Y or X, while having A or B as the jump button? Have you played as Rosalina in 3D World? That's essentially how Mario would control without motion controls if they did Galaxy HD remasters and/or Galaxy 3.

It's a meeee! Mario, taking names as usual.

There were 1.4 million Switches sold when BotW came out, versus ~8 million when SMO did. To be fair, you should compare BotW first week numbers on both Switch and WiiU combined. SMO still sold more, but not double the number for both console versions. That said, I agree that SMO will likely sell over 10M and top BOTW in lifetime sales.

Yeah, good point. I forgot about the WiiU version. I always figured it doesn't really matter how many consoles a system sells - if the game is good enough it will sell consoles. So I don't think it makes a DRASTIC difference.

Now it has gone on to be one of the best sellers. Still beat by Mario Kart though.

Haven't had this much fun with a Mario game since Sunshine. Absolutely love it. Awesome that Mario is still on top after 30 years