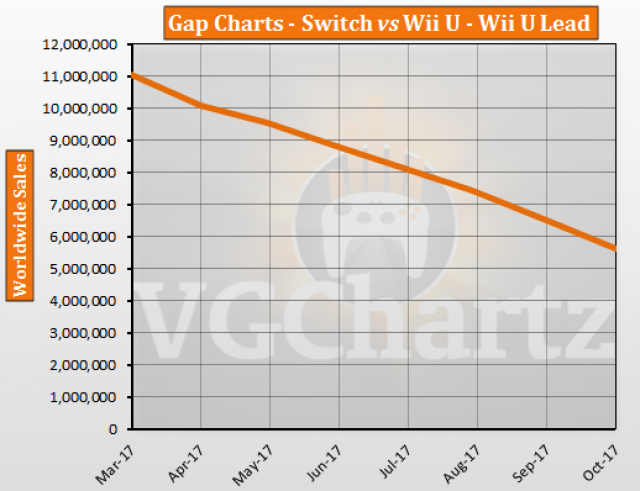 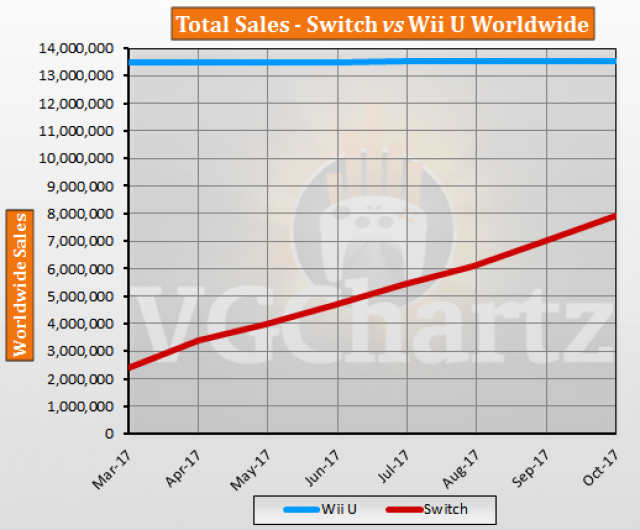 In the latest month the Nintendo Switch has moved even closer to the lifetime sales of the Wii U by 893,711 units. In just eight months the Switch has been able to sell nearly 60 percent of what the Wii U has done lifetime. The Wii U’s lead has shrunk down to 5.61 million units.

Do we really still need to compare things to the Wii U? It's just kicking a man when he's down at this point.

Some people believed Switch is another wiiU.

Some people STILL believe that.

I think the only question left here is can the Switch possibly top the Wii U by its first birthday. It's already at ~8mil and that's not including the holidays yet. Think it can do 5.6 mil by end of March '18?

Oh boy, I wonder which one is going to win. - said no one ever

I was expecting it to be the Wii U sales at the same point of its life cycle like with the other consoles.

Switch is already well ahead of the Wii U when you align the sales.

They did this with some other charts. Like, I think 3DS vs PS4. Basically, when it's so obvious that one will outsell the other, that it's more interesting to see when it will happen.

Yeah, but it's nice to keep track of how far ahead it is.