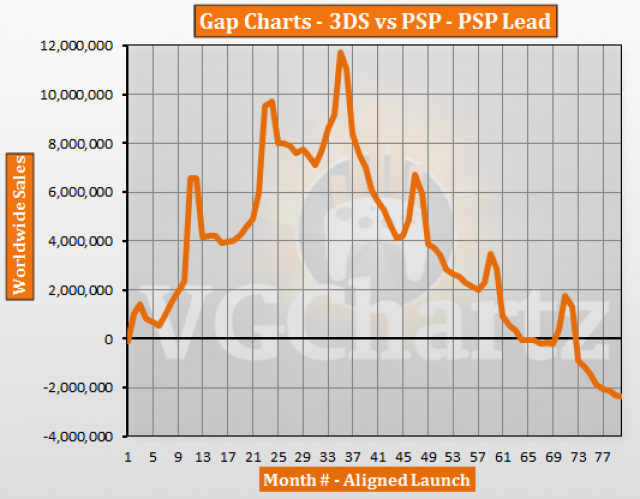 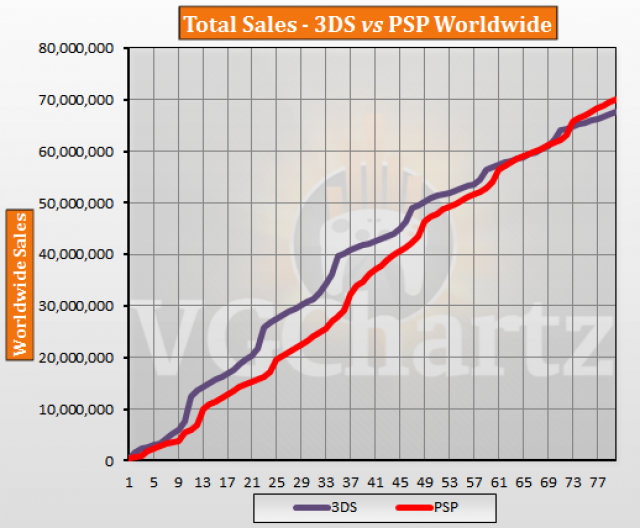 The PSP ended its run with 82 million units. The 3DS will fall short of that but it will still do pretty good numbers.