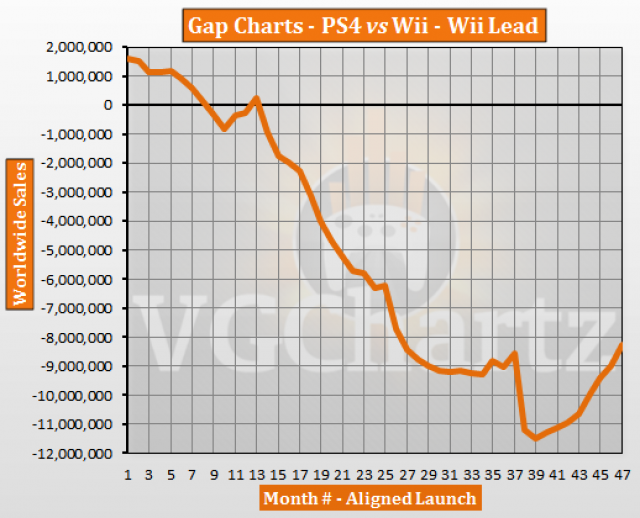 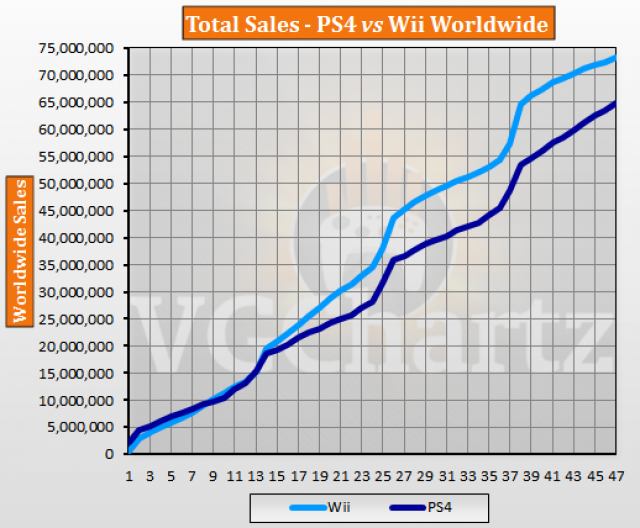 This is the part where the PS4 starts to kick the Wii's ass.

Nope, not yet. But next year.

No, it definitely looks like it's starting to cover ground.

I love this comparison. I'm going to enjoy watching the ps4 eat into that lead.

The Wii's first 4 years will never be replicated. Period. It was a true phenomenon (or fad!). However, PlayStation consoles tend to do better the second half of their life than the first, so the PS4 should blow past the Wii after this year.

Don't be so sure on that. If Nintendos plan with it's 25-30 Million units in the next financial year is true and works out for the Switch, then it could not only replicate, but even beat the Wii.

Well, he said the Wii's first four years will never be replicated, and i just pointed out that, no, it can actually happen. I agree on the rest of his post, just wanted to point out that his first sentence is not necessarily true

I like the Switch, it makes me forget the Wii U debacle, but the Switch doesn't even have half the impact the Wii had. The Wii started a huge craze that lasted 4 years and got their competitors clamoring to copy it. Hell, remember the SixAxis controller for the PS3? Even before the Wii was released it caught the entire industry off guard.

I don't even think the Wii was a fad because it had consistent success for about 4 years. However, it did die super fast (thanks to Nintendo). Hopefully the Switch is the opposite and builds on momentum!

The Wii is simply something that really can't be replicated again for a console. Maybe if Nintendo thought of Pokemon Go first and released it as a launch title with an AR controller but that's fantasy lol.