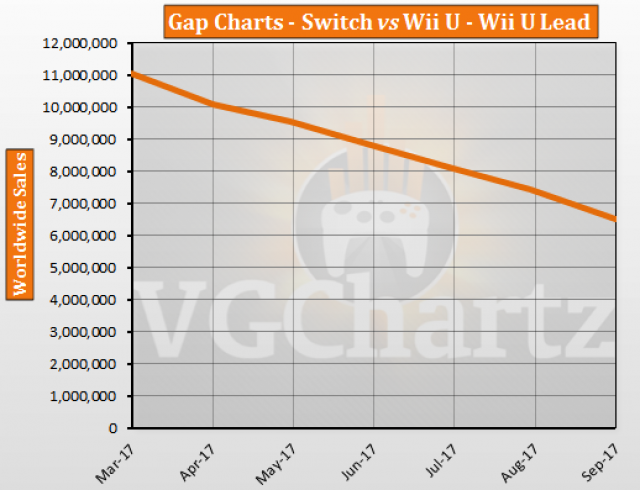 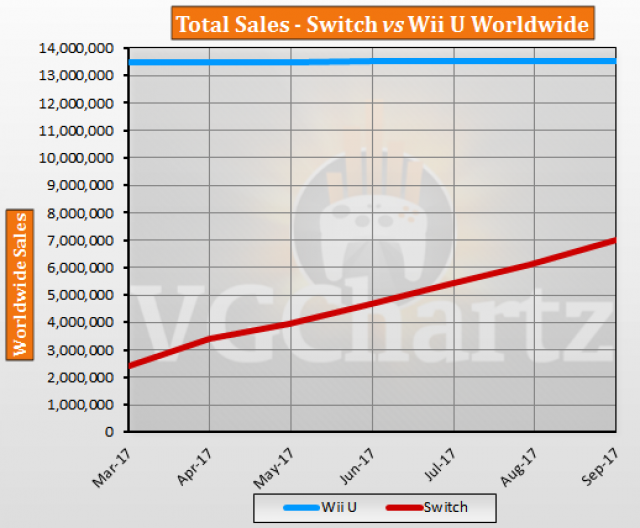 In the latest month the Nintendo Switch has moved even closer to the lifetime sales of the Wii U by 923,053 units. In just seven months the Switch has been able to sell more than half of what the Wii U has sold. The Wii U’s lead has shrunk down to 6.50 million units.

Could use a start aligned chart.

"Mark my words, this thing is bombing harder than the Wii U."

I predict WiiU will win this in the end.

That gap's gonna get a lot smaller.

Wii U is going to destroy the Switch, doesn't even stand a chance.