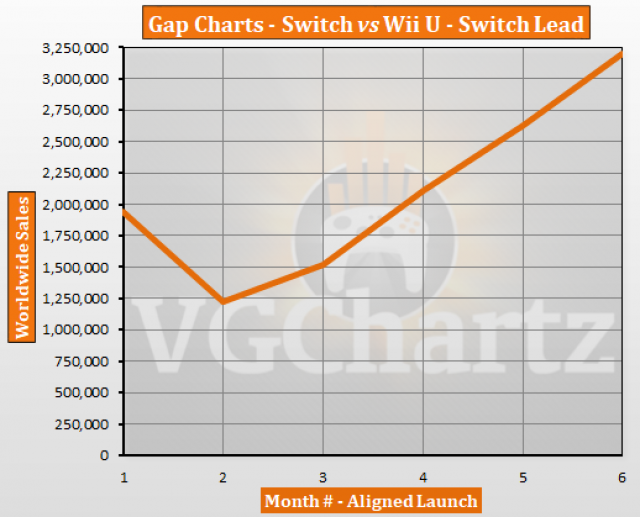 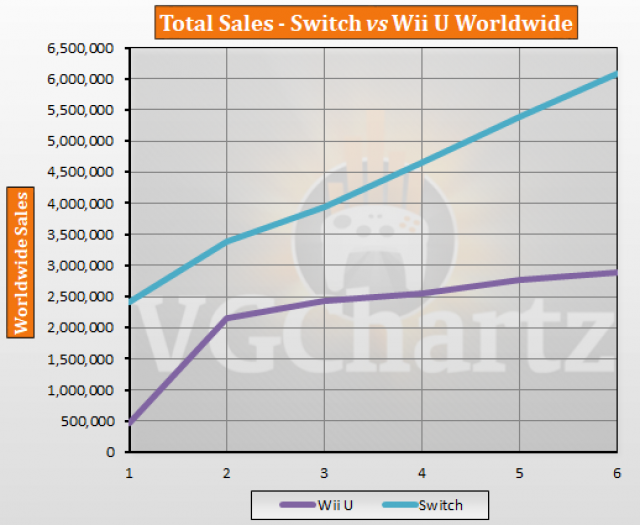 August 2017 is the 6th month that the Nintendo Switch has been available for. During the latest month the gap grew in favor of the Switch by 573,593 units when compared to the Wii U during the same timeframe. The Switch is currently ahead of the Wii U by 3.20 million units.

"I don't think the Switch will be able to outsell the Wii U. It will be dead on arrival."

"The Switch will sell better than the WiiU, but only after 2-3 years".

The real question is now: Can the Switch beat the Wii U total number during it's first year or not?

The way it looks it very much could - if there's enough supply!

That's the big one. I am of the opinion that it will sell 11 to 12 million first year, so just under.

That comparison gets more and more embarrassing each passing month.

And this, my friends is what a "front loaded" console looks like. You see those Wii U numbers? You see how they just explode in the first two months and then... Nothing? That's what frontloaded looks like.

At this point we need a LTD comparison chart- hell the switch is handily beating the snot of of Xbone both in weekly sales and launch alighned.

Double the sales, very nice. And I guess it will have better legs as well. Probably a profit maker for Nintendo.

"Not enough games, another gimmick, not powerful enough, no AAA 3rd party games, pricey. Nintendo got in their hands another failure"
I could go all day with this...