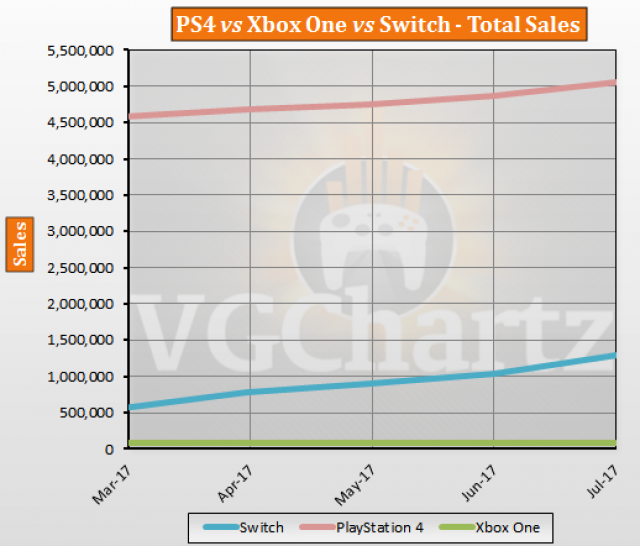 Looking at the total sales of the PlayStation 4, Xbox One and Switch in Japan for June 2017 shows the lead the PlayStation 4 currently has. However, the Switch has closed the gap consistently since it released in March.

Taking a look at the marketshare, the PlayStation 4 has a 79 percent market share, the Switch sits at 20 percent, and the Xbox One just one percent. 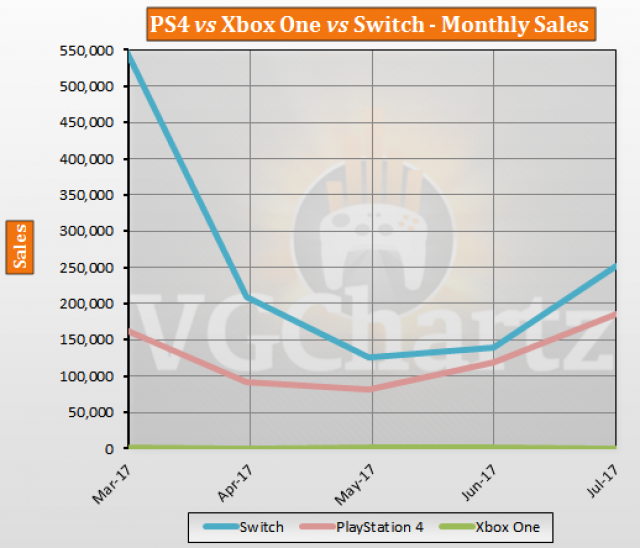 Looking at market share for the month, the Switch managed to achieve 58 percent. The PlayStation 4 accounted for 42 percent of the consoles sold, and the Xbox One less than one percent.

For the sake of Xbox, maybe leave them out of any articles involving Japan.

That Xbox One graph LOL

The flattest line in vgchartz history