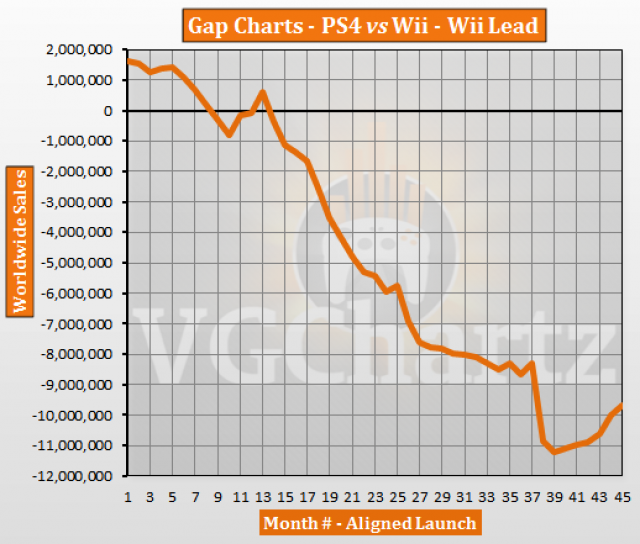 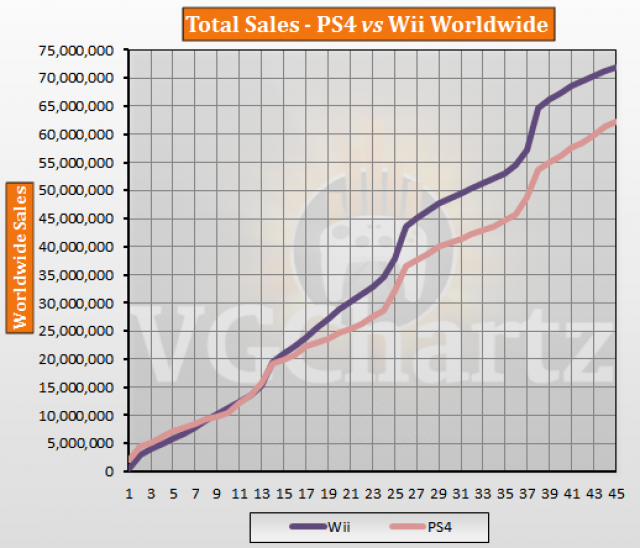 July 2017 is the 45th month that the PlayStation 4 has been available for. During the latest month the gap grew in favor of the PS4 when compared with the Wii’s 45th month on sale. The gap decreased by 318,282 units in the last month. Over the last 12 months it has increased by 1.38 million units. The Wii currently leads by 9.68 million units.

PS4 should have stronger sales than the Wii towards the later years in each system's life cycle. PS4 is only about 10 million behind Wii right now, and we've yet to see a holiday season for this year.

With no PS5 in sight, it's more than likely the PS4 will soldier on for several years, and firmly beat the Wii's 100M.

Wii sale tapered off rather rapidly after the 70 million mark, while Sony has historically been much better with keeping their systems alive and popular for late adopters.