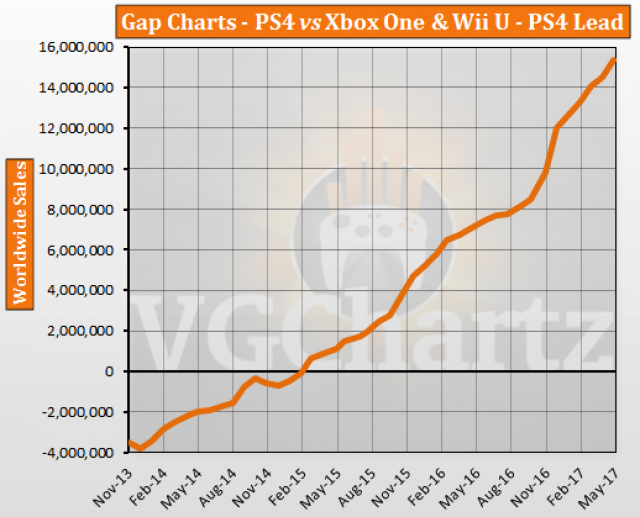 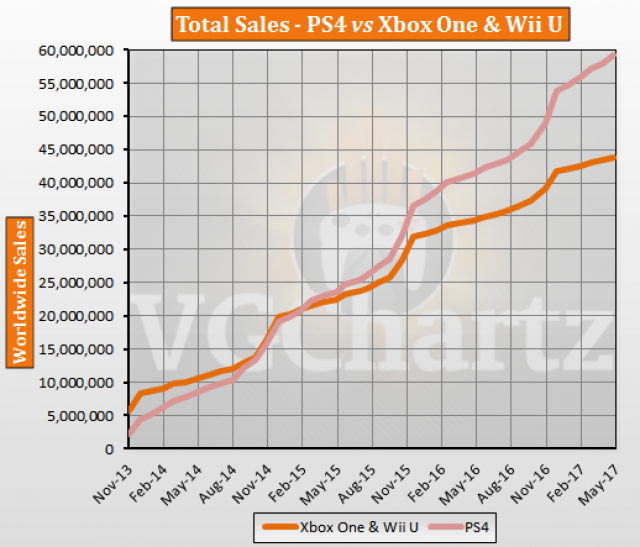 The gap has grown for 29 straight months in favor of the PlayStation 4 when compared to the combined sales of the Xbox One and Wii U. The gap in the latest month grew by 819,107 units and 8.20 million units in the last 12 months.