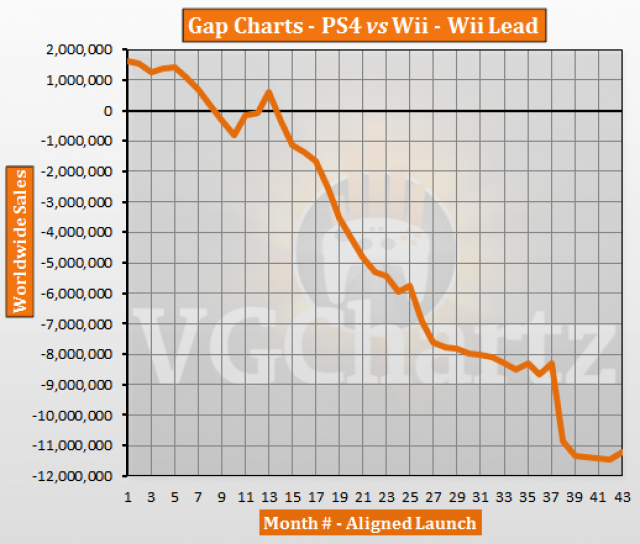 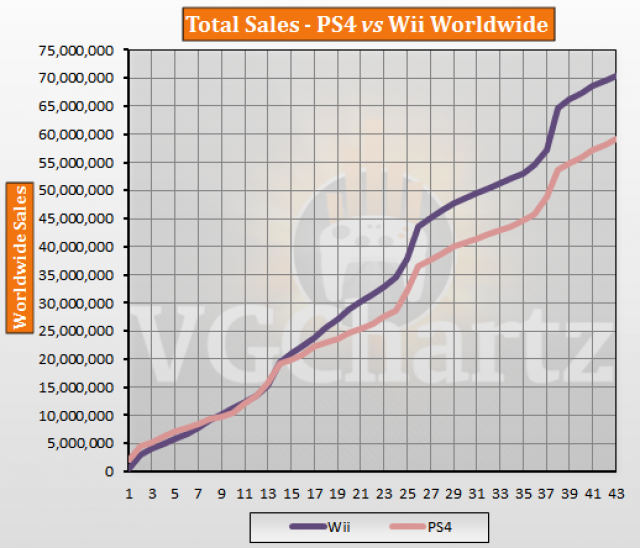 May 2017 is the 43rd month that the PlayStation 4 has been available for. During the latest month the gap grew in favor of the PS4 when compared with the Wii’s 43rd month on sale. The gap decreased by 280,365 units in the last month. Over the last 12 months it has increased by 3.16 million units. The Wii currently leads by 11.20 million units.

independently of the finale Wii has won, PS4 has more models and marketing but the wii-idea is stronger than all ps-families.

Wii was amazing i miss my wii alot right now i sold it 2 years ago and now i want it back. I think ill get one soon cause i really want to play twilight princess again and super mario galaxy

This is the point where ps4's rally starts.

Moreso the point where the Wii's luster behind to fade. The PS4 has been gradually gaining speed, where the Wii was mostly front loaded sales.

Holy! Can't believe the Wii did that in that amount of time!

It's starting to turn.