If you played the outrageously-difficult Ghosts 'n Goblins when it first came out 30+ years ago, you're probably only now getting over the post-traumatic stress. Here to bring you back to the edge of despair is Cursed Castilla EX, a 3DS version of the 2012 action-platformer, which uses Capcom's seminal arcade classic as a blueprint. With beautiful sprite work, gorgeous chiptune music, and thoughtful enemy and level design, Cursed Castilla EX lives up to and eventually surpasses its spiritual ancestor. Moreover, it's noticeably less frustrating.

The characters, mythical creatures, and backdrops of Cursed Castilla EX are some of the most unique in the genre. Based on a fourteenth-century Spanish text called Amadis of Gaul and set in the medieval kingdom of Castile, the game exudes a romantic, chivalric flavor. It's remarkably atmospheric for such a short game. Players control the daring knight Don Ramiro, tasked with clearing the land of Tolometa of monsters. 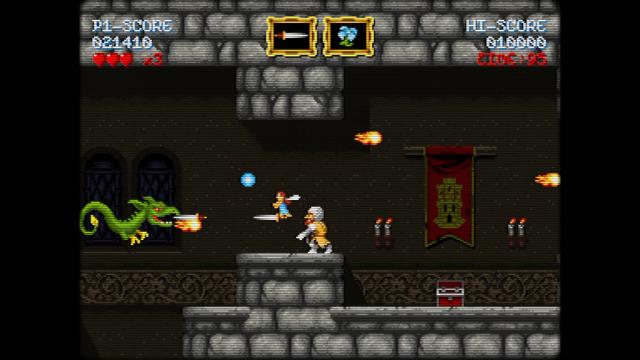 Don Ramiro is a close match for Ghosts 'n Goblins' Arthur, right down to the sword-throwing animation. He will push through eight stages, fight over 40 enemy types, and slay as many as 19 bosses. He can fire his weapon in four directions, including a mid-jump downward attack that's a real life-saver.

During the game players can arm him with several weapons, each with different effects and animations. Daggers have short range but split into a volley of three. Axes and Holy Fire are launched in an arc but are devastatingly powerful. Weapon pick-ups cycle through the full range of options, so players won't be stuck with a weapon poorly-suited for the gauntlet ahead — a small but significant feature. 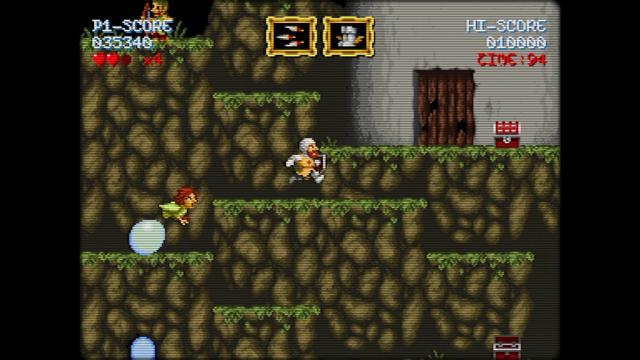 Finding every secret and power-up the game has to offer on your first playthrough is highly unlikely. Thus Cursed Castilla EX encourages multiple adventures through the game, in order to check off every achievement, discover each buried treasure, and witness all four endings. The game offers unlimited continues, which is a blessing, but continue too much and you'll lose your high score and miss out on the best endings. In this way a two to three-hour-long game becomes much longer, and longer still if players pursue the leaderboards or attempt a speed run. 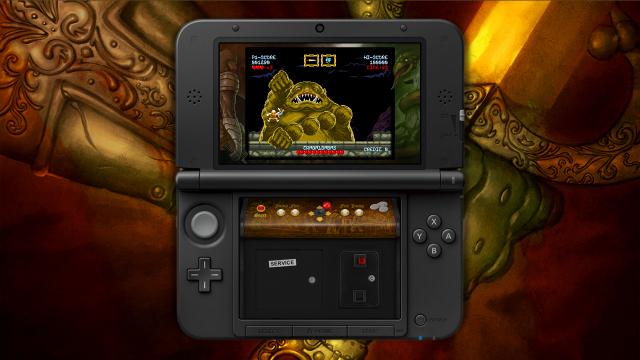 The audio-visual experience in Cursed Castilla EX is as impressive as its demanding gameplay. The pixel work is handsome and detailed, and it pops in the 3DS' autostereoscopic 3D display. The chiptune music, arranged by Gryzor87, seems pulled straight from a 1980s arcade cabinet. In fact, publisher Abylight doubled down on the game's arcade ancestry, adding in the 3DS version an animated cabinet on the bottom screen. Players can even open the service panel and adjust DIP switches.

Fans of the borderline-masochistic nature of old-school action-platformers like Ghosts 'n Goblins and Castlevania will adore Cursed Castilla EX. It's a punishing affair that can be replayed again and again to reach high scores and unlock alternate endings. Players with a lower tolerance for pain and a disinterest in leaderboards should probably stay away. It's a game rooted firmly in the arcade, for better or worse.

This review is based on a digital copy of Cursed Castilla EX for the 3DS, provided by the publisher.