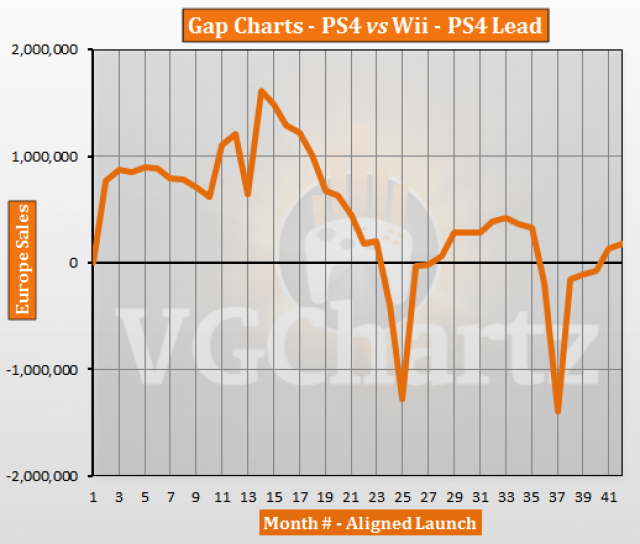 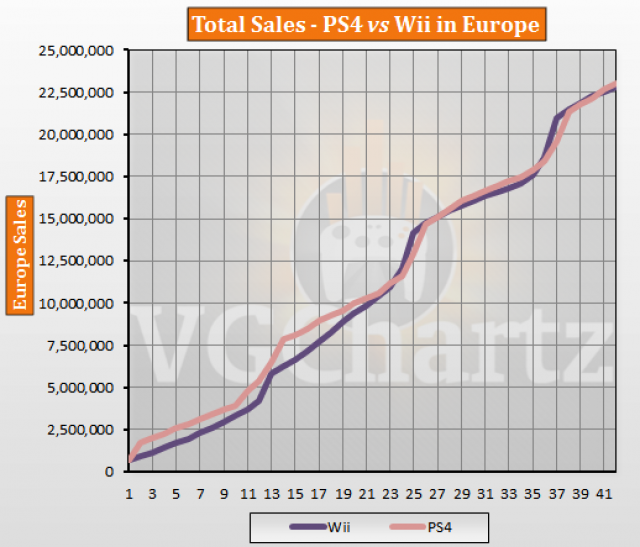 During the latest month the gap grew in favor of the PlayStation 4 when compared with the Wii by 46,005 units. In the last 12 months the gap has grown in favor of the Wii by 100,777 units. The PS4 has retaken the lead and currently leads by 183,568 units.

Ps4 doing amazing in europe. It will stretch it's lead from now on!

Until the next christmas is in. Looks like Wii is slightly winning more ground each christmas, but that might change after Wii peak.

This year should be 2010 for the Wii, so it's the last one with strong sales.