Like 2014's Lords of the Fallen, also by developer Deck13 Interactive, The Surge is a Souls-like action-RPG. It includes all the features typical of the sub-genre: a nonlinear, interconnected environment; dangerous melee combat; menacing boss battles; and meaningful losses upon death. For Deck13, it's an impressive sophomore foray into the mechanics of Dark Souls. It boasts a versatile combat system, a risk-and-reward upgrade system, and a rich, detailed, lived-in world to explore.

The Surge is set in a dystopian world ravaged by global warming, war, and economic inequality. Players take control of a desperate man who signs up with the mega-corporation CREO. On his first day on the job, while he's being fitted with a mechanical exoskeleton, all hell breaks loose at the CREO facility. When our hero awakes, he finds the facility's automated drones and workers have gone berserk. 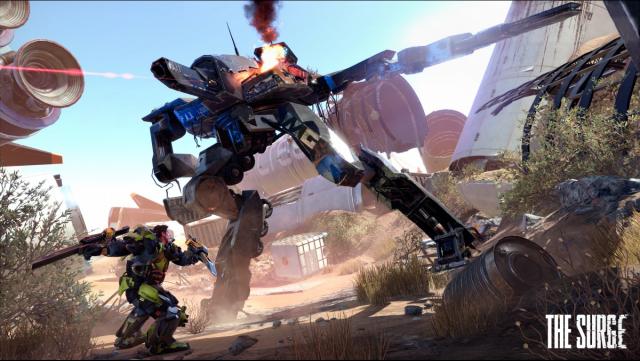 The story and setting in The Surge is well-established and thought-out. It hits all the right dystopian notes, subtly subverting present political conditions by eyeing a disastrous and desperate future. There's even a Google-ish evangelist who gives TED talks on monitors throughout the game — his optimistic, buzzword-heavy sermons made all the more ironic considering the hell on Earth CREO has become. The story suffers slightly from some cliched scenarios and characters, but overall it's worth absorbing.

What's especially impressive about the story and storytelling in The Surge is how it's never intrusive. Our hero will need to sit still to listen to some instructions here and there, but for the most part players will learn about CREO through exploration. The environment itself, filled with audio logs, NPCs, and dead bodies, is a storytelling device. 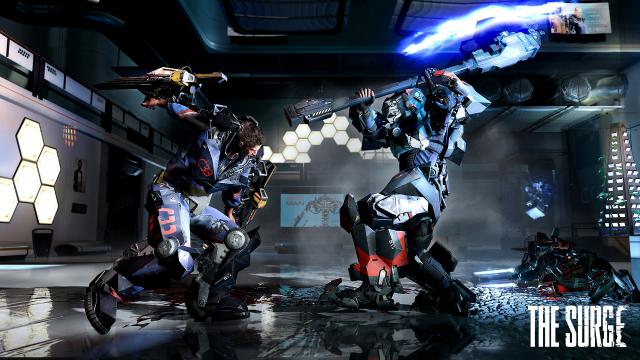 CREO is split into several hubs, across which players can travel via doors and shuttles. As in Dark Souls, The Surge features a large, interconnected world with many secret rooms, hidden items, and short-cuts back to Operations (Ops) which serves as the game's safe room.

No matter its interesting premise and elaborate level design, the true star of The Surge is its nuanced and flexible combat framework. The game features a dynamic targeting system that allows players to focus on an enemy and then pinpoint one of several body parts: head, body, arms, and legs. You can aim for a specific, unarmored part of the enemy's body to defeat it quickly, or take a risk and attack an armored portion to claim new equipment. That's right: in The Surge players can dismember limbs and body parts to find new armor and weapons. 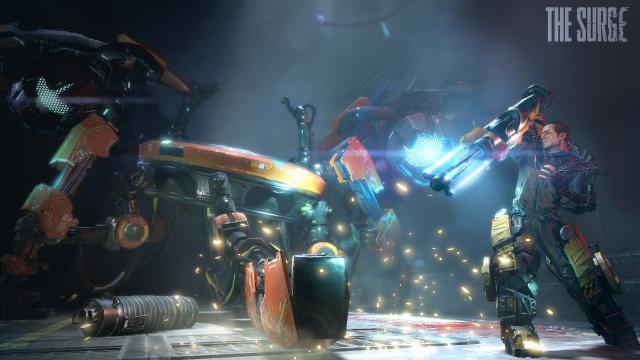 This risk-and-reward combat system is duplicated in the game's upgrade mechanics. As players continue to explore and defeat more enemies, they'll earn lots of scrap, which can be recycled into upgrades in Ops. With larger amounts of scrap on their person, players will earn multipliers for defeating enemies. Die, and all that metal scrap is lost at the spot where you died, and you'll need to fight your way back to your grave site and reclaim your spoils before a timer expires.

Thus, Deck13 introduces a central dilemma to The Surge: do you as a player make short trips into enemy territory, earning small rewards; or gamble with your scrap on long adventures and risk losing it all? 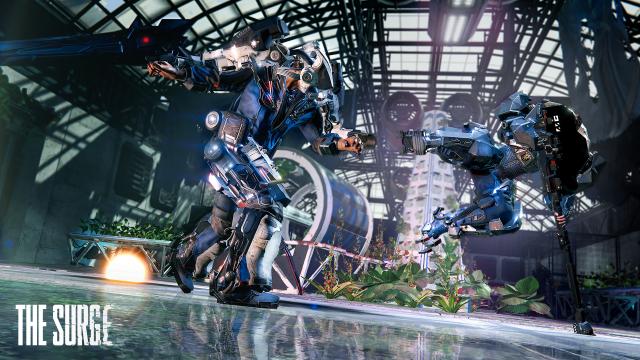 Even for the most risk-averse, The Surge offers a helping hand. There are an abundance of short-cuts back to Ops; scrap can be banked in the central computer; and weapons and armor don't deteriorate over time. This makes The Surge more forgiving than other Souls-like games, for better or worse. Regrettably, the game still suffers a few difficulty spikes, especially in the game's final acts.

It's difficult to summon many negative things to say about The Surge. It checks all the boxes of a successful Souls-like. It gives players a sprawling world that feels real and lived-in. It features an exciting, flexible combat system that encourages experimentation. It includes many different weapons and armor types to satisfy the nimblest acrobat and the bulkiest tank. It's simply a solidly-constructed, well-organized action-RPG that values player choice and agency. The genre is in good hands with Deck13.

This review is based on a digital copy of The Surge for the XOne, provided by the publisher.