Nintendo's seventh video game home console, the Switch, sold an estimated 1,363,622 units worldwide in its first two days on sale*, according to our estimates. First week sales can be viewed on the VGChartz Global Weekly Chart for the week ending March 4. 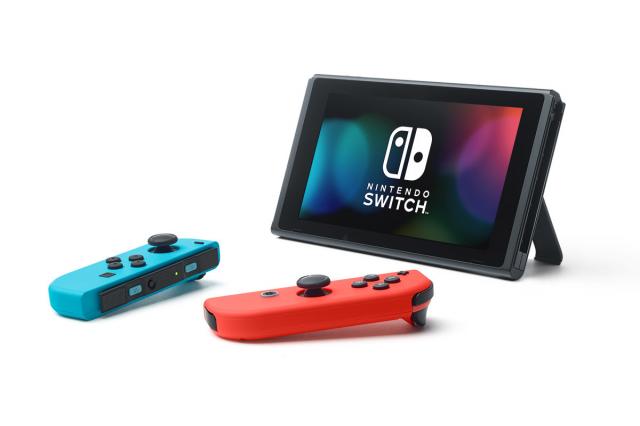 I hope Nintendo keeps the momentum

MK8Deluxe next week, Minecraft after that, let the good times roll tbh.

Well. I think it's safe to assume that they managed to achieve their initial 2 Million shipment forecast.

According to these numbers, Zelda had a worldwide attach rate of 81.9% in the first 2 days, which seems low but that doesn't include digital so I bet it was well over 90%!

And it's attach rate in the US is OVER 100% for the entirety of the month.

Yup which is why I said the worldwide attach rate seems low. If this were any other game, I would have said 82% was a crazy high attach rate lol

And now all the numbers are different. 1.40 million sounds more impressive than 1.36 million anyways.

Sadly (for the WiiU) they're already at like 1/10th of the install base for the WiiU.

That really needed to happen, but yeah I agree it's sad for the WiiU but great for moving peoples minds on from that system and into a switch powered future.

@Ganoncrotch - Yeah, no hate on the switch. Just sad to see the WiiU struggle so much when really, it was like the prototype to the switch.

Aye Hush in ways it was ahead of it's time just that the tech wasn't where it needed to be, also there was some awful marketing where even later on in the machines life people mistook it for an accessory to the Wii console and not a standalone machine. The switch everyone knows what it is, a new shiny Nintendo to play Zelda on :)

Yeah, they did better letting people know that the switch is something new. That said, I still don't think Nintendo knows exactly how to market it (beyond being the machine to play Zelda on ;) ) Funny you mention the WiiU being an accessory bit, as my girlfriend and I bought one a few years back and her sister in law literally said "What's that? an addon for the Wii?".

Aye, I've heard that a load of times and people asked me for advice on where they could buy that tablet for their Wii :s

@Ganoncrotch - Hahaha, that hilarious. Such a botched campaign. Lovely little system though.

It was ahead of its time in ways, sort of like what they wanted the Switch to be but the tech just wasn't there when it launched to achieve that.

Really hoping Nintendo salvage all of the great games from there to bolster the Switches library early on to fill in gaps in the software.

@Ganoncrotch - Yes, that would be wonderful :) They've already got a headstart with Mario Kart and Lego City (Deff in the top 10 WiiU titles IMO).

So counting Canada, Australia & other territories it should have sold 1.5M !

Those are already counted, hence why when you add the three regions mentioned it comes to 91%.

Now if they would just maintain this.

How do these numbers stack up against the Wii U? I ask this because it seems all launches are pretty successful. The Dreamcast was even record breaking at the time until the PS2 shattered it.

Sorry for the duplicate post, I didn't think the first one went through :P

@SuperNintendo0rk Wow dude, thanks for that chart! And damn, the Switch simply SHATTERED Wii U;'s first month and even the original Wii U. Things are indeed looking bright for Nintendo's new console. Impressive!

Yeah it's hard to say how successful it's gonna be in the long run but so far it's off to an amazing start!

Wait- so 1-2 Switch only sold 190k WW in the first two days? That seems on the low side. I expected at least a thrid of Switch owners to buy it at launch, so that would be more along the lines of 400k. I guess not. That's going to make some people here really happy though! ;)

it's too expensive imo. thats why i don't own it (yet)

Great now lets hope third parties will make some games, I will pick one up at some point

Even if momentum tapers off they can drop prices, bundle and ultimately bring out a new better sku later on. I'm personally not interested in buying one myself but it will be interesting to watch how it performs commercially as I'm a long time Nintendo fan.

Path to wii U Confirmed?

well, thats all the Nintendo fanboys with their new toy....the legs should die in a couple months and all the articles will change. I don't want it to fail...i just don't see where the market is in the grand scheme of things for this machine outside the hardcore fan (of which admittedly there are many in Nintendo's case)

What about all the exclusive games it's getting? Breath of the Wild, Splatoon 2, Super Mario Odyssee, and a lot more in the future, like Pokémon. If these games were able to sell millions in the past, then why won't they now? Or do you think these 15 million Pokémon fans will randomly disappear?

I don't disagree with you darkneal. But anything that could be construed as negative towards Sony/Nintendo will get you voted down to the point of censorship on this site.

People REALLY need to look up and understand the definition of censorship. It is not equivalent to, "people disagree with my opinion".

But when Zelda won't sell anymore, that console will become a bigger flop than the wiiu. It's certain.

At first I thought you were being sarcastic, but then I saw you also posted somewhere in a thread that the Switch would fail.

(Please tell me these were both jokes.)

The Switch is a wiiu2.0 even worse than the wiiu and with payable online, but yeah, I was sarcastic of course........ XD XD XD