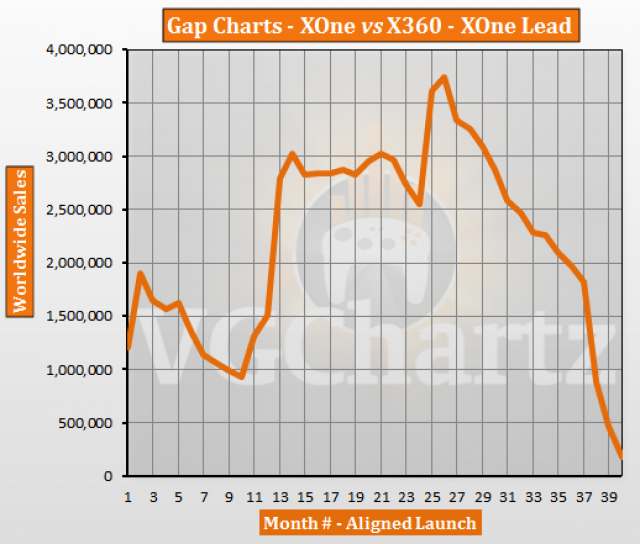 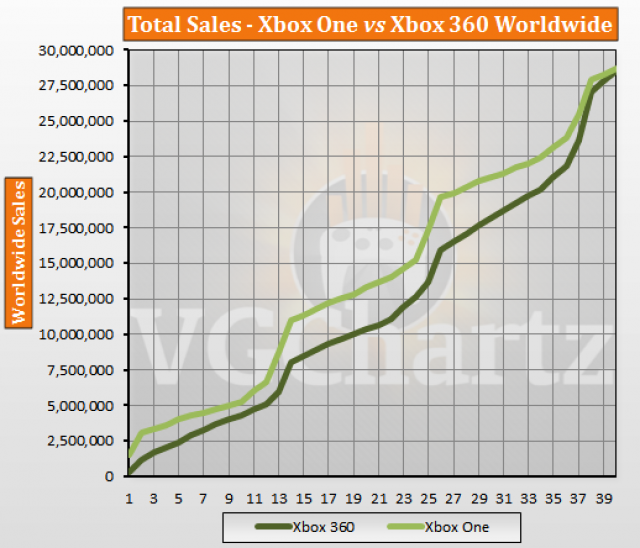 The Xbox One could fall behind the Xbox 360 in March.

Next month the 360 will likely pass the ONE, never to be caught up again.

If anyone wonders, comparison with xbox 360 Kinect era, initiates in December 2018...

True but so will the Kinect

Is next month the month? It's going to be close!

So the X1 sold better than the 360 which was considered a major success. I wonder why gamers still consider it a disaster.. seems to be doing well and MS were right. Its the most successful Xbox in history, i mean the facts are right above..
Kinect will boost 360 sales through the roof however i thought everyone hated Kinect.. the contradictory is strong in the gaming community. Haha
I wonder what X1 has to match 360s Kinect era.