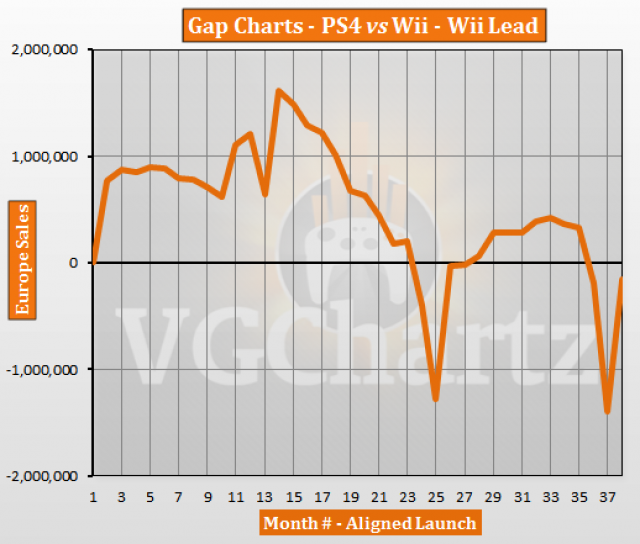 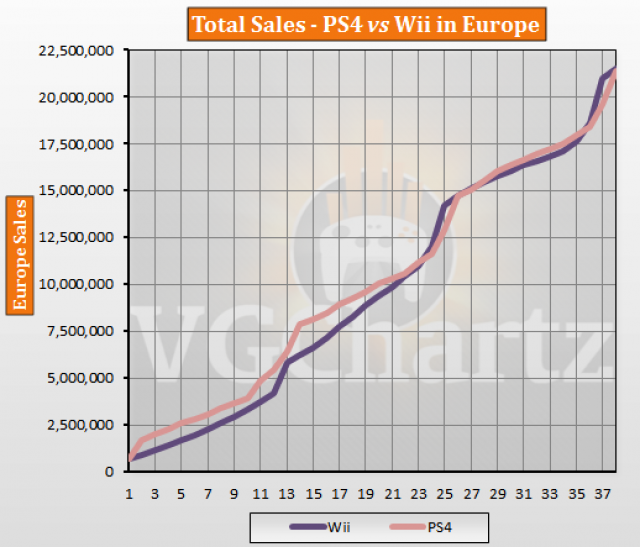 PS4 is Legendary, can't believe it already is this close despite not being as mass oriented like the Wii was and not having those IPs like mario and wii fit. Damn the feels this gives me

This is Europe. Europe is Sony land. It Just shows how awesome the Wii was. And if you talk about mass appeal then FIFA is mass appeal enough in Europe so there goes your argument. If the Wii is ahead in Sony land, then no way will the ps4 outsell the wii

Nah PS4 will sell more than Wii, 105-110 million, it'll have much longer legs. We're about a year away from when Wii started dropping like a stone.

Despite being more expensive, lets be honest. A lot of the people that purchased a Wii did it based on how affordable it was at the moment and not because of the games.

PS systems have long legs, the Wii sold fast, but not for long.
The PS4 will pass the Wii Globably with quite some room between the both of them, Europe is not even in question, if not even the Wii rapid growth can outpace the PS4 at its first half of cycle, PS4 will be sky rocketing it on EU in the long run.

Wow lots of Sony fans here. My comment has been given thumbs down 4 times. The longevity might push ps4 over but the myth of Wii sales dropping like a rock is a lie it went from 25 million to 20 mill to 13 to 7 to 5 or something like that. That is the average inverted U curve of most consoles and not dropping like a rock. Only the longevity might be the most possible way for ps4 to outsell the Wii