If Fumito Ueda was a movie director, he'd be Terrence Malick. Like Malick, Ueda-sama makes games infrequently (three in 15 years) and, in the words of film critic Roget Ebert, "[yearns] to make no less than a masterpiece." This perfectionism comes at a cost of course — The Last Guardian, Ueda's latest, was in development limbo for a decade — but there's simply no denying the results. Ico and Shadow of the Colossus are masterpieces. So too is The Last Guardian.

Set among the crumbling ruins of a long-forgotten civilization, The Last Guardian follows a young boy who wakes up disoriented next to a hulking griffin-like animal. Through voice-over narration, we learn that the animal, "Trico," is a dangerous beast to be feared. Yet Trico is hobbled and bleeding, riddled with spears and wrapped in broken armor. When the boy removes the animal's restraints and extracts the spears, the two attempt to escape to safety and, in the process, forge a strong bond of friendship. 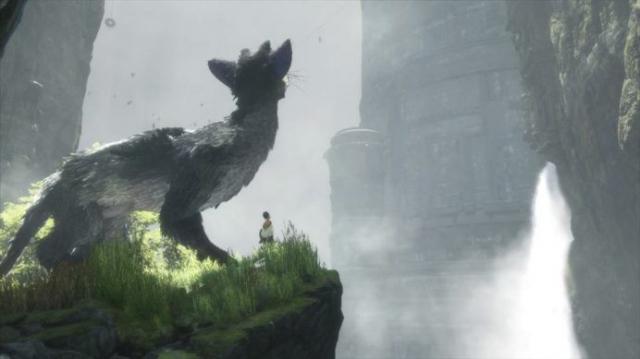 As with Ueda's earlier works, story is important to The Last Guardian. However, Ueda and company buck prevailing wisdom and choose not to tell a story through long, elaborately-staged cut-scenes. Rather, the development team behind The Last Guardian expects players to experience the story through gameplay. It's a sadly under-utilized method for pushing forward a video game narrative, one that takes advantage of the unique interactive properties of the medium.

For every spear pulled from Trico's body, the player feels the connection between the boy and his guardian. For every piece of food found and delivered to the creature, the limits of its stamina are revealed. For every puzzle solved and enemy defeated, another layer of the mysterious world is pulled back. Thus, Ueda follows the maxim, "show, don't tell." 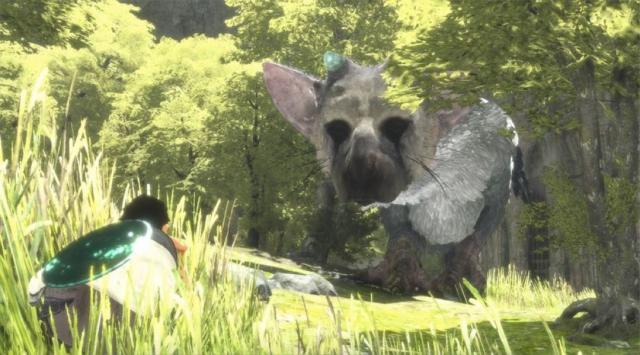 In terms of gameplay, The Last Guardian will be immediately familiar to anyone who's played Ico and Shadow of the Colossus. However, Ico fans will find more to love than those who favor Colossus. Exploration, platforming, and puzzle-solving are the main attractions here, so don't expect any epic boss fights or horseback combat. That's not to say that The Last Guardian takes no inspiration from Colossus. At times throughout the game, the boy will need to scale Trico or climb down its tail to reach inaccessible areas.

Still, at its core, The Last Guardian is much more a spiritual sequel to Ico, which, like this most recent Ueda creation, follows a young boy plus a companion through a ruined castle. The division of labor here is much more balanced, though, with Trico leaping buildings in a single bound and the boy fetching food through small openings and flipping switches. In a way, Trico functions as a multi-tool, as the boy can send it orders and use its giant frame to solve the game's many riddles. 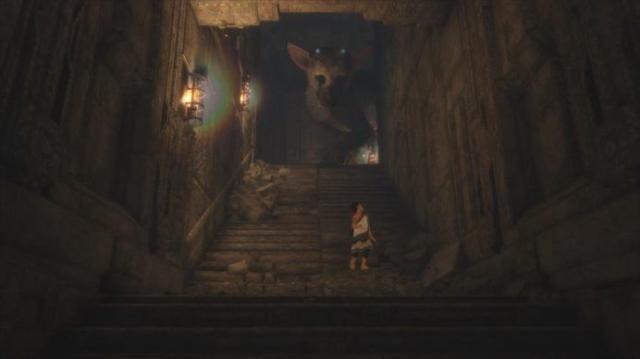 Take, for example, a segment early in the game that was advertised at E3 2015. In this outside area, Trico refuses to move forward as an ominous stained-glass eye pattern blocks the way. The boy must leap down, push the stained-glass off its tracks, send Trico across the adjacent chasm, then leap into the unknown only to be snagged from certain death by the beak of the beast. Events like these are routine in the game, and are all challenging, stimulating, and immensely satisfying.

Although The Last Guardian is a masterpiece of narrative and game design, it struggles in several technical areas, the result, perhaps, of cross-generation development. Controls in the game can be spotty and loose, and the camera often has a mind of its own, not unlike Trico. Framerate drops and stutters are common but, mercifully, not at all game-breaking. 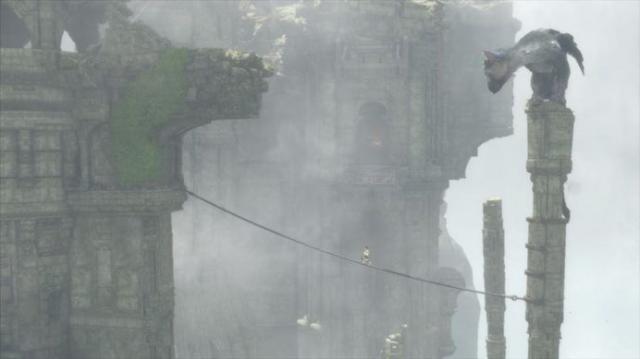 Another technical issue is Trico itself, or, more accurately, the artificial intelligence that dictates its movement and mood. Whether this is an asset or a liability is completely in the eye of the beholder. Some may enjoy the verisimilitude of the animal's stubbornness and unpredictability; others may become frustrated by Trico's inability to read the player's mind.

Despite some technical hiccups, The Last Guardian is a modern masterpiece worth the decade-long wait. Director Fumito Ueda proves once again his mastery of the medium, weaving storytelling, level design, and gameplay into a coherent, rewarding, and emotionally satisfying package. In a year defined by dozens of great gaming experiences, The Last Guardian stands tall above them all.

Game of the Year for me!

Same here :-) After the first 2 hours I started to realize that the game dethroned Uncharted 4 for me :-D

@hunter_alien:Wow, you too huh? I love Uncharted 4 but it got tiresome around the ship graveyard part and it really slowed down for me. It just felt a little TOO long or something.
And yep, as soon as I began helping Trico to break out the chains I was done...right then and there the game was already game of the year for me. I felt INSTANTLY attached to the characters. I'm not even finished the game yet lol....

I really hope this sells well.

I expected nothing but sheer awesomeness. I just wish I had the cash to get that collector's edition with the Truck statue

"...Trico's inability to read the player's mind"?!
Fuck that, you don't need to be able to read the player's mind to know the one thing the AI is supposed to do in reaction to a given situation. The AI is just dodgy! That's a risk of making everything physics based, the programming needs to be a lot more discerning to spacial subtleties. It's a gamble that didn't pay off in my opinion.
Were it not for Trico's AI that had me constantly stressing over my inability to tell if I had fucked up or if the game had fucked up, this would have been run-away game of the year for me.
As it stands, it's just pretty good. I know it'll never happen (because Team Ico don't seem like the types to dwell a second longer once it's out) but I REALLY hope one day for a remaster with way tighter coding.