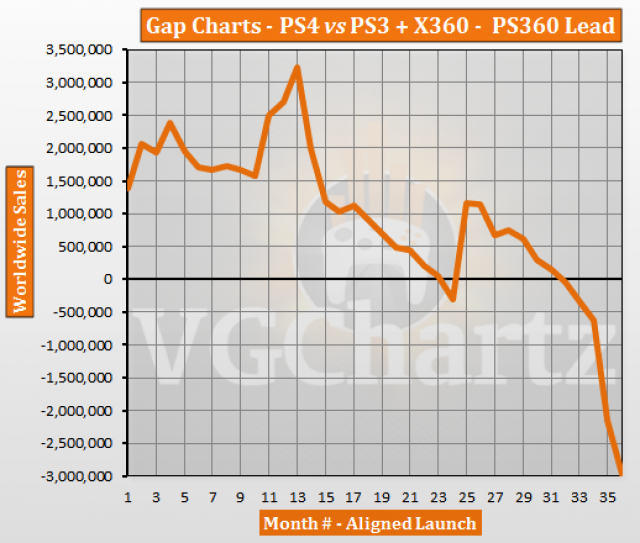 That's through December 6th. Clearly the PS4 sold 4.3 million in November according to VGchartz