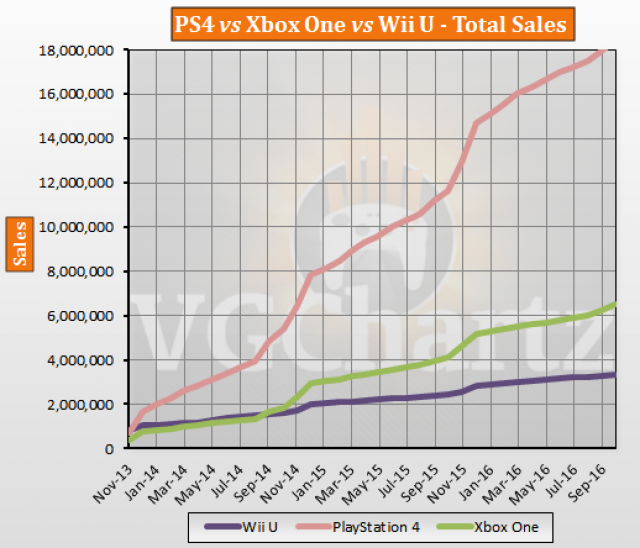 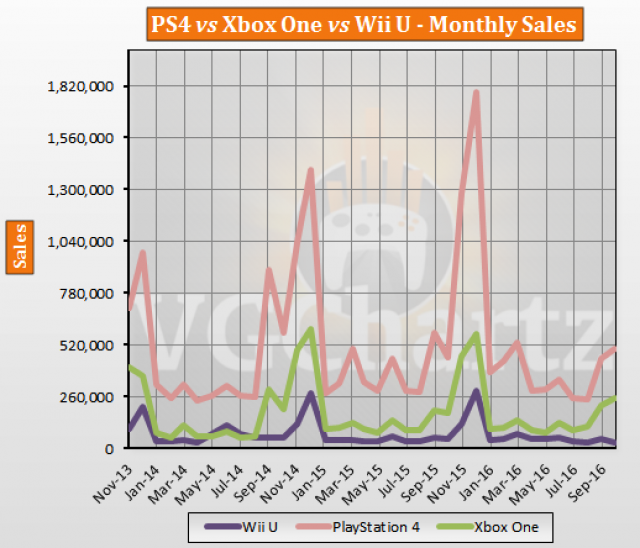 Looking at market share for the month, the PlayStation 4 managed to achieve 64 percent. The Xbox One accounted for 32 percent of the consoles sold, and the Wii U just four percent.

The PS4 is running so sky high that the line doesn't even fit in the chart! ^_^