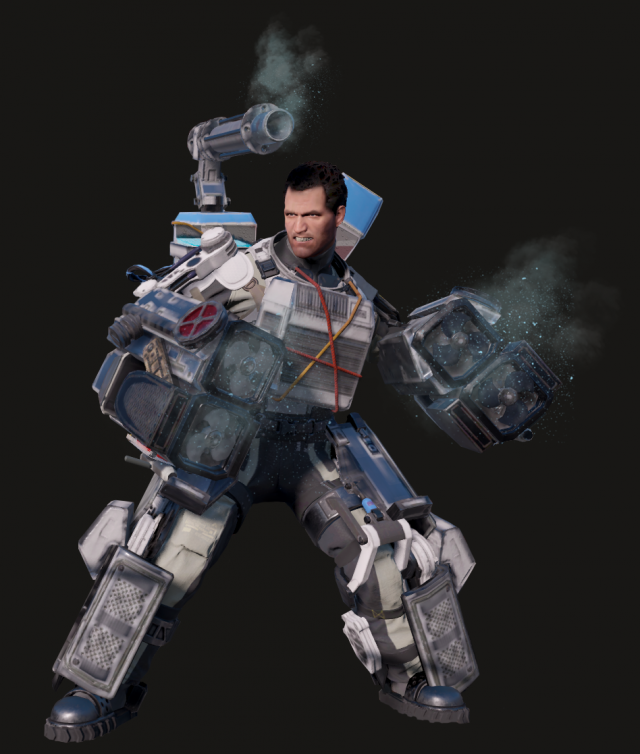 It’s been just over 10 years since the cult hit Dead Rising first graced the Xbox 360 and in that time it's received two sequels, a spin-off, and a remastering. Each of those follow-ups, however, garnered a lukewarm reception of varying degrees, and what fans have really been clamouring for is a true sequel to the original, which featured one of gaming's more unlikely heroes: Frank West.

The do-it-all war journalist was a strange hit; his surprising whit was charming and refreshing when set against the backdrop of a rather colourful zombie apocalypse, and the overall tone of the original compared favourably with other games at a time - a period when most developers were striving for the grittier and more realistic. So returning to Willamette Mall with Frank West after 10 years should be a recipe for a happy reunion. But is it?

As silly as it may sound, Capcom Vancouver actually manage to come up with a good reason as to why Frank West finds himself back in Willamette after surviving the ordeals of the first game. Frank is forced back to Willamette by his new apprentice - Vick - and the two soon uncover the fact that zombies are being used for experimentation by the military at the location. Frank's return to the series is welcome, but the change of appearance is less so. No longer is he a stocky, unlikely hero, he's now a generic, chiselled, almost military inspired character. Combined with the new voice actor, who struggles to convince as the care-free type, and it's a bit of a jarring character return.

The series' gameplay evolution over the years has been controversial but it's fair to say that Dead Rising hasn’t rested on its laurels. Thus Dead Rising 4 brings with it a bunch of brand new combo weapons and vehicles. These combinations are just as whacky as ever, and include some funny contraptions, such as an acid-spewing Santa toy and a grenade tipped sledgehammer, but they're poorly balanced. I found that most combo items were simply so powerful that I could destroy most enemies - even maniacs - in a single hit, which makes the game too easy. 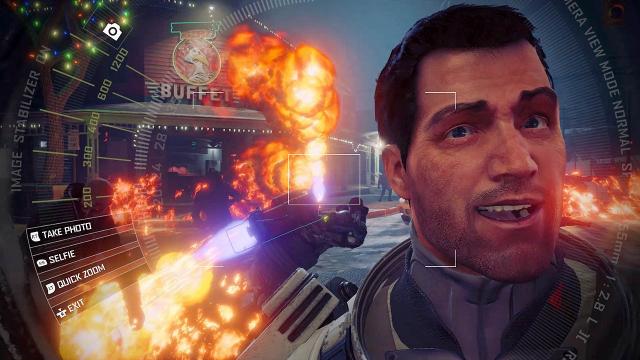 Speaking of maniacs, they’re back, but not as you remember them. At times during the campaign’s six cases you’ll be given a tip-off that a maniac is nearby. Rush over to them on your map and you’ll take part in a mini “tournament”, whereby you take on numerous minions until the main boss finally appears. One of the key problems with these rather repetitive scenarios is that they feel completely divorced from the game's core narrative - they're essentially just side missions that don't feel properly woven into the game. At least in previous Dead Rising titles these villains had back-stories - there were reasons for their madness and they were often actual characters, rather than side quests to quickly be ground through and ticked off the list.

One clear area of improvement comes with the new and updated control scheme, although it will still take some getting used to. From the offset you are always able to have one throwable, one melee, and one ranged item equipped, and you can use the D-pad to cycle through the rest of your inventory. This three-at-once approach can be hard to master, but it's great in allowing you to switch up firing, throwing, or even punching enemies on the fly extremely quickly. 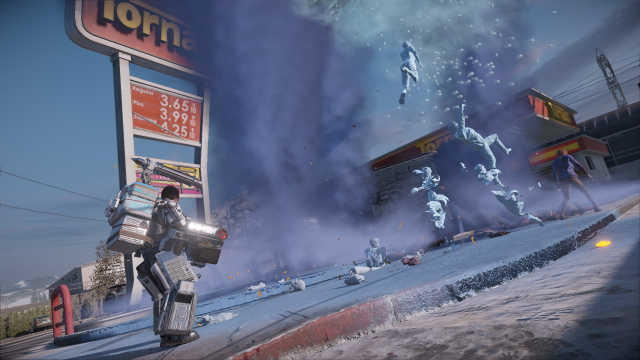 Gone are all of the timing requirements for missions found in previous games. You can take Dead Rising 4 as quickly or as slowly as you want, which is naturally liberating in some respects but also disappointing in others. There isn’t really much to do in the game world itself, apart from shredding through zombies of course, and so never before has a Dead Rising game felt so light on content. The problem isn't the size or quality of the map either - it's large and the environment is nicely detailed, with each individual shop for example being finely crafted and some locales being absolutely beautiful. But there's no reason to explore and the campaign (and even the side missions) don't make use of most of the map.

Capcom Vancouver clearly spent a lot of time crafting a game world that feels varied and lived in, but then did nothing with it. What little content that does pop up outside of acquiring new weapons is unforgivably repetitive and more often than not plain annoying. There are only so many times you'll want to save a survivor from a box or destroy military equipment in the middle of the map before Dead Rising 4 starts to feel monotonous to even the most patient of gamers. 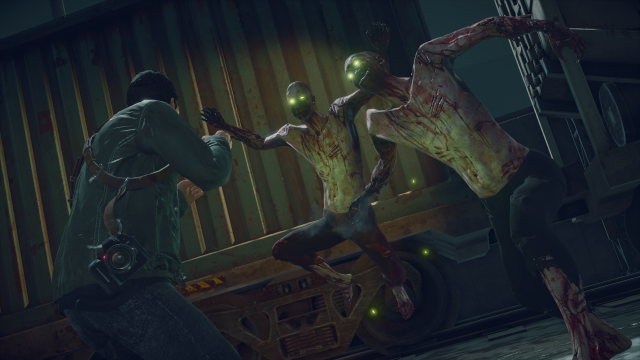 The story also starts off quite strongly but then takes a nosedive. It feels as if the writers couldn't decide whether to take a serious of humorous approach to the game, so while earlier entries in the franchise have often erred on the side of the silly with a measure of success, Dead Rising 4 feels confused in terms of tone and the story begins to drag the experience down.

Despite all of those problems and annoyances, however, Dead Rising 4 does deliver a fun core gameplay experience when it comes to smashing up zombies with random and unique weapons. While I may have spent a lot of this review complaining about the game, therefore, I do want to make clear that it delivers in this key respect, and blowing apart zombies in increasingly creative ways is a blast. My favourite weapon by far was the crossbow combined with fireworks - a combination that proves so successful that it can demolish hordes of zombies with relative ease. There’s something hugely gratifying about watching hundreds (possibly thousands) of zombies flying through the air at your own hands.

The new Exo suit power-up is also fun to mess around with. This army tool can be found in random locations throughout the world, and once donned allows you to pick up massive everyday items, such as arcade cabinets, absorb their powers, and then make use of them for a limited time. Punching thousands of zombies using ice tornadoes is just as fun as it sounds, and so satisfying that you'll wish the suit's energy lasted much longer. 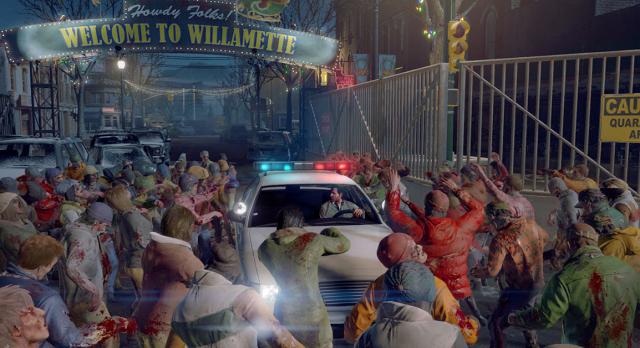 In the end, then, my verdict is a lukewarm as the general consensus regarding Dead Rising's other sequels. On the one hand I thoroughly enjoyed myself, and the game's manic zombie killing is definitely fun, but this is an incredibly flawed title that lacks depth and content. If you've enjoyed the series up until now then you'll probably like this entry too, but don't expect it to leave an imprint on your memory quite like the first one did all those years ago.

This review is based on a digital copy of Dead Rising 4 for the XOne, provided by the publisher.

I couldn't stand the times objectives in 1&2 so that's a positive to me. A bit disappointed they don't have mini bosses with back story any more as they were one of the best parts of the game. The things I enjoyed most about previous versions though were the incredibly detailed open world where you could go into any building or shop, having a million zombies on screen at once and all the crazy combo weapons so if they have improved those elements it's all I need. This is meant to be a fun and funny game not a deep game with a great story so if they have made it those 2 things I know I'll be satisfied.

Like I've said in almost every other Dead Rising 4 reviewer, it's extremely sad to see the status quo of the franchise right now. Ditched are the elements that gave this franchise an identity of its own, and instead focused all their will into expanding what didn't need expanding. Yeah, combo weapons are awesome, but the developer has kinda lost its way and thinks the only Dead Rising charm is a musou with zombies. Gone is the time-sensitive narrative structure that gave you a sense of purpose and achievement (and if it was too much annoying, don't worry, because Dead Rising 2 gave you enough time to do everything without much trouble). Gone are the days of T. J. Rotolo, and don't think for a second this Frank resembles anything at all to the original, or his older self in Dead Rising 2 Case West/Off the Record. Gone are the psychopaths, because why work around some truly memorable foe with a background when you can put faceless goons that offer zero challenge whatsoever. This franchise was already driving itself into the ground with Dead Rising 3, and the developer had a chance to do things right. And here we are now, with this trainwreck of a game that doesn't even know what it really wants to be, one that sacrificed its unique tone and personality in favour of inmediate gratification that ultimately leaves a game lacking pretty much middle and long-term satisfaction. Dead Rising 4 might be a good game, but it's a terrible Dead Rising game that most likely will destroy the franchise for good. If sales are bad, Capcom might consider cancelling it altogether. If sales are good, the developer might go on missing the point with this franchise. It's a lose / lose situation either way.

I miss how it was in DR1, something just felt off.

Very disappointing it seems to have gone to bland full sandbox feeling instead of pulling back the other way.

I will wait when it is on sale

You switched the r and the in in lackluster. Also any word on the ending? I've seen forums suggesting it is a 7 hour game with only one ending unless you buy the "true ending" DLC.

That's how we spell lacklustre in the UK.

I played for around 15 hours and had over 67% completion. The ending still stands as a conclusion in it's own right, but I only learned of the DLC yesterday on reddit, and holy shit does it explain a lot about the end. Kinda sucks &#128577;

"-Too easy" Well, what do you expect when they remove every little challenge. Sad.