The first-person shooter from Electronic Arts - Battlefield 1 - sold 3,464,779 units first week at retail on consoles, according to our estimates. First week sales can be viewed on the VGChartz Global Weekly Chart for the week ending October 22. 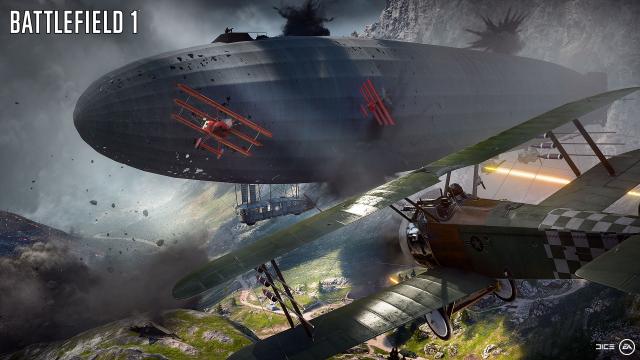 Here is how Battlefield 1' first week sales compare to other games in the franchise:

Battlefield 1 released for the PlayStation 4, Xbox One and Windows PC worldwide on October 21.

What a flop. I'm glad that Call of Duty has once again humiliated this garbage.

So it didn't clearly outsell BF3? I don't believe that. Even if we include digital sales to these numbers it's not apparent that BF1 outsold BF3's opening of 4.68M.

I find that hard to believe because BF1 simply is a huge success and I have predicted this game will outsell this year's Call of Duty even.

If Im not mistaken, its not a full week worth of tracking, just one.

Nautilus, good point. Thanks for reminding of that. By how much would adding let's say the second and third day of sales increase the total number? To 5 million?

Seeing that it misses to track Sunday(22th October is a saturday) and most of sales from the first week comes from the weekend as a whole(its when people usually have free time), its safe to assume it will, at very least, sell an extra 1 million in the next two or three days.So yeah, I believe it could reach, or get close enough, 5 million retail.Thats what I think.

5 million, cool. And if we add digital sales to that, what could it become? This is extremely hard to determine of course. But I'm gonna say 7 million.

Games like Battlefield and COD typically quadruple their first week sales in their lifetime, so 4 x 7 million = 28 million for BF1 and beating this year's COD is not out of the realm of possible.

Well its not impossible, but thats a big assumption you are making.We need to see if Battlefield ends up having those same legs, if the digital Ratio is close to the one you are claiming, and most important of them all, that COD keeps on failing through the holiday(which probably will).I just think you are reaching a little with the 28 million.No Battlefield reached that number, and even though Battlefield 3 did more than 18 million(according to vgchartz) and 1 is doing better, its still a 10 million jump.But lets hope it does!It would be awesome to see COD fails and Activision finally taking the time to freshen up COD.

With digital Bf3 did 5ml and EA said BF1 is selling better tjan 3 so it did 2.ml digitally

That could be PR bs though. They only said it was the biggest launch in Dice's history according to the number of hours spent in game.

I doubt they wouldn't mention sales numbers if it was indeed the best selling entry.

With digital Bf3 did 5ml and EA said BF1 is selling better tjan 3 so it did 2.ml digitally