Three years ago Sega took the gamble of localising the Hatsune Miku video game franchise, releasing Hatsune Miku: Project Diva F for the PS3 in the west.  Somehow, this ultra niche rhythm game franchise has gained a small but dedicated fanbase outside of Japan. Now, thanks to the franchise's newest iteration, Hatsune Miku: Project DIVA X, Sega has successfully modified sections of the core gameplay mechanics in order to create a more approachable and entertaining game. 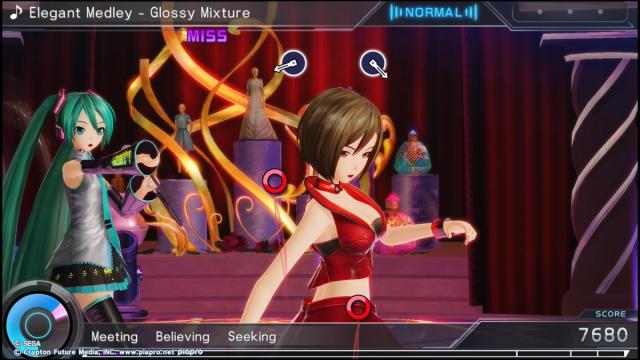 On the surface, Hatsune Miku: Project DIVA X is identical to past mainline entries in the franchise, with the player pressing the appropriate button on the PlayStation Vita when that button’s symbol overlaps its stationary symbol on the screen in time with the music. It's full of tight, rapid, and often chaotic button presses that line up perfectly in conjunction with the song that's being played. Anyone that's enjoyed previous Hatsune Miku games, or indeed rhythm games in general, will feel right at home when dealing with the engaging button-pressing madness of DIVA X.

However, Hatsune Miku: Project DIVA X throws a wrench into the old formula with the addition of Cloud Requests, Event Requests, RPG-like elements, and a 'story', which gives it a very different feel. 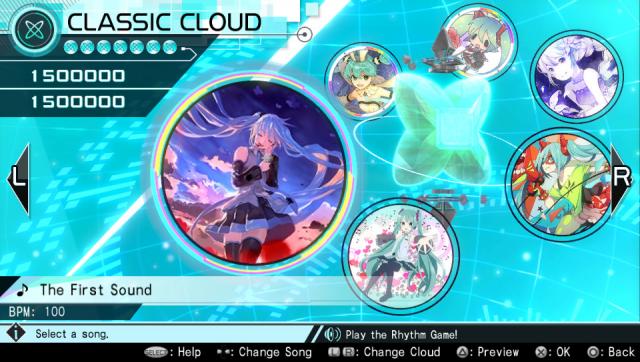 The story is paper thin, cheesy, and eminently forgettable, but it does finally exist and represents a welcome attempt to change up the old formula of just giving the player a series of songs to play through. The most important change from the prior Project DIVA entries, however, is the introduction of Cloud Request mode.

At first glance this mode seems extremely similar to the Free Play mode found in past games, whereby it acts as the main hub for accessing songs, and completing songs here is how you unlock most additional music tracks. The difference is the score system and how you pass or fail songs. In Request modes you can’t outright fail a song if you have a string of bad inputs and go below the margin. Instead, success in this mode is all about getting enough points overall, which makes it more approachable while still giving those who regularly ace songs the bonus of extra loot via drops.

Which leads us to another important change - namely that there is no store in Hatsune Miku: Project DIVA X, instead players receive random accessory, item, and module drops when they complete songs in either of the Request modes. This method of item distribution worried me at first, but my fears quickly dissipated as I progressed through the game because Hatsune Miku: Project DIVA X balances the item drop process well by taking account of song difficulty and player performance. 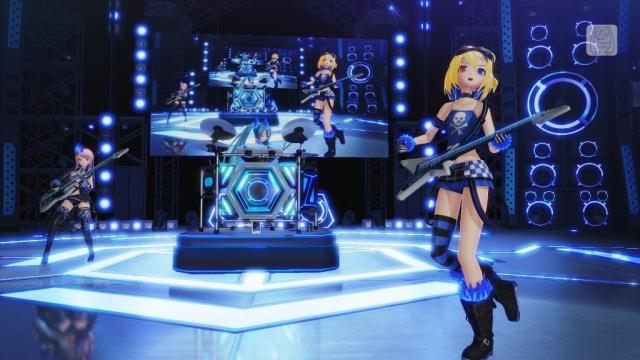 Module and accessory drops don’t just look great, they also impact the game by boosting your score and giving your character special effects when playing in either of the Request modes. Speaking of modules, the game is stuffed to the brim with them; Miku alone has around 100 to unlock and the other five Vocaloids have at least 30 Modules each as well. When it comes to customization content, Hatsune Miku: Project DIVA X is the undisputed king of Hatsune Miku titles.

Song selection, on the other hand, leaves much to be desired. Although the songs that have been included are impressive, there are only 24 regular songs and 6 medleys (mash-ups of various songs not included in the game as singles). Hatsune Miku: Project DIVA X, to its credit, does include several songs that haven’t previously featured in the series, but it's still disappointing for such an important aspect of the game to be so underwhelming. It’s also difficult to view the medleys as proper replacements for the missing content - in general I found them to be too chaotic and random to enjoy, even when compared to some of the more 'quirky' music found in Hatsune Miku: Project DIVA X.

Those who enjoy Len, Ren, or the other Vocaloids will also be disappointed to learn that this is the most Miku-vocal focused game to-date. The other Vocaloids only have one song each where they act as leads singers; most of the remaining songs are Miku exclusives. 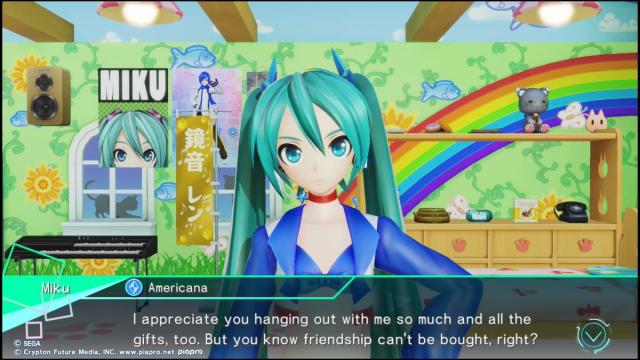 Visually, Hatsune Miku: Project DIVA X looks quite stunning on the Vita, with the Vocaloids looking great when dancing and singing their hearts out. Song stages aren’t generally as artistically impressive this time around, as Sega has made it so that any song can be played on any stage, although some of them are visually interesting, such as the Sentai setting for the Underhanded Rangers, or the witch house setting for the Amazing Dolce. As in previous Project DIVA games, Hatsune Miku: Project DIVA X is frustratingly riddled with lengthy loading times. The loading times between selecting and starting a song average around eight seconds, and this is repeated if you back out to change your singer’s appearance.

Hatsune Miku: Project DIVA X costs $40 and it takes somewhere between 9 to 11 hours to complete the overall story, assuming you spend all of that time in Cloud Request and Event Request modes. There is incentive to continue playing beyond that point thanks to the drop system - during my 20 hours of playing through the game, for example, I only collected 35% of all the modules and 60% of all the accessories - so those who enjoy rhythm games should get good value for money out of Project DIVA X. 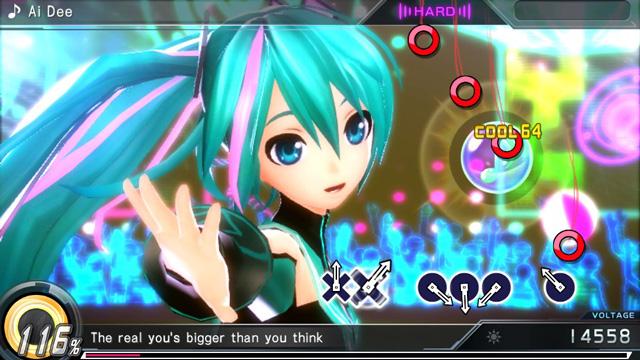 Hatsune Miku: Project DIVA X’s attempt to shake up the gameplay formula is overall a success and allows the game to stand out compared to its predecessors. Anyone who enjoyed past Project DIVA titles, or who enjoys the genre in general, should find themselves at home with the rapid, adrenalin-inducing gameplay that fans have come to expect from the franchise. It's a blast to play, of that there's no doubt, but the lack of song content is a real sticking point; Sega managed to get almost everything else right with Project DIVA X, but this key missing component seriously hampers my enthusiasm for the game.

This review is based on a digital copy of Hatsune Miku: Project DIVA X for the PSV, provided by the publisher.

You know of all the things to skimp on to cut development costs - cause that is the only explanation for this besides stupidity (and this is Sega we're talking about, not Konami) - why on earth would you limit the track list? That's the heart and soul of a rhythm game.

Playing the demo and its very entertaining.

If you haven't played Project Diva f just pick that up instead. It has a better and later tracklist and allows you download user made tracks too.

If you already own Project Diva f... Just go back and play it instead.