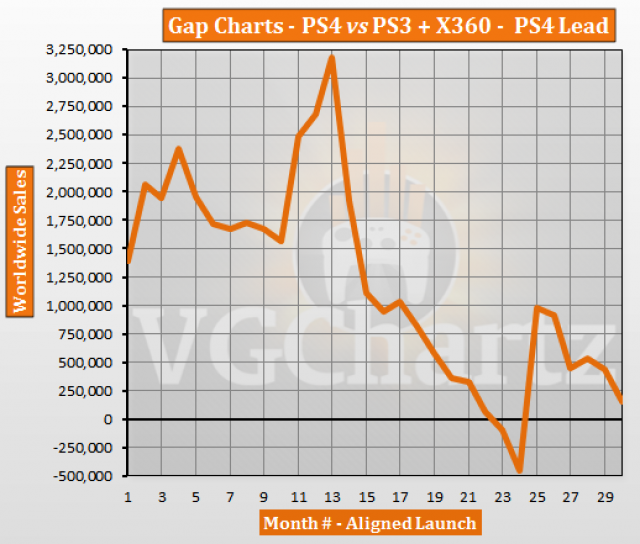 Can't believe the ps4 held out this long ahead of these

May be PS4's last month in the lead, incredible run though.

PS4 is overtracked by 1+ Million, so PS4 Lead is already over.

Lost the lead to who? Also, i expect a spike in the sales after the launch of UC4, so whatever lead you might think it lost, was probably regained by now.

Lost the lead to who? Also, i expect a spike in the sales after the launch of UC4, so whatever lead you might think it lost, was probably regained by now.

vs 360/PS3 combined ! I dont get why People ignore OFFICIAL Numers, Sony just announced as of May 22 that 40 Million PS4 Consoles were sold. And here at the End of April its 40.5 Million so who else cant see its overtracked by a little bit over a Million is blind.
Of course the Numbers are still impressing, but the PS4 is really likely not in the Lead any longer.