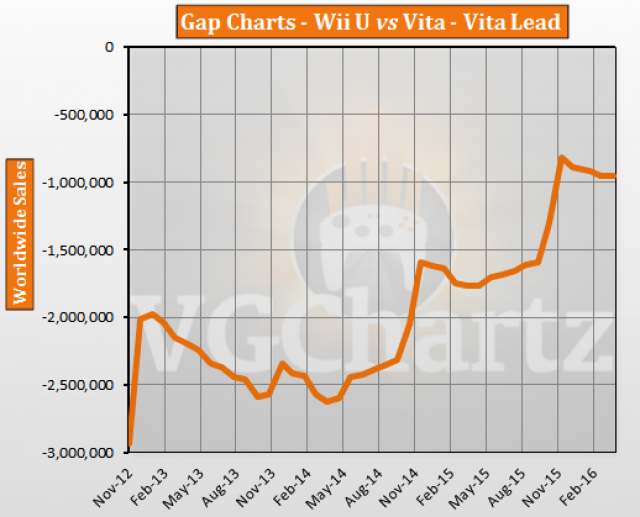 With exclusives in Japan, Odins Sphere and The legend of Heroes II in western lands, among some other releases, the VITA will surely outsell the Wii U most of the year, its won the race.

It's disappointing to see the Vita have failed this badly. However, it's utterly disappointing that a console is in COMPETITION with a handheld. Hopefully we won't have to go through this again

Oh man, I can't speak to the Wii-U from personal experience, but it surely deserves better than this. As for the Vita, it mat be my favorite platform ever. I have about 150 games for it. No PSP or PS1 classics. All Vita games. Even with Sony's utter failure to support it with proper marketing, and cutting off first party support a few months ago, it too deserved better.

No, it's depressing when the Vita still has higher numbers than the Wii's successor.

No it isn't? Handhelds naturally sell more than a home console so seeing a Wii U actually closing up the gap is depressing.

Except not in Gen 8, where PS4 outsells 3DS every single week? The handheld market has changed; they aren't king anymore. Mobile saw to that.