With the indie revolution in full swing, it's not surprising to find developers looking back to their childhoods for inspiration. Lumo is just such a title. It takes inspiration from the old isometric platform/adventure type games of generations past, but adds a 21st century sheen to them, making for a somewhat original take on a largely forgotten genre. 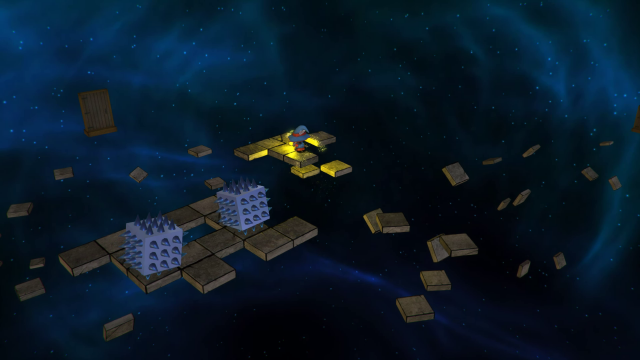 From the offset, Lumo makes sure you're aware of its gaming roots and ambitions. The introductory sequence requires the player to run through a gallery that showcases various classic game types. Each game in the gallery is a clear nod to a bygone era and the shared history which all modern titles evolved from. But it’s not until you reach the final room, which contains a broken arcade machine, that your real journey begins. At this point you’re transported to a new and wonderful world.

Lumo slowly eases you into its uniquely retro playstyle. At first it's a deceptively simple adventure puzzle affair whereby activating levers in one room will open a path or activity in another. However, with its isometric view taking centre stage it can be difficult to acclimatise to at first and this will likely result in quite a few deaths for most players. The shadow beneath your character helps somewhat to come to grips with this issue, but there are a number of sections where the shadow doesn't exist or is actually a detriment, which makes it all the more frustrating. 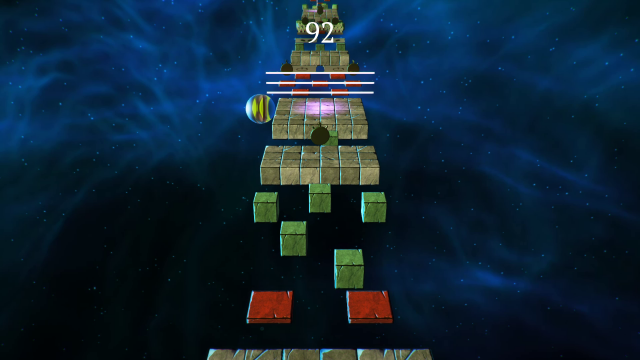 These control difficulties increase as Lumo progresses and begins introducing new obstacles that you must dodge and avoid, failure to do so resulting in an instantaneous death. By this stage of the game you’re not only trying to determine where your character is in relation to everything else, you’re also having to avoid lasers, enemies that make you bounce, and spiky cubes. This all comes together to mean that Lumo can feel really unfair at times, but it's a credit to the game's overall appeal that I was usually happy to pick myself back up and try again.

Presentationally Lumo is so alluring that one would be forgiven for thinking it's a game targeted at children. Everything on display has an almost Pixar-esque level of charm. The occasional references to other games, and weird and unusual Easter eggs (like an employee bathroom appearing half way through the campaign), also add to Lumo's quirkiness.

The rooms you come across do vary aesthetically as you progress, with for example a dark sector making the most of Lumo's game engine (the lighting effects here are fantastic), and ice levels adding some much-needed variety, but for the most part Lumo doesn't change significantly beyond a certain point; the dungeons look basically the same throughout, so get used to those strikingly detailed bricked walls. 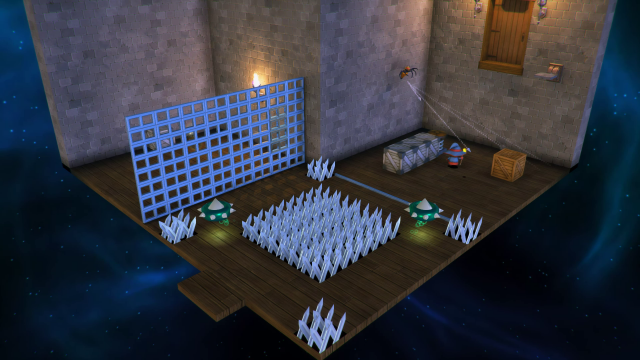 Puzzles make up a core part of Lumo, with switches activating closed doors or new gameplay mechanics in far away rooms. Whilst this sounds deep and involved in theory, I found that the map system employed was rather convoluted and caused me to get lost multiple times whilst searching for something I'd just unlocked. Because of this it can occasionally feel like you’re making little to no progress, which can obviously be frustrating at times.

It's through your own ingenuity that you'll need to solve the puzzles at hand. In some rooms, for example, you'll encounter boxes that can only be moved by jumping whilst on top of them, which places them in your inventory. You then need to decide where this box can be best put to use, without jumping again (as this will cause the box to drop). Other rooms will have you leading an intelligent box around to the right place; this being one which will allow you to gain access to a switch. The puzzle elements are strong and challenging enough that you gain a real sense of satisfaction once you've completed one.

Throughout the course of playing Lumo’s campaign you’ll also encounter new minigames, which actually add quite a lot of variety to the isometric platformer. One for example had me on a mine kart, taking inspiration from Donkey Kong titles. Another has you controlling a ball down a maze - a clear nod to Marble Madness. They’re so varied and cleverly inspired that I was genuinely delighted whenever I came across a new minigame. They're also a very important change of pace for an otherwise repetitive game. 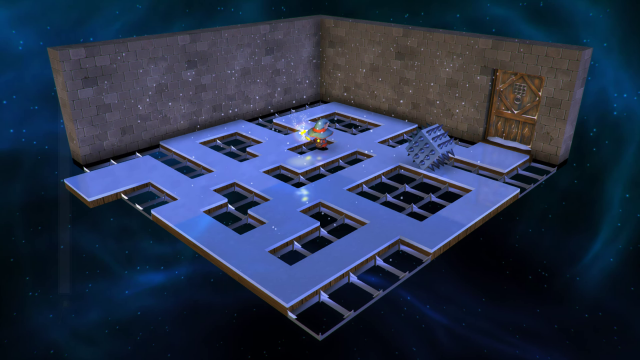 Collectibles - from ducks to tapes to coins - can also be found, giving you a reason to explore every nook and cranny of the environment if you're so inclined. One point of contention for many players will be the fact that, at least for some of these collectibles, there’s no indication of the total number still to be found. This will result in you constantly questioning whether you should leave an area or not for fear you’ve missed something. I personally enjoyed this aspect of Lumo, but it will irritate some.

Other contentious aspects of Lumo include the lack of tutorial or even context for your adventure. It wasn't, for example, until half way through that I found out that you could hold the A button (jump) to bounce the second you jumped on a collectible. This lack of knowledge was a huge issue at the start of the game as it prevented me from finding a large number of collectibles. If I ever want to find them all I’ll have to start Lumo again from scratch.

The music isn’t as polished as other presentational aspects of the game either. By the end of the campaign I was starting to wish I had listened to my own music or a podcast whilst playing instead, which is never a good sign. 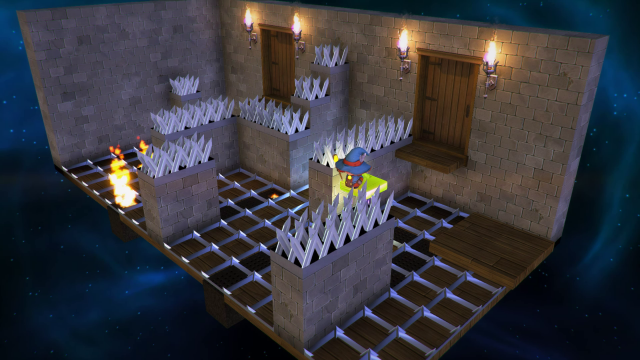 Despite the negatives, Lumo is going to impress a lot of older gamers who are looking to revisit the Commodore and Amiga days of gaming. Those games, whilst revered at the time, quickly gave way to the 2D platformer and other genres, but Lumo shows that such titles can still have a certain charm to them. Lumo is a shout back to all those games many of us love and miss. It's frustrating at times, but when you skate this close to the source material it’s to be expected, and is a risk worth taking.

This review is based on a digital copy of Lumo for the PC, provided by the publisher.

For anybody interested, I also done a video review showcasing Lumo in action: 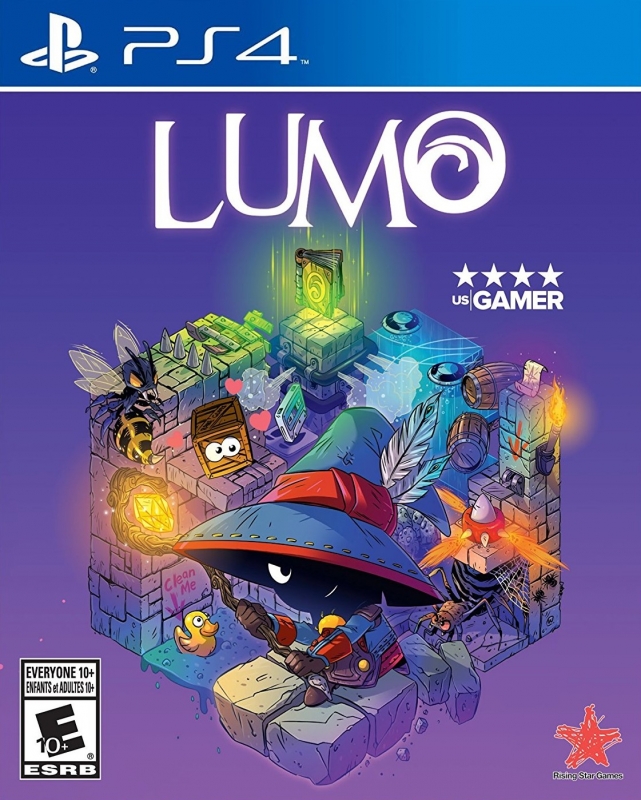