The open world third-person shooter - Tom Clancy's The Division - sold 3,498,837 units first week worldwide at retail, according to our estimates, which can be viewed on the VGChartz Global Weekly Chart for the week ending March 12th. 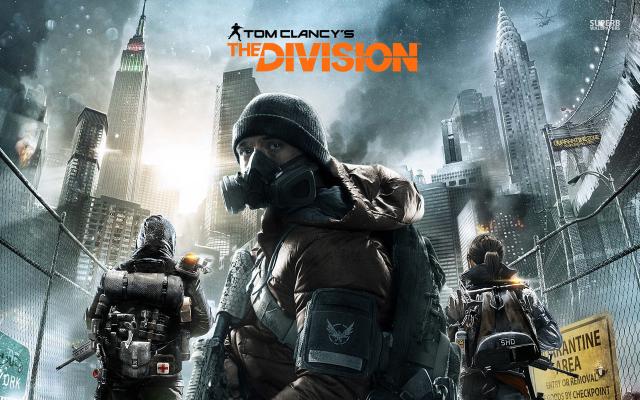 Ubisoft is gonna homogenize all their IPs around this success...hell just read this article
http://www.polygon.com/features/2016/3/8/11179934/ubisoft-division-interview-future-watch-dogs-2
Its just like how they took elements from Assassin's Creed and put it in almost all their IPs. Expect a lot of always online mmo type games from them now.
"online persistence in gaming is only going to get more important"

That's basically their goal, by them blending all their games into a single format, it makes it much easier for them to keep churning out game after game per year with loaded season passes and micro/macro trans on top to net more cash. They also have the first Creed movie coming out eventually and I imagine they will just lob all their merged IP's towards the film industry with ticket pre-orders (Like they are currently doing with the first Creed movie) merch and likely exclusive DLC stapled to said tickets. Before WD was out they said they didn't want to just make a new IP if they couldn't make more of it, they willingly admitted they would rather milk a new IP each time than making some nice one hit wonders that will remain unique and be remembered for years.

it is how business work , you want them to make an ip that makes them money , then stop it there ? imagine if RS has made only gta 1 !

yes, while their format feels like an evolution from where they were headed. The game itself is very different from most of their fare. For one it has way more WRPG elements to it than there other mainstream stuff.

MMOs are on the rise on consoles. Take note Blizzard and other PC only devs.

is that some sort of jab or something?.

MMO's are still wildly popular on PC like Black desert, XIV and the upcoming Legion expansion for WoW.

What about console only devs taking note when it comes to Star Citizen?.

Star Citizen? You mean you want console devs to start gouging people for money and then take a stupid amount of time to actually release a game? :p

Biggest grossing KS for a game so far =P.

It's looking quite something and I;m eager to see more Mark Hamill, Gary Oldman, Andy Serkis and GIllian Anderson.

I want to play MMOs on my console. There's clearly a market for it as evidenced by the Division. Strange we haven't seen commitment from Blizzard and Guild Wars developer as an example. Porting Neverwinter on PS4 is also painfully slow.

MMO's as a genre are mainly played on PC, the style you have are both regarded as shooting MMO type games with Diablo style loot with the only one that resembles WoW being XIV. The market as it stands is mainly with PC regardless of evidence being shown on the console side, otherwise if it were the case that consoles>PC in terms of the MMO genre, we'd have seen all MMO's under the known sun and all devs jumping ship entirely, but we haven't seen any such thing happen because the market is just too big to ignore.

A PC is a PC that basically makes all our video games, there is zero reason that platform shouldn't be able to play every game of very genre (with paid deals being the main factor of stopping them from being played), consoles on the other hand can't handle every single genre, as noted by the years of RTS titles that were on and off console gens and the watering down steps that were taken to make sure they played on said consoles, MMO's and RTS games just work and play better on a PC just like with FPS, you can totally play an RTS on a console but it will be watered down and less efficient with input keys being lost when bound to a gamepad with less buttons than a keyboard, which most MMO's have need of.

I would suggest to just build or buy a PC if you really want to play the genres at their best than trying to wish for everything to adhere to a gamepad and one single console, I mean plenty here will tell the average joe to get a PS4 to play PS4 titles or a Wii U, the same should go for PC.

So the game sold 18% of the Total Sales out-side USA, Europe, and Japan ?, this is impressive.

Its hard not to be glad when a DEV invest in a new IP, delivers a quality product, and reaps the benefits. Even if you did not like the division or shooters in general a new IP breaking through will embolden other devs to try new things.

I honestly thought it was going to be Watchdogs meets Destiny, but now playing through it, it has its own unique feel.

From UBI's perspective the this game is a natural evolution for them. The main missions where you link up reminded my of the co-op challenges in Unity, but they expanded it.

It has a few holes in it. For instance my brother is behind me, and we really wont get to play much until we both get to level 30. Basically right now I can drag him through mission to get him leveled up a good bit, but even then it would probably be faster and more enjoyable for him to just do a quick match maker for those mission.