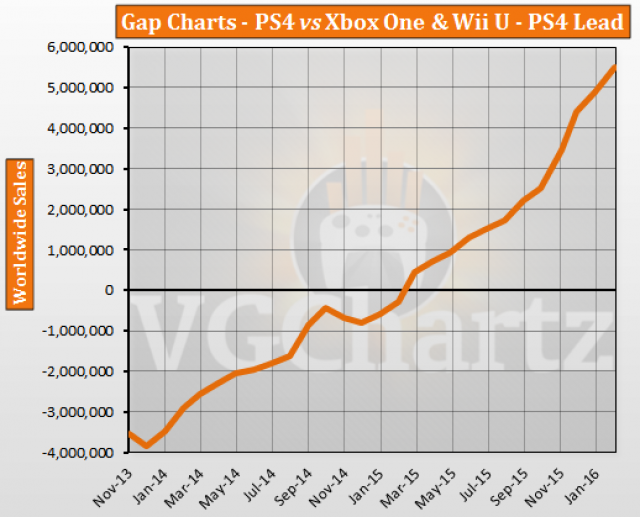 The gap has grown for 14 straight months in favor of the PlayStation 4 when compared to the combined sales of the Xbox One and Wii U. The gap in the latest month grew by 622,069 units and 5.78 million units in the last 12 months.

they are all amazing consoles, but wow the ps4 is a beast! really good sales.

Weird... I could have sworn that the PS4 only recently overtook XB1 and Wii U sales combined but that graph suggests it was over a year ago... has it really been that long??

that's right, i remember reading about ps4 selling more than xb1 and wii u combined last year on some gaming site

Maybe next we could compare PS4 against 3DS. Reigning champion for numbers vs up-and-comer.