The Pokémon fighting game you've been waiting two decades for has finally arrived on Wii U. And - surprise! - it's glorious. What could have been an uncomfortable marriage between traditional fighting game mechanics and Pokémon movesets ultimately ends up bring one of the most complete, rewarding, and accessible fighters of the generation.

Credit for the strength and stability of Pokken Tournament goes to industry veterans Masaaki Hoshino of SoulCalibur and Katsuhiro Harada of Tekken, who, along with developers at Bandai Namco, have transformed a beloved role-playing franchise into a competitive fighting game. Most impressively, they managed to retain the depth and finesse of fighters like Tekken with the accessibility and tactical qualities of Pokémon. 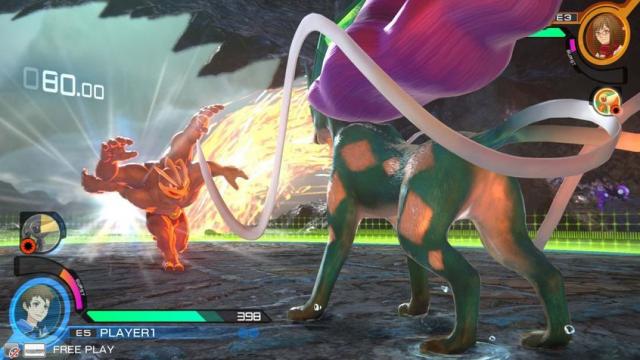 In many ways, Pokkén Tournament functions as your typical modern fighting game. Players choose one of 16 Pokémon, select a stage, and fight one-on-one with a human or computer opponent. Yet there are several features and nuances that make Pokkén stand out among a rather crowded genre.

First and foremost is its phase system. Instead of locking the camera into a fixed point of view, the game switches back and forth between two unique perspectives. The first is Field Phase, which looks a lot like the behind-the-back third-person perspective in Dragon Ball Z: Budokai Tekaichi. The second is Duel Phase, which is much closer to the 2D perspective of games like Street Fighter. 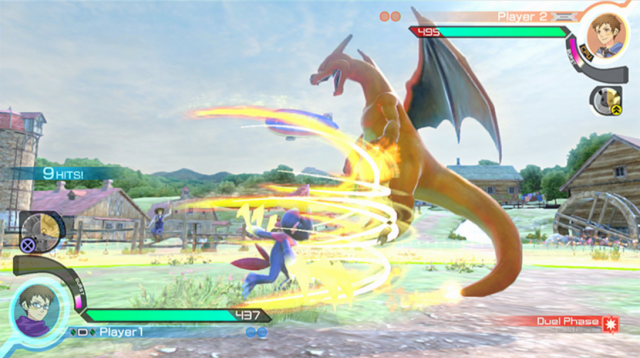 Field Phase opens up the entire arena. You can move freely in three dimensions, firing off projectiles and homing attacks. If you inflict enough damage on an opponent then you'll both be pulled into Duel Phase, where things get up close and personal. For newcomers, the transitions can be disorienting at first, but after a few matches the shift between perspectives feels natural. Moreover, it makes each match more interesting and adds another layer of strategy - as Pokémon can perform different moves in each Phase.

Two other wrinkles to the gameplay come in the form of support Pokémon and Synergy. Before each fight, players can choose two support Pokemon to take into battle. These sidekicks perform one of three functions: attack, disrupt, and enhance. Lapras, for example, attacks with Surf. Then there's the Synergy meter, which fills up as players deal damage. Once full it can activate a Mega-Evolution (for those Pokemon which have one) or a powered-up state. In this state, Pokemon have stronger moves and access to a Synergy Burst, which, if timed correctly, is devastating. 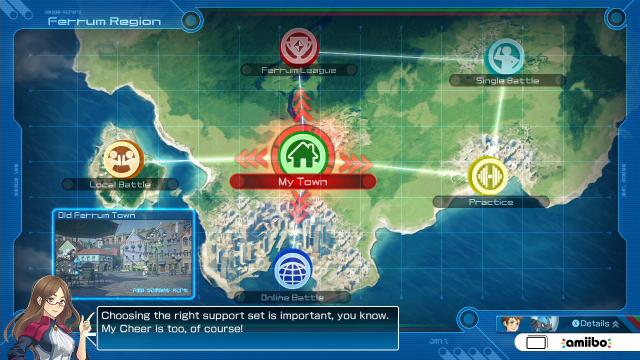 With 16 playable characters, 30 support Pokémon, and lots of special moves, Pokkén boasts plenty of depth and replay value. But the roster and mechanics are just two elements of the game's appeal. The others include several single and multi-player modes, some light RPG elements, and dozens of unlockable items.

Players can choose from several towns in the Ferrum region, each with its own mode or menu. Practice offers a full suite of tutorials, which are easily understood and comprehensive. Single battle allows one-off fights with CPU opponents under custom rules. Ferrum League is the game's main campaign, which asks players to climb the ranks and fight rival trainers. Local battle involves two-player local multiplayer, with one participant looking at the TV and the other at the GamePad, and finally Online Battle opens the field to players from all over the world. 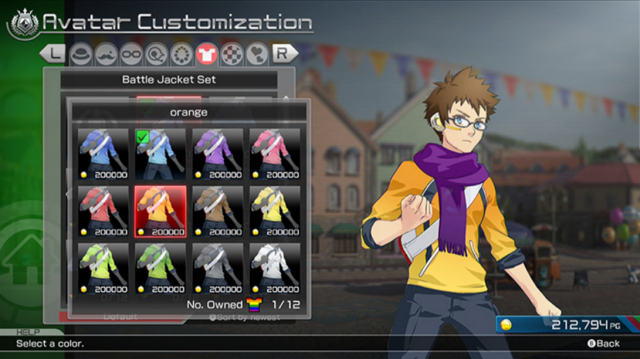 There's good news and bad news about local and online multiplayer. The good news is that online multiplayer is silky smooth and those players who "rage quit" mid-match will lose gold, the in-game currency used to unlock cosmetic items. The bad news is that in local multiplayer the game's graphics are degraded and the framerate - usually a buttery 60 FPS - is halved to 30 FPS.
Finally, Pokkén features some light RPG components. As you fight through Single Battle and Ferrum League you will earn new titles and your Pokémon will level up and earn skill points. These points can enhance one of four attributes: attack, defense, synergy, and strategy. Skill points can be toggled on or off in local play, and appear to be deactivated during online play, creating a level playing field. 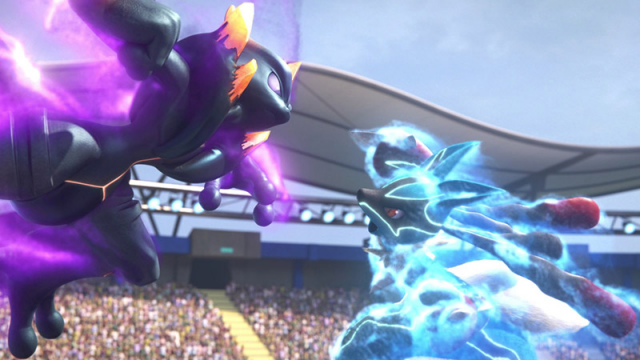 Pokkén Tournament is an unqualified success. It smartly weaves the universe of Pokemon with the fighting mechanics of heavyweights like Tekken, SoulCalibur, and Street Fighter. It's accessible enough for fighting novices and layered enough for experts. Players will find in Pokkén hours of entertainment, whether spent honing their skills in Practice, climbing the ladder in Ferrum League, or fighting others in local and online play.

Nice review. I played the game yesterday at a friend's and now that I'm back home without it, I'm missing it a lot - it really is a glorious game. If anything, I don't even mind the 30 FPS in local multiplayer that much. For some reason, it's nowhere near as noticeable and obnoxious as the FPS drop in, say, Mario Kart 8's multiplayer.

Glad you are enjoying it! Here is some up votes!

I get a raise in a few weeks. Will pick it up then.