The latest Star Wars game - Star Wars Battlefront - sold 4,658,169 units first week worldwide at retail, according to our estimates, which can be viewed on the VGChartz Global Weekly Chart for the week ending November 21st. 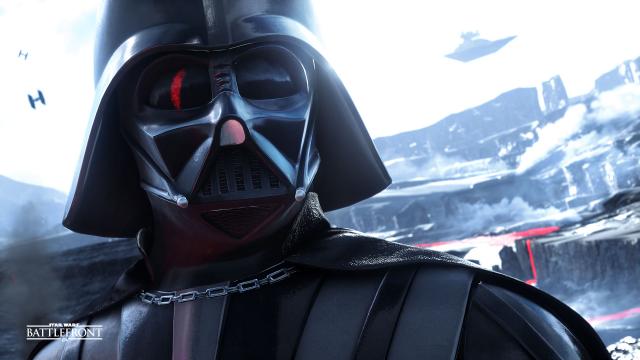 Star Wars Battlefront launched on November 17th in North America and November 19th in Europe for the PlayStation 4, Xbox One, and Windows PC.

So sad that so many people got duped by EA/DICE. After the beta I knew the game wasn't for me. So much missing from Battlefront 2. An overpowered weapon provided early to everyone who paid the extra $10 for the deluxe edition. It's just a mediocre shooter all around.

Hope they choose Halo 5 instead or maybe BO3.

Halo 5 Warzone is a ton of fun. I haven't played arena, so can't say anything about that.

I've put 50 hours into battlefront and it's a blast. So glad we got something different and not the usual try hard shooter. There's enough of those.

50 hours of rinse and repeat rinse and repeat OneKartVita? the content is just not there, congratulations to having fantastic resistance to getting bored while playing a game that has like no gameplay modes of any variety

Mountaindewslave - Everyone likes different games. Some people are playing a ton of Battlefront, while others don't like it.

Mountaindewslave - Everyone likes different games. Some people are playing a ton of Battlefront, while others don't like it.

I agree. I just wish it was grander...for example instead of star destroyers crashing in the far bg have one crash into the map, creating a whole different layout and tactics. It plays like a simple last gen multiplayer.

You mean as opposed to playing cod that feels the same as it did 8 iterations ago back in 2007. I'd rather play a game with 5 big quality maps, 8 smaller maps and 10 modes that's feels fun and different to the usual shit that's pumped out annually.

Lame. So many more worthy games out there. And this gives strength to the rotten business model this game has.

Man. 4 million under preforming. What did they need 8 million?

4.66 million doesn't seem like underperforming to me, but I do remember that quote. Though, not sure if it will sell 13m by end of March like EA expect.

lol, I never paid much attention to that statement. This games audience is quite casual I imagine many went to target, walmar etc

It's a fun game. I bought the season pass too.

Great fun game that nails the star wars feel. Nice reboot and sets them up nicely to hit the ball out of the park for battlefront 2.

I haven't brought it yet, I heard its nothing special in terms of gameplay, I was considering it just for the visuals and sound which I heard look and sound amazing.

The gameplay is actually a lot of fun. It's like battlefield with jetpacks.

By the time it goes on sale for a price I am willing to pay, I am sure everybody will have moved on to another game. Just too expensive for what you get imo.

By the time it goes on sale for a price I am willing to pay, I am sure everybody will have moved on to another game. Just too expensive for what you get imo.

I unfortunately had to skip buying it, since there is no single player campaign.