Welcome to the latest edition of the ‘PS4 vs Xbox One vs Wii U USA’ article. This series compares monthly and lifetime sales of the 8th generation of home consoles - the PlayStation 4, Xbox One, and Wii U in the US. 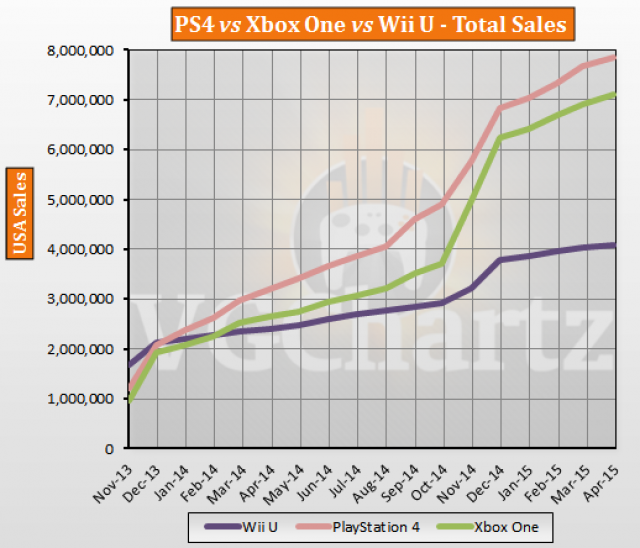 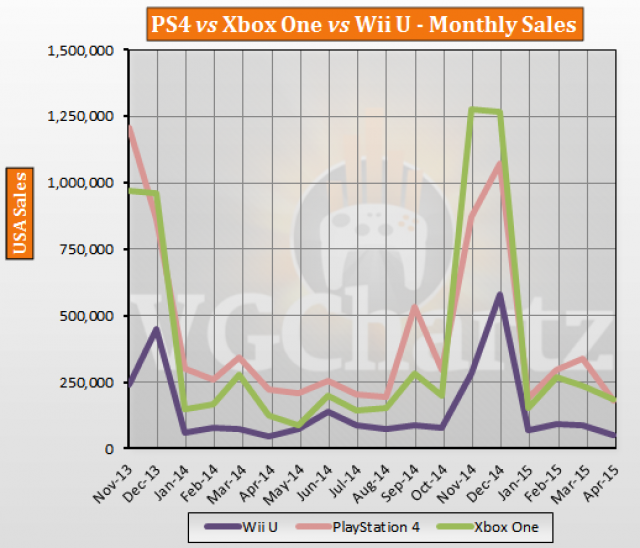 Xbox One is 4k undertracked, while PS4 is 6k overtracked. It need to be fixed (since we got NPD numbers :P).

Only a 751k differnce? Smaller than I thought it would be.

Stop it ryng...
You're acting like it's far off the npd numbers...

Well this is a weak month

Yeah, that's how it works: Sony fans bleat about kicking arse and really they are just barely ahead in the US, selling barely any copies of their exclusives to their 'much larger' install base. Yet they apologize not one whit.

That PS4 lead in the US is pretty significant when you consider how much of a lead the 360 had over PS3 in the US last gen, the fact the XBone has been the cheaper console for a while now, and the fact that the US is the XBone's only really strong region. Also, last I checked, PS4 exclusives still sell better than XBone exclusives. Don't even need to bring up multi plats.

C'mon, America, are you really letting Xbox One get that close to PS4? Can't wait for that price drop to widen dat gap.

Can't wait to see a tight gap imo, much better for both parties in the end.

Given how many desperate moves M$ has made in the last several months, none of this surprising.