With the last eight tracks for Mario Kart 8 finally available for download, it seems like the perfect opportunity to rank the game's ten best courses. With a total of 48 tracks, ranging from underwater coral reefs to futuristic cities to an imposing stone-and-iron fortress guarded by a giant molten turtle, Mario Kart 8 has it all, and then some.

Not all courses are created equal, however. Some are forgettable. Some, conversely, tower over the competition like a Mega Mushroom among Mini Mushrooms.

Here's a look at the ten best tracks from Mario Kart 8. 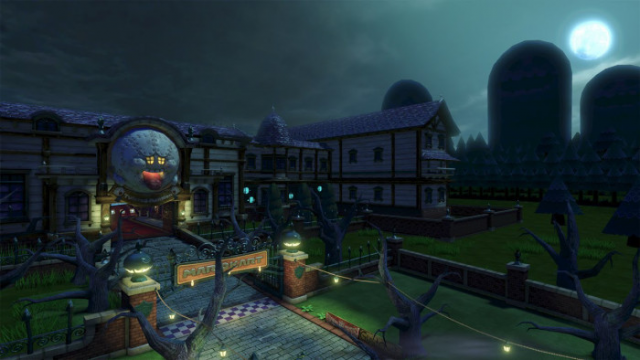 Part "Luigi's Mansion" from Mario Kart DS, part "Curien Mansion" from Sonic & Sega All-Stars Racing, "Twisted Mansion" is a scary, serpentine ride through a haunted house. Along with some spooky music and excellent production design, "Twisted Mansion" excels by providing players with several different hooks, all of which flow naturally together. Whether it's an undulating carpet, a combination underwater-antigravity section, or a hanglider ride across a moonlit courtyard, "Twisted Mansion" never fails to please. 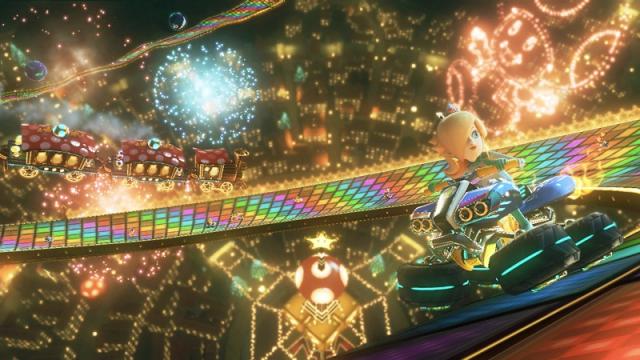 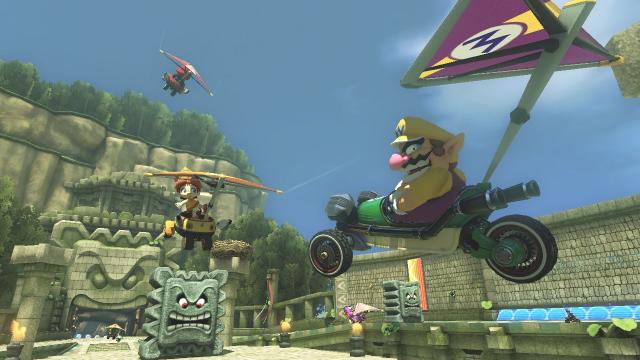 The fourth and final track in the Mushroom Cup, "Thwomp Ruins" stands as one of the early gems of Mario Kart 8. It contains a nice mix of indoor and outdoor driving, along with branching paths, anti-gravity wall driving, and a couple of neat shortcuts. Throughout each race, a Raiders of the Lost Ark-esque rolling stone barrels down the track, eventually paving the way for a gliding pad. This provides a good amount of mayhem on the course and makes careful timing all the more important. 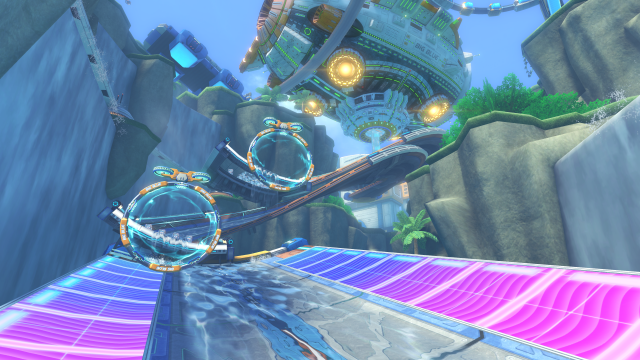 The highlight of Mario Kart 8's second DLC pack, "Big Blue" is a loving tribute to one of the most famous courses in Nintendo's futuristic racing series F-Zero. "Big Blue", like "Rainbow Road", is a three-section love-it-or-hate-it affair that gives players a single long lap to race across. With plenty of sharp turns, dips, and boost pads, "Big Blue" captures perfectly the sense of speed that defines the F-Zero series. The track also includes plenty of conveyor belts and high-speed flume rides sure to punish any inattentive racers. Try it on 200cc for a truly wild ride. 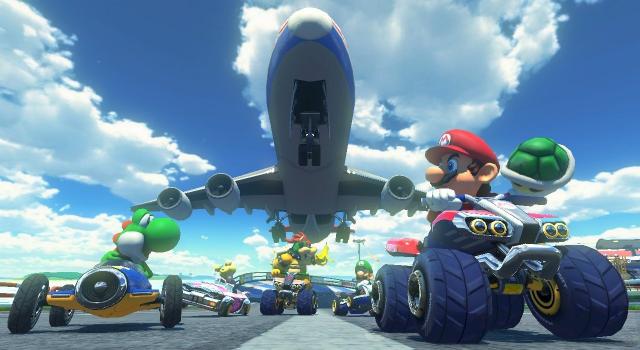 The first course in the godlike Star Cup, "Sunshine Airport" is Mario Kart 8 in a nutshell: creative, crazy, and full of spectacular sights and sounds. Starting innocently enough in an airplane terminal, "Sunshine Airport" soon spills out onto the tarmac, over a conveyor belt, across the body of a plane, and finally takes to the skies. Gliding skyward in a go-kart as a jumbo jet flies above is one of the great thrills of Mario Kart 8. It's a testament to the design team at Nintendo EAD, which made Mario Kart 8 both a joy to play and a joy to watch. 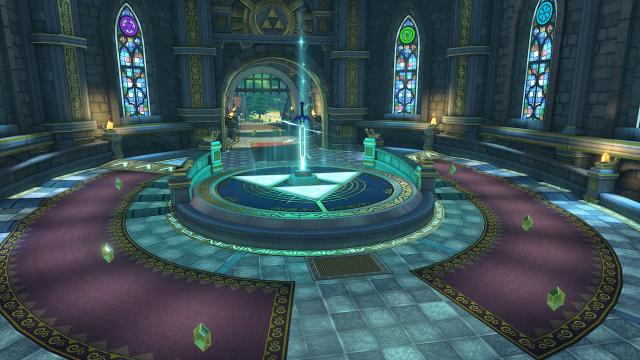 Inviting non-Mario characters, tracks, and vehicles into the Mario Kart mix could have turned into a gimmicky mess, but the brains behind Mario Kart 8 avoided any potential pitfalls when they created several tracks based on beloved Nintendo franchises Excitebike, Animal Crossing, F-Zero, and The Legend of Zelda. The best of the bunch is "Hyrule Circuit," a track designed around the mythology and tropes of the Zelda universe. With plenty of fan service - rupees replace coins and Deku Babas replace Piranha Plants - secrets, and shortcuts, "Hyrule Circuit" satisfies both the Zelda fan and the racing fan. 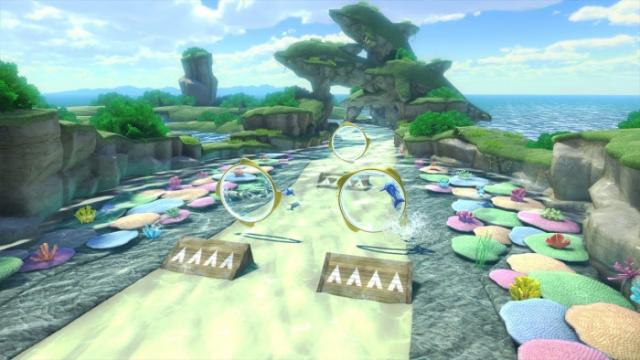 One of the most polarizing tracks in the history of the series, "Dolphin Shoals" is a track you either crave or curse. Some fans criticized it for being almost entirely underwater, for featuring unforgiving turns, and for having unfair AI in 150cc. Sure, the track can be difficult and, yes, driving underwater affects the grip, speed, and manoeuverability of each kart, but a challenging course is not necessarily a lacklustre course. In fact, with a combination of ramps, rings, bubble-blowing pipes, and, the pièce de résistance, a giant eel, "Dolphin Shoals" stands as one of most spectacular and thrilling tracks in Mario Kart 8. 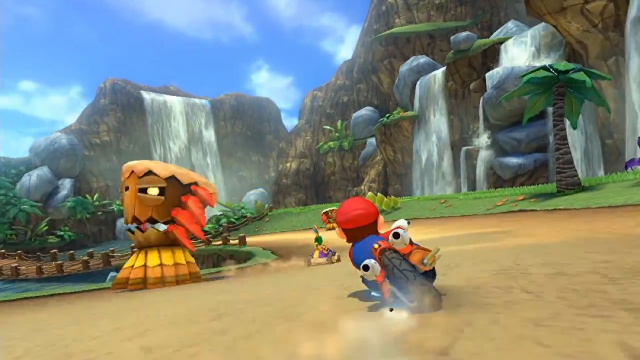 One of the best tracks from Mario Kart 7, "DK Jungle" makes an encore appearance in Mario Kart 8. Whereas many retro tracks were given a comprehensive overhaul, "DK Jungle" remains relatively unchanged. If it weren't for updated graphics and lighting, and an added anti-gravity section inside the temple, the track would be virtually identical to the one in Mario Kart 7. Hey, if it ain't broke, don't fix it. "DK Jungle" might not have as many bells and whistles as other tracks, but it's a lean, efficient course with a smart risk-reward ratio that's incredibly fun to play. 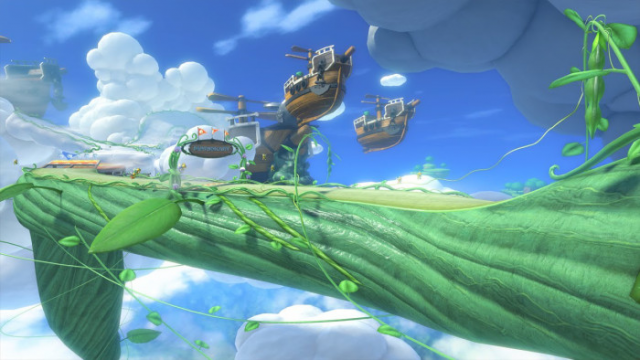 Borrowing from Mario Kart tracks "Sky Garden", "Mushroom Gorge", and "Airship Fortress", "Cloudtop Cruise" is one of the more visually stunning and thematically diverse tracks in Mario Kart 8. Players race over a giant beanstalk, across fluffy clouds, through an airship, and, finally, into the heart of a storm cloud. With branching lanes, precipitous paths, and random lightning bolts, "Cloudtop Cruise" is a hazardous course. It's also a beautiful, dreamlike course that, thanks to music lifted from Super Mario Galaxy, transports players to another world. 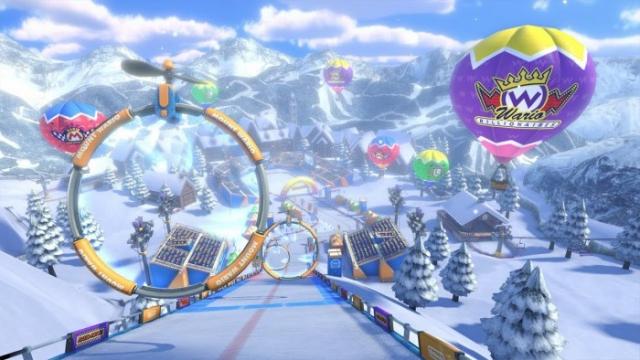 Wario might take a backseat to Mario in the hero department, but when it comes to Mario Kart tracks, he tends to reign supreme. That's certainly the case with "Mount Wario", the best and most exciting course in Mario Kart 8. As with "Rainbow Road" and "Big Blue", "Mount Wario" eschews three laps in favor of one single lap divided into three sections. Of all the three-section tracks "Mount Wario" is the most successful. Why? Because the designers at Nintendo EAD gave the course a dramatic arc, complete with music which underscores that arc.

The course begins, dramatically, with racers dropping out of a large helicopter. The music is bouncy and cheerful. Then it's down a frozen mountain, over a raging river, and across the face of a hydroelectric dam. The music speeds up. Then a snowy forest. A frenzied violin solo. Then a slalom. Then moguls. The music swells. Then a final downhill ski to the winner's circle. The end result is an invigorating, surprising, perfectly-paced track that somehow manages to tell an audio-visual story. It's an instant classic.

Yoshi's valley is my favourite.

A top ten most beautiful tracks list would be cool, though not as interesting. It's just there's so many drop-dead gorgeous tracks. Rainbow Road 64, Bowser's Castle, Big Blue, Mute City, Royal Road, and Ribbon Road are all particularly breathtaking.

Good list Vek! Gotta agree with all of those options, makes you remember just how great a selection of tracks there are.

Donut Plains 3 is the best track, by far

I love that track too!

Donut Plains 3 is the best track, by far

I personally think Electrodrome should have made the list..

Hard game to make a top 10 list out of with so many great tracks. Although of the rainbow roads, the N64 one was my least favourite.

I honestly don't understand why the fans love Mount Wario so much. I love 3 part tracks, but besides that, Mount Wario seems rather average to me.

My favorite track Electrodrome didn't make it? D: Love that track and the music is amazing.

Want to buy a WiiU just for MK8, if only I could justify a second console.

Here's to hoping you can get one soon.

I can't get behind this list when Music Park isn't there and Dolphin Shoals is.

Mount Wario really is the only true answer.

Mt. Wario is certainly a highlight of the game. Easily one of my favorites from the original track selection. Great choices!

The whole game is just awesome. Hard to choose a top 10. Good list!

The problem with the MK8 version of the Rainbow Road N64 is that they made it shorter. I remember that in the original version each lap lasted around 1min45 while in this new version the entire race finishes in 1min30 or less.

Where is Toad Harbor? I dunno why DK Jungle is up there

Dolphin Shoals must be the only MK8 track I dislike. It's definitely a track you love or hate. I love the rest of the list, I agree almost 100%. Maybe I would change Delphin Shoals for Mute City.

Nice but I missed some very good Dlc2 tracks. I guess they will grow into people preferences with time.

I personally do not agree with that, but eh opinions. Mount Wario and Big Blue would definitely be in my top 10 though!

Dissapointed my favorite track didn't make it: Bowser's Castle. Going through the classic Mario hazards (spike Ball and fire bar), a long branching paths with a mechanical Bowser attacking the road, leading to a gliding section where you meet with lava. With the whole course accompanied by an epic guitar riff, jazzy saxophone/trumpets, and a great rock-thee. 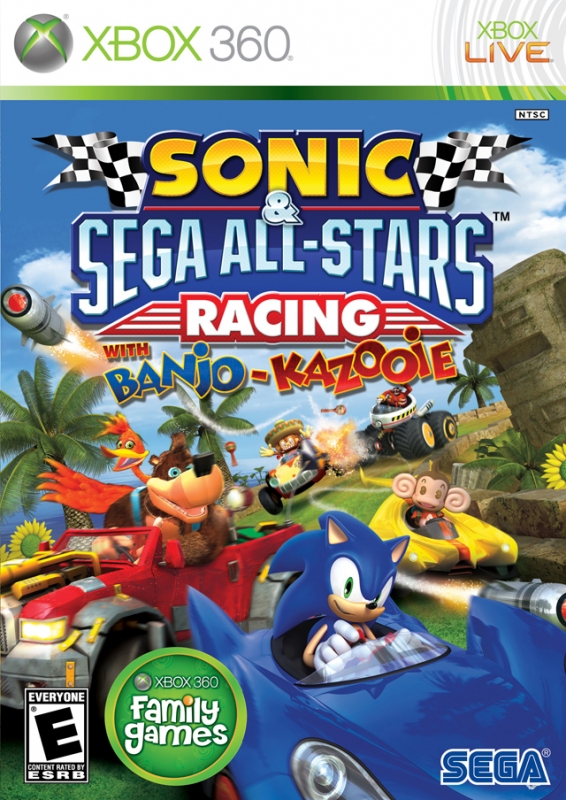