Point and click adventure games have provided plenty of classics in the past. Lately, the genre has been having a renaissance, as new adventures are made and new stories are told. Wadjet Eye and xii games combined to create Resonance, an adventure five years in the making. Finally, it has arrived, but was it worth the wait?

The game begins with an ominous news report of multiple mysterious explosions occurring at key points throughout the world. How could this disaster have happened? As soon as you ask yourself that, the game flashes back several days, where Ed receives a wakeup call from his boss, Dr. Morales, about his research project, called Resonance. From there, the narrative of Resonance begins.

Throughout the game, you will have control of four characters: Ed, Anna, Ray, and Bennett. Each of these characters start out separate from one another, but Resonance intertwines their fates as the effects of the Resonance research take hold on the world. Ray is particularly notable because several of his puzzles involve hacking into computers and servers to acquire data, which make for the most interesting puzzles in the game. At times, you will control multiple characters and be able to use them for one puzzle. One character can be used to strike up a conversation so another can complete their task, for instance. But outside of Ray's hacking, the four characters are the same in terms of gameplay. 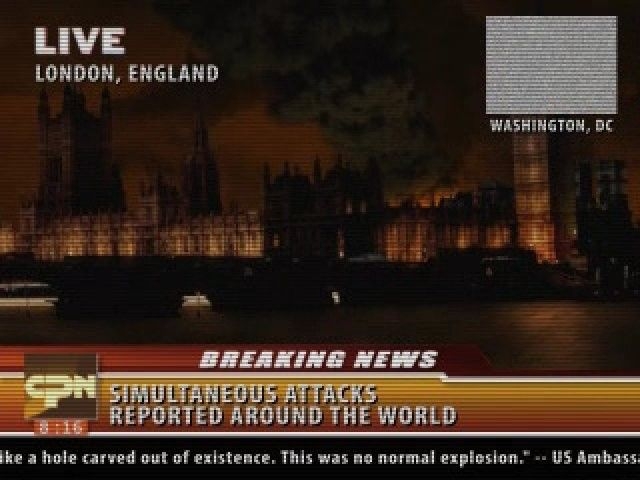 Having a good memory is important when playing games in this genre. Resonance takes that literally, using a short-term and long-term memory mechanic. Important story events will be placed into long-term memory, able to be accessed at any time throughout the game. Short-term memories act as a pseudo-inventory. You can grab any item, person, or event of interest on-screen and place it in your short-term memory window. You will then be able to use these memories in conversation, combine them with other memories, or combine them with inventory items. It's an interesting mechanic that can be difficult to grasp initially, but works well once you get the hang of it. Memory/item combination is key to solving many puzzles, so it's important to have the right memories on-hand (mind?).

As you progress through the game, you get points as a reward. The points are used to escape death, as points are subtracted when you die, allowing you to replay the lethal event. Losing all your points results in a game over, but if you're paying attention, this should never become an issue.* 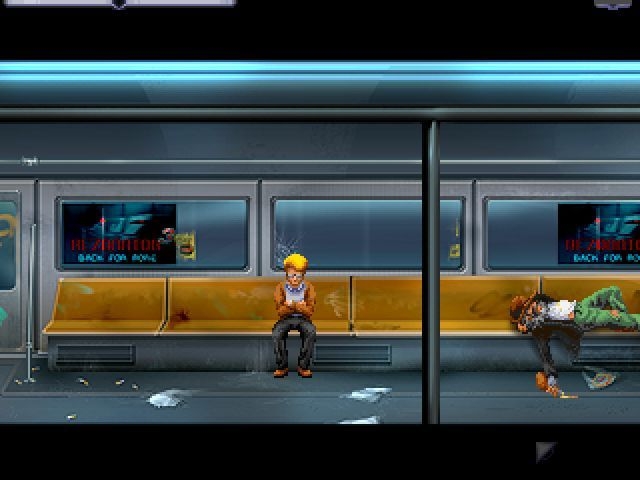 Graphically, Resonance's pixel art style is very appealing. The backgrounds are very well done; some of them are meant to be spooky and can be downright frightening once the mood is set. You can feel the seedy underbelly of the city when walking in the back alleys and, as the game progresses, the impending danger is further accentuated by the scenery. Scenes are also peppered with little details, such as the subway door stopping slightly away from the character who will enter, and e-mails in a person's inbox that show some humorous back and forth e-mail exchanges. These additions really make the game world feel real.

Also setting the mood is the excellent voice acting. The characters will change the inflection in their voices dependent on their situation; emotions such as relief, success, confusion and fear come right through in their voices and pull you into the world. I definitely felt connected to the characters and their plights and I might react the same way they did if these same events happened in reality.

Adventures tend to be short games, and Resonance is not an exception. Your ability to solve the puzzles will determine how long your experience will be. Conceivably, a sleuth might finish the game in four or five hours. Since I'm no genius, it took me about eight hours to complete. Either time is still good value for a $10 title, and once the game ends, you won't feel cheated by the short playtime. 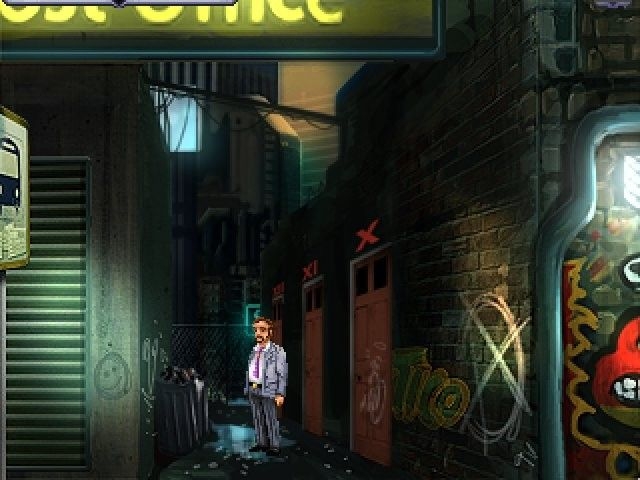 A good point and click adventure game relies on an engaging story and its puzzles. Resonance hits a home run in both departments, taking you on a wild, engaging ride through impeding chaos. This is the kind of title that will thrill adventure enthusiasts while intriguing players of any predisposition, and one that anyone who can appreciate a good tale should dig into.

This review is based on a digital download of Resonance, provided by the publisher.

*NOTE: David Wallund of the testing team has informed me that the points system previously mentioned was in a prior build of the game and while it's still in the final build the game overs were taken out.