Beautiful but short seems to be a running theme for the games Sony receives from its deals with ThatGameCompany and Giant Sparrow. Some might say that $15 for two hours of content is a tough pill to swallow, but it's hard for me to agree when those two hours were so inventive and amazing; it could definitely be the best two hours of gaming you'll get all year.

Monroe is a recently orphaned boy who's given the opportunity to take one keepsake of his departed mother to the orphanage with him. While she was quite the painter she never finished any of the works she started and her son Monroe chooses her old favorite, a swan which was perfectly painted, except that its head doesn't actually connect with its body. When he wakes up the next morning Monroe looks over to find that the swan has left his canvas and goes searching through a door that he's never seen before into a world of wonder and magic. 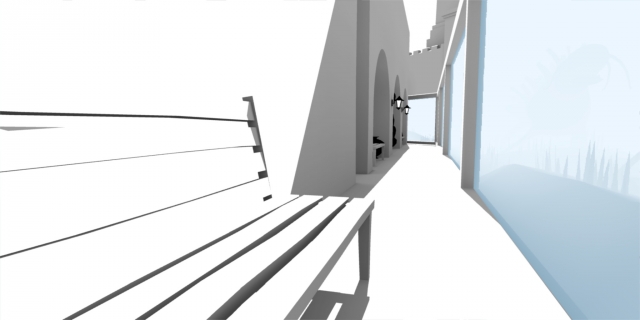 “World of wonder and magic” sounds like a pretty generic and overused term but it's something I truly mean for The Unfinished Swan. You start out in an area of complete white without a single defining feature to it. It's only when you press one of the triggers and shoot off your first paintball that you simultaneously see that the game has actually started and how you can add definition to this stark white world. Black paintballs splatter against any object they hit, revealing a garden where once there was nothing. It's a sense of wonder and exploration that continues throughout the entire game. The effect of the paintballs you throw changes over the course of the game as you move from stage to stage but the focus is always on changing the environment around you in order to move through the world. I was extremely impressed with how the game continued to surprise me even when I thought I'd seen all that could be done with a simple paintball toss. It was truly a delight from beginning to end, and the contrasts between different levels' art styles and mood helps make it one of the most visually stunning games released on the PlayStation 3. I noticed a framerate drop during my playthrough, but other than that it was clear sailing with quite a few awe inspiring moments thrown in. 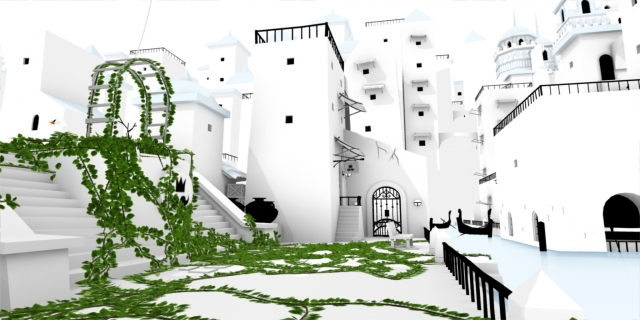 Exploration is fun for its own sake, but to take the game to that next level you have to give people something they want to explore, and this is where the setting comes in. As you work your way through the world you'll come across secret messages that reveal the story of the king who created these lands, what he was thinking when he did so, and where it all went horribly wrong. The story of this somewhat ditzy king relates to Monroe and his mother, as well as her tendency to never finish what she started. It all caps off with one of my favorite conclusions and morals to a game's story.

Hidden balloons that you can collect are another great reason to search around the world. While I knew that there were balloons to collect before playing, I was pleasantly surprised to find out that you can use them as currency to buy abilities from the “toys” menu. These include a fire hose that lets you shoot out a stream of paintballs instead of your usual dinky rate of fire and a radar that helps you more easily find more balloons to get even more toys. There appear to be two extra levels you can unlock as well, but as of writing this review I haven't gotten all of the collectables so I can't say for certain how much playtime these two bonus stages add. 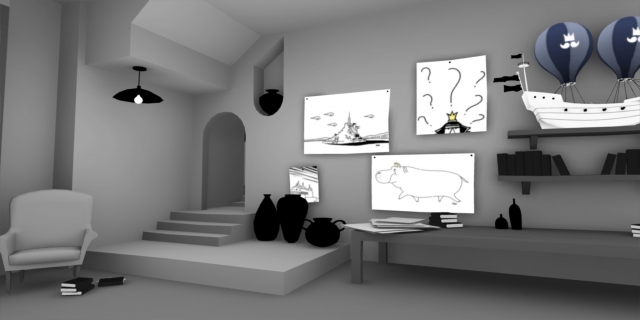 It's tough to convince readers that a game is worth their time when to describe just about anything past the first 15 minutes would spoil that experience for them. I'm sure many will look at the 2 hour timeframe and call The Unfinished Swan a rip-off, but I look at not only the amount of time I got out of my 15 bucks but also how much I enjoyed that time, and how long the experience will stick with me. Needless to say, The Unfinished Swan charmed me and the experience will live with me for a long time to come. I can't wait to see what Giant Sparrow come out with next, though here's hoping the next title doesn't take quite as long to get from the concept stages to a finished product.

This review is based on a PSN copy of The Unfinished Swan for the PlayStation 3.