Originally, Burial at Sea was simply going to be a DLC pack for an excellent 2013 title that had a significant chance of seeing a proper successor, but with Ken Levine’s announcement a few weeks ago that Irrational Games was being disbanded, it might well now be the very last piece of BioShock-related gaming media ever made. That’s a heavy burden, and I sincerely hope that we see more from the BioShock series in future, but this second episode of Burial at Sea does an admirable job of tying things up, and is a blast to play in the process.

Without spoiling too much, you now play as Elizabeth: the heroine of BioShock Infinite, who inexplicably shows up in Rapture at the beginning of Burial at Sea: Episode One and enlists the services of Booker DeWitt, private detective, to find a missing girl named Sally. Sally is finally found in a quarantined shopping centre, but is captured by Atlas, a working-class hero of the resistance to Andrew Ryan, the founder of Rapture. Elizabeth is thus blackmailed into doing Atlas’ bidding. 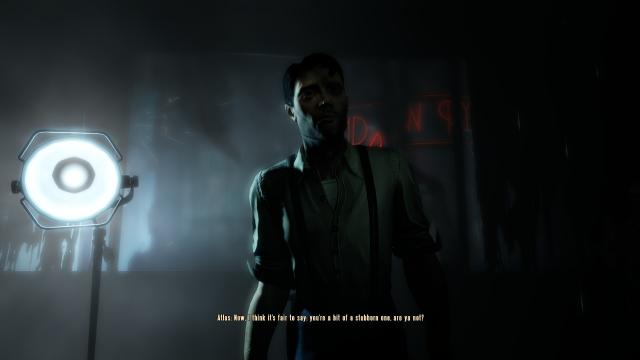 Those who were looking forward to using some of Elizabeth’s neat reality-manipulating abilities will be left disappointed: those are not available here. There’s a perfectly valid narrative reason for it, but all the same, I was hoping it would distinguish the gameplay of Burial at Sea: Episode 2 from that of Infinite.

Fortunately, the gameplay is still distinguished. Elizabeth is nowhere near as powerful as Booker, with access to fewer weapons, less ammunition and weaker plasmids. This puts the emphasis heavily on stealth, especially with the introduction of the new Peeping Tom plasmid, which allows you to see through walls or turn invisible. The latter drains your EVE meter unless you find a modification that allows you to remain invisible whilst stationary at zero EVE cost, making the game a great deal easier.

This is just one of the ways in which exploration is rewarded. There are audio logs to be found, further fleshing out the story of the collapse of Rapture, especially from the viewpoint of Dr Yi Suchong, Rapture’s chief scientist and the designer of the Big Daddy and Vita-Chamber. Money is left lying around, and it’s actually scarce this time, so you will need it to purchase medkits (yes, these have returned despite their absence from both Infinite and Episode One), ammunitions and upgrades for your plasmids. 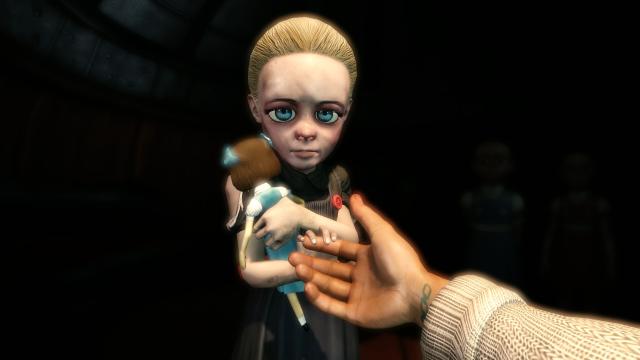 Exploration also provides you with some further insights into daily life in Rapture, from the intriguing – a chance to walk around a typical primary school and see the indoctrination that takes place first hand – to the highly amusing – such as an Objectivist guide to self-interested sexual intercourse. Since this takes place slightly before the Rapture civil war, you have more of a chance to see what the city was like before it was completely destroyed. The environments are as beautifully designed as ever, especially the opening scene - a stroll through Paris on a sunny day - and the soundtrack features both the haunting themes of Gary Schyman and some of the perfectly-timed charming 1950s music which has come to be associated with the series.

One minor mechanic that is added is lockpicking. Occasionally, Elizabeth will run into locked doors or safes, and if she has enough lockpicks (these are found lying around and can also be bought) it begins a minigame which is essentially just a test of your reaction time: the pick moves back and forth at random. Wherever you stop it, the lock opens, but stop on a red pin and an alarm is triggered; stop on a blue pin and you gain a noisemaker dart for your crossbow (useful for distracting large groups of densely-packed enemies so you can slip past). Interestingly, turrets have the same mechanisms on the back, and for three picks you can hack one to fire at your enemies and leave you alone.

The pool of weapons is greatly decreased: you have access to a hand cannon, a shotgun, a crossbow that can shoot a range of different darts, and a gun called the Radar Range, which cooks enemies alive. Melee attacks from behind are one-hit kills, but attacking an aware enemy will just knock them back briefly; weapons or stealth attacks are required to actually deal with them for good. A brief bit of dialogue at the beginning suggests that following a non-lethal path may have some effect on the ending, but it doesn’t. All the same, you don’t have the tools at your disposal to run into a room guns blazing like Booker and Jack, so you need to hide around corners, take down enemies one at a time, and flee with a curious parallel-reality version of the skyhook. 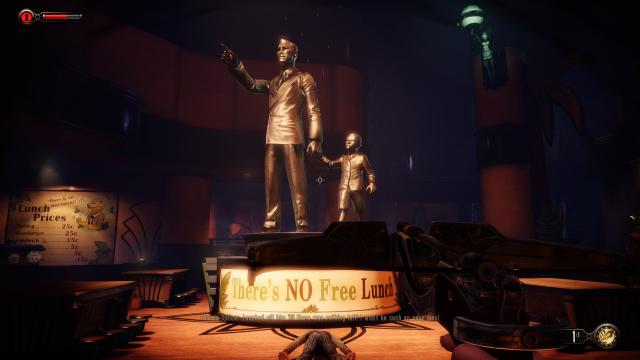 There isn’t a huge amount by way of active story (mostly due to the length), but what is there is very interesting indeed. Elizabeth has to deal with the loss of her powers; we get to see Atlas, who was only ever encountered via radio messages in the original BioShock; one or two highly important details about the stories of both BioShock and Infinite are revealed. This is all helped along by the excellent voice performances that we’ve all come to expect from a BioShock game. There’s nothing hugely shocking as there was at the end of each of the two main-series games, but the ending is satisfyingly neat nonetheless, with a handful of minor twists along the way. It’s also a little bit longer than Episode One, clocking in at about five hours to its predecessor’s three.

After a somewhat disappointing Episode One, then, this turns out to be a highly respectable and enjoyable addition to the BioShock universe, and a pretty good ending, though of course I hope it is nothing of the sort. The emphasis on stealth makes the game feel different from anything that has come before it, and yet familiar, both due to the availability of tools from previous games and the enemies and city from the original BioShock. It’s simpler, but no less challenging. It definitely is, was and will be worth a try for any fans of BioShock who want to say goodbye in style.

This review is based on a digital copy of BioShock Infinite: Burial at Sea for the PC