Techland has been developing games for 15 years, but they really only put themselves on the map a few years ago with an amazing Dead Island trailer. Now, Techland is developing Dying Light, a new take on the familiar zombie mythos which includes free-running and parkour. I sat down with Techland representatives to demo two locales in Dying Light, one with my character at a low level and one at a higher level. 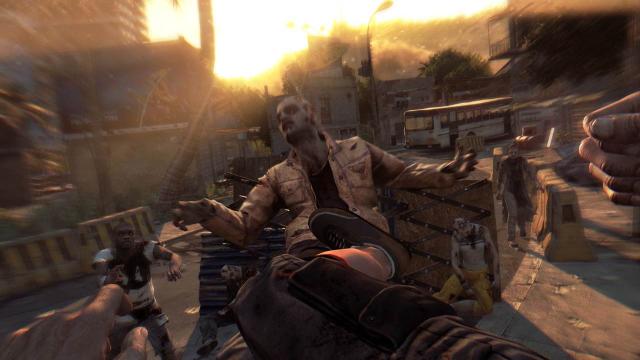 In the first area, I was tasked with locating a survivor base and restoring power to a radio antenna. The controls were a bit tricky and took time getting used to. To sprint, you must push down on the left thumbstick. However, many times I was trying to move while pushing down, thus it was not registered as a sprint. This often led to getting my flesh chomped on by vicious zombies. The sprinting issues also made it harder to jump while parkouring, as that required the thumbstick press, the right bumper to parkour, the jump button, and to be looking up high enough for it to register. It felt more complicated than it needed to be.

I was given free rein to take whatever path I chose to get to the base, so I took to the rooftops. But I couldn’t hide from the zombies forever and, at this level, taking on any more than one zombie with my meager crowbar was suicide. I tried to make it during daytime, but guards were positioned around the base and were too strong to tackle. So I came back at nighttime, once the guards were gone. It was a dangerous trek, however, as the zombies become much more dangerous at night. After dodging numerous search-and-destroy zombies called Volatiles, I finally made it to camp and repaired the antenna. 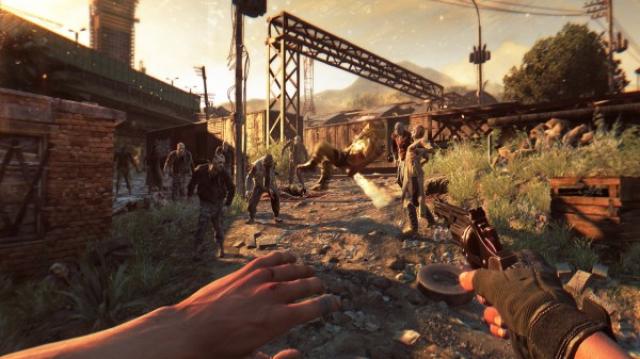 In the second area, my character was much stronger and much better armed. With a gun and lightning sword in hand, I was able to take on larger packs of zombies and get my revenge for how they had treated me in the first area. My task was to get help for a friend who was slowly succumbing to the zombie influence. In this section, I got access to the grappling hook, which let me grab onto walls and other objects and fly over to them with ease. This was certainly easier than trying to parkour through everything and gliding through the world was a blast. It wasn’t all easy though, as zombies still got in my way. Eventually I reached the clock tower where my comrade was hiding… only to find that I was too late and he had become a zombie! Noooo!

Dying Light is shaping up to be a fun ride (some control issues notwithstanding). The game is scheduled to release in February 2015 for the PS3, PS4, Xbox One, Xbox 360, and PC.