The series continues! If you missed entries #50-41 you can find the article here. This article covers games #40-31, but before we continue the countdown we have some honourable mentions to mention. A number of franchises received a lot of votes but failed to get a single entry in the top 50, due to staff voting for different entries and thus splitting the vote, but if you hypothetically added up the votes for those individual entries and combined them into a single entry then six additional franchises would have made it onto the list.

The first three of those six franchises, and the ranking they would have achieved had they not cannibalised themselves, were: Bayonetta (39th), Assassin's Creed (38th), and Tomb Raider (30th). 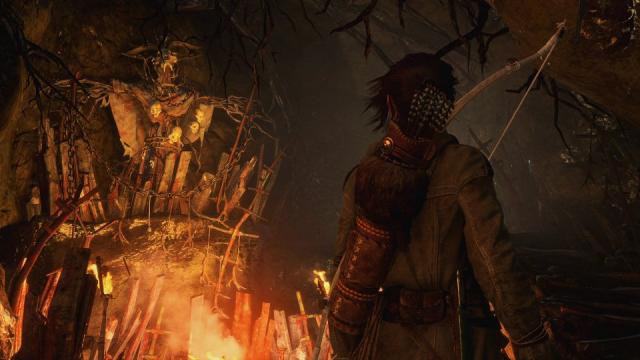 Now back to the main countdown. 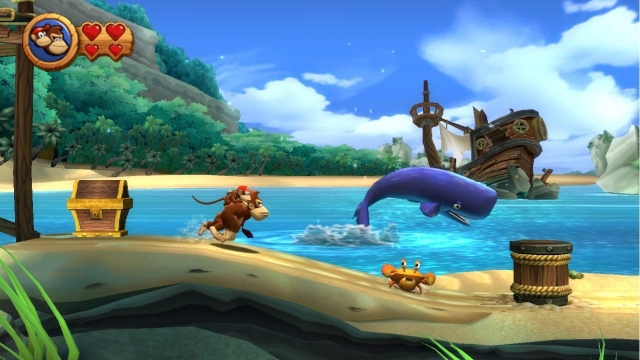 In a rather shocking twist, Retro Studios, the legendary studio behind one of the more challenging and beloved Nintendo game series, Metroid Prime, was drafted in by Shigeru Miyamoto to work on a project based in an entirely different genre, with a radically different art style, camera angle, and controls. Retro accepted the challenge and the end result was the return to greatness for another beloved Nintendo series - Donkey Kong. Donkey Kong Country Returns was proof not only that Retro Studios still 'had it', but that the company could handle games in totally different fields. It's also a wonderful tribute to old school 2D side-scrolling platformers, not least the original Country series. 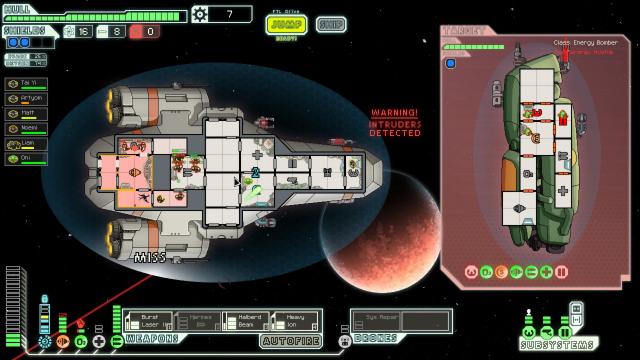 Tough as nails but incredibly addictive, FTL is a perfect example of 'just one more try' roguelike gaming. Superb music from Ben Prunty, fun and strategic gameplay, and a concept that will appeal to your inner sci-fi geek (if you have one), all combine to make this spaceship simulator an indie darling. If you enjoy micromanaging space battles, abusing spaceship systems, quirky writing, and losing all of your progress when a hull breach kills your humble alien crewman as he's repairing the shields then this might just be your cup of tea. 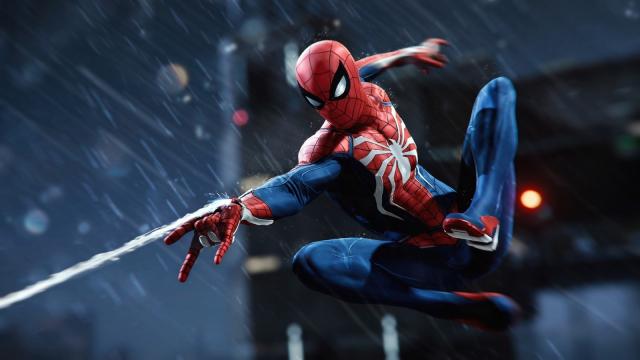 What’s that, you don’t think video games based on comic book and movie characters are any good, based on decades of mostly terrible examples? Aside from the Batman: Arkham series, this has been true for a long time. But now there's Insomniac's Spider-Man, a genuine challenger for the mantle that's been the sole preserve of the Batman: Arkham series for the best part a decade. This open-world adventure is beautiful, delightful to play, and breathtaking in scope, setting a new benchmark against which not just future Spider-Man titles will be compared, but all comic book/movie video games. 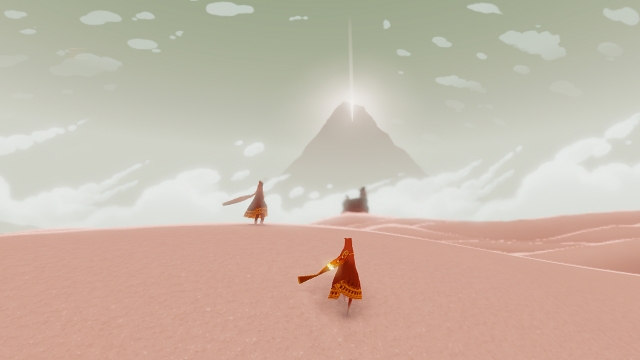 This tranquil, aesthetically pleasing game is soothing both to watch and play. Thatgamecompany really went out of its way to create a breathtakingly delightful game with Journey; one that seriously helped to bolster arguments in favour of video games as art at the start of the decade. It also won the site's Overall Game of the Year Award back in 2012, so it should come as no surprise to find Journey on this list. 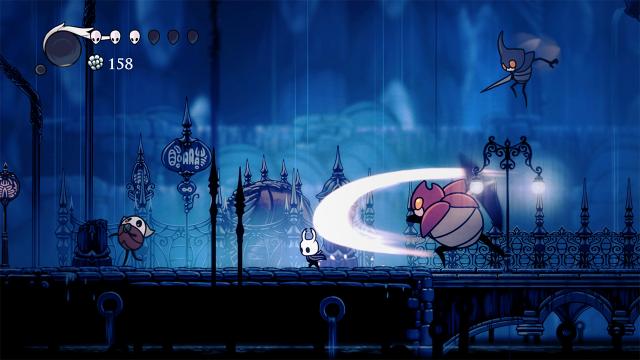 Speaking of beautiful art styles, coming in at 36th is Team Cherry’s debut effort, Hollow Knight. Hollow Knight's somewhat haunting and forlorn world is exquisite in both two and three dimensions. With moving objects in the foreground and background accompanying your progression through visual storytelling, this is an experience most people don't quickly forget. 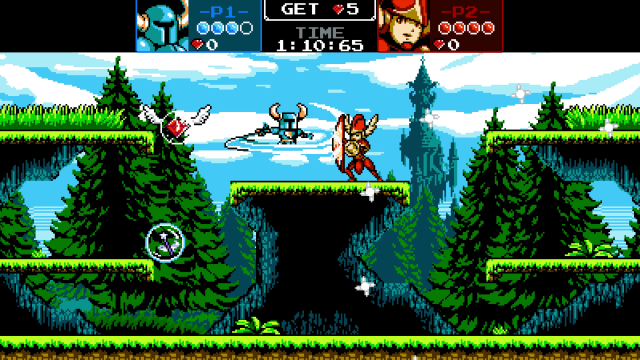 From one knight to another, and yet another debut effort, this time from Yacht Club Games. The small team there probably had no idea of how big they and their IP was going to become following the launch of Shovel Knight. In an astounding tribute to the pixel days of 2D gaming, Yacht Club Games created one of the deepest, most challenging, and replayable games of the decade. What made it all the more impressive was the deep storyline and the developer's commitment to expanding the game via substantial - sometimes genre-bending - DLC releases. It's a prime example of a plucky development team being able to make it big, no matter the odds, through a lot of hard work, talent, and creativity. 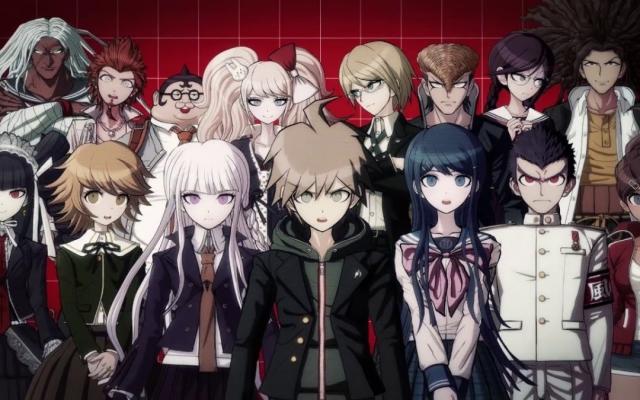 If you enjoy dark visual novels filled with strong characters then you'll probably have already discovered the DanganRonpa series, but if you haven't then you're in for a treat. The set-up is a school where you have to commit murder to graduate, but you don’t want to murder your fellow classmates; instead you set about investigating these murders, as one by one your classmates are getting picked off and time is running out. It's a unique backdrop for an adventure game - one you’re unlikely forget when it’s all said and done. 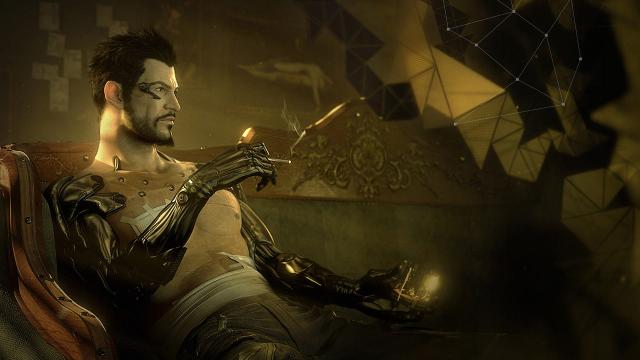 This sci-fi action RPG, a revival of one of the most acclaimed video games of the previous decade, not only successfully rebooted a dormant but beloved franchise, it also helped to kickstart the futuristic cyberpunk movement, which will ultimately bring us to one of the most anticipated games of this new decade in Cyberpunk 2077. If you enjoy innovative experimentation, combined with doomsday storylines, set in a highly advanced but decadent and corrupted civilization, then you'll probably view this as one of the greatest sci fi games ever released. 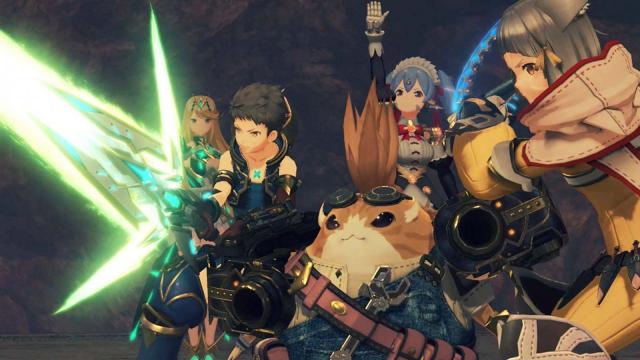 Do you remember 'Operation Rainfall' starting in 2011? It pushed for the localization of (initially three) quality games that were exclusive to the Japanese market. One of those games was Xenoblade Chronicles. Who would have thought a fan-made campaign could highlight the work of a studio so well that it would enable them to continue making masterpieces? Monolith Soft’s semi-sequel to the original Xenoblade Chronicles is bigger in scope and scale, prettier, and even more enjoyable. Adding to its lists of strengths is its deep connection to the original title, in contrast to Xenoblade Chronicles X. 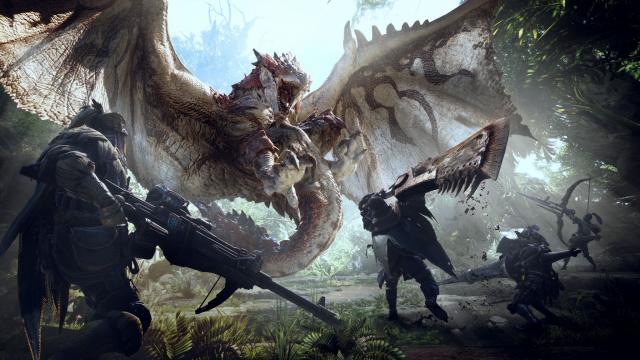 Capcom had a nice little niche carved out for itself, with the Monster Hunter series reliably delivering steady sales in its home country. It wasn't until the release of Monster Hunter: World that the company would really capitalise on the series' untapped global potential. More accessible, less complicated, boasting a huge connected world, much more intelligent AI systems, and multiplayer that was better than ever, World was exactly what the series needed for Monster Hunter to become a massive success worldwide, smashing sales records for the publisher and proving to be one of the best releases of 2018.

I've played quite a few of those. Spider-Man had some great mechanics, but the story was somewhat rushed and disappointing overall. Shovel Knight is a fantastic 2D platformer with brilliant pixel graphics. Having the DLC campaigns for free is another bonus to the game and something we rarely see these days. Hollow Knight is another superb 2D game with tight controls. The amount of content alone is really impressive and something most AAA games should be jealous of. It's one of the best Metroidvania entries out there and it brings a fair level of challenge. Journey is one of the best experimental titles out there and it's really beautiful. While the mechanics are somewhat limited the places you visit are diverse enough to keep you engaged.

I really dig this assortment of titles. Seeing an indie darling like Journey hanging in there with Deus Ex: HR seems fitting when you look back at what those two accomplished at the time.