Mario is Nintendo's most popular character and arguably the most recognizable character in video games. However, that doesn't mean that releasing Mario games on smartphones will automatically result in success, according to Nintendo of America president Reggie Fils-Aime, who spoke with Time. 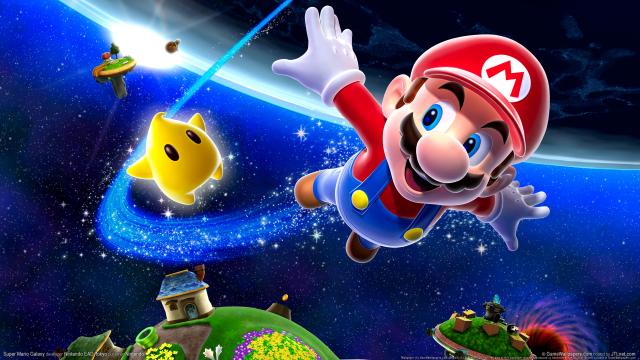 "Unfortunately there’s a simplistic mentality out there, that 'Make a Mario game for smart devices' is a recipe for printing money," said Fils-Aime. "And it’s not. It just simply is not. It’s that Kyoto craftsmanship mentality that says whatever we’re going to do, it needs to be a wonderful experience for consumers."

"We know that Mario and his ability to run and jump, to transform based on different items, that’s been optimized for a play-control approach that doesn’t exist for smartphones. And so for us, it’s not simply taking existing games and porting them over to smart devices as the answer. Our answer is to create new compelling experiences that leverage what smart devices do best."

Good to see that they actually understand that bit! Maybe there is hope for Nintendo's mobile venture

Tell smartphones to grow buttons. You think I would want to go near a Mario game. Were I'd fall off because I have no limit on the dpad/joystick.

Doesn't matter if you want to play such a game. If millions of casuals do, that's all that matters. When wii was revealed the media and hardcore gamers made fun of it and look how successful it became.

So you're willing to play with bad controls with all the Mario game ports, I take it.

Wii also had traditional controls tho on top of the motion controls.

I didn't find them bad at all. They were the reason I got a wii. Never used a traditional controller on wii.

I can't stand playing most games on my smartphone, i need a gamepad or buttons or something. I hate the touch screen for anything outside of simplistic games.

It's just what I was thinking. They need to find a way to make it work.

I don't mind spinoffs and such, but I like that theyre protective of their flagship franchise. With few exceptions ive always known that I'm getting a stellar experience with the main Mario installments, and it's near the top of my list of reasons for buying nintendo consoles. I'd hate to see Mario devolve into what Sonic, my former (and first) truly "favorite" video game character, has become.

What's this? Reggie talking like he actually knows what a videogame is?! That's a welcome change!

That's what I like about Nintendo. They aren't lazy. If they need to spend extra cash for a mobile game, they will.

Actually, I think they could make a small Mario game on smartphones. Having it be a huge success though like Angry Birds, Candy Crush, or whatever popular games, I dunno... It sounds like they have a good idea of what they need to do on the mobile market.

How about an Animal Crossing freemium game? You definitely wouldn't need a controller to play that. Just imagine how much much Nintendo could rake in from microtransactions!

How about an endless Mario Bros 1 runner. Each platforming challenge gets more difficult as you go along. And the score increases the further you go. Boom, that'll get any and everyone who plays it hooked on it.