Developer Polyarc announced Moss and Moss: Book II will be launch titles for the PlayStation VR2, which is set to launch on February 22, 2023. Pre-orders include a 10 percent discount for PlayStation Plus users.

"Since learning about and getting our hands on PlayStation VR2 hardware earlier this year, we’ve experimented with its new tech features and perfected ways to increase the immersion players feel in the world of Moss," said Polyarc designer Doug Burton.

"Along with that, the team was able to pump even more visual detail into every character and environment with more lighting and texture improvements that make the already stunning environments sing even more on the PlaySTation VR2. Now, millions of new and existing fans can experience the enhanced versions of Moss and Moss: Book II on the latest virtual reality hardware coming to market." 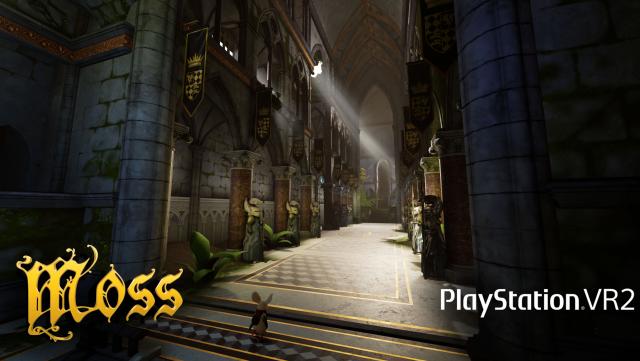 Features players will experience on the PlayStation VR2 hardware:

That's exciting.
I couldn't get Moss to work on my VR. I think I didn't have enough space or something?
Like you start by aligning a ball with the book and I just couldn't.

This is great to hear! I love both games on PC VR and nice to see them coming to more systems for more people to play.