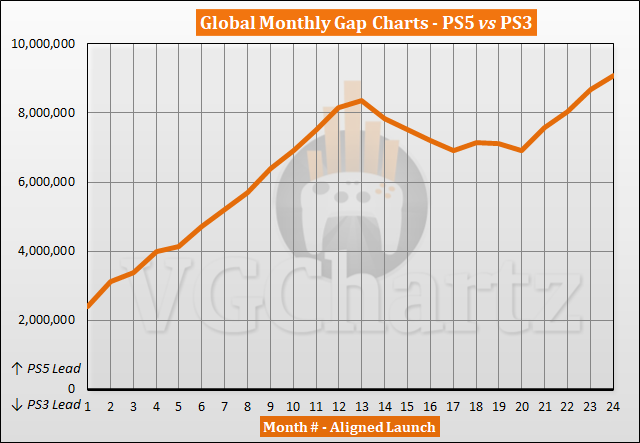 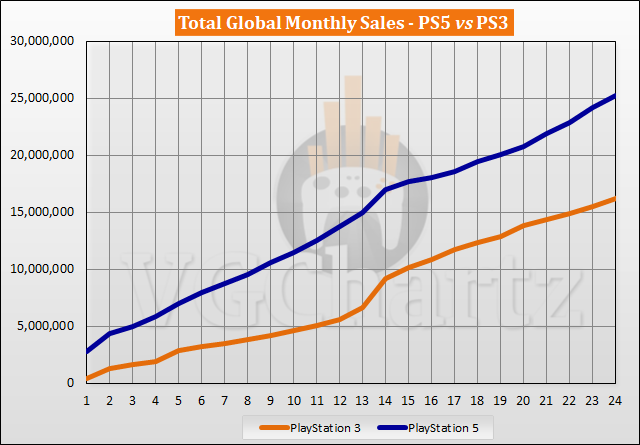 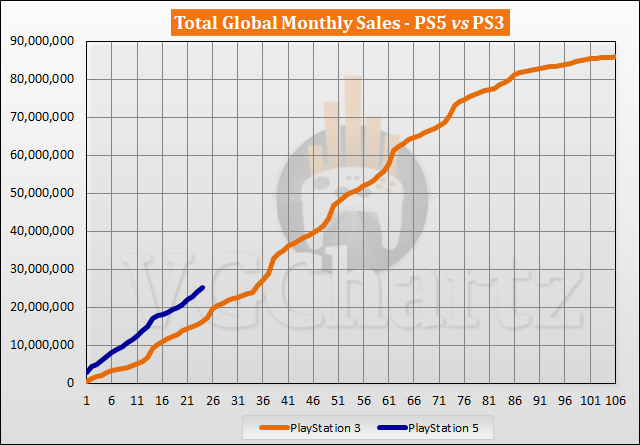 In the last 12 months, the PS5 has grown its lead over the PS3 by 0.93 million units. The PlayStation 5 is currently ahead by 9.10 million units.

The PlayStation 3 did not reach current PlayStation 5 sales until month 35 where it had sold 25.82 million units.