Microsoft CEO Satya Nadella in today's earnings call with investors for the first quarter of the 2023 fiscal year, which ended up September 30, 2022, announced the number of PC Game Pass subscribers has grown by 159 percent year-over-year.

Nadella added over 20 million people have used Xbox Cloud Gaming and nearly half of all of Xbox Series S buyers are new to the Xbox ecosystem. Gaming has also seen usage growth on all platforms.

He continued, "With cloud gaming we're transforming how games are distributed, played, and viewed. More than 20 million people have used the service to stream games to date.

"As we look towards the holidays, we offer the best value in gaming with Game Pass and Xbox Series S. Nearly half of the Series S buyers are new to our ecosystem." 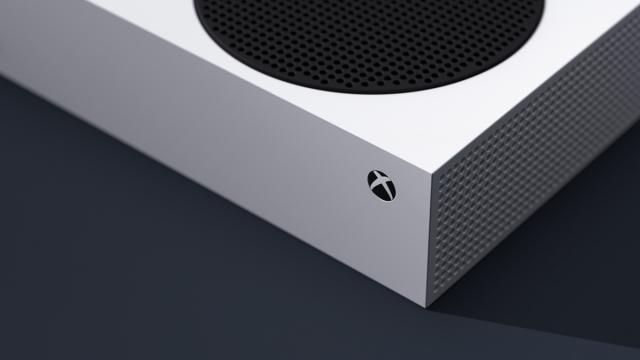 For the second quarter of the 2023 fiscal year, set to end December 31, 2022, Microsoft expects Xbox gaming revenue to decline in the low-to-mid teens compared to last year, which saw a stronger first-party lineup with the release of Halo Infinite and Forza Horizon 5.

Microsoft does expect the number of Xbox Game Pass subscribers to continue to grow. However, Xbox Content & Services is expected to see a similar drop to the overall Xbox gaming revenue. There was no information given on expectation for Xbox hardware.

This little box is doing marvelous things to Microsoft market share :)
People with a Play Station 5, Switch or even first time console are buying it cause it is cheap and let them play new generation games. This is great.

Happy about GamePass PC numbers too. I'm really waiting for the family plan to come out; my kids are all using GamePass on Xbox and PC and the service is incredible. Did not buy a single game since almost a year for them :)

They should release a 5nm die shrink of the Series X chip and remove the optical disc and stick it in the S body. The S is an attractive console, it is just lacking performance, something easy to fix in the 3rd year of sales.

I don't think they could get the price down where they want it though. Maybe two more years.

I don't care if it costs the same as a regular Series X. I don't need a Series X Mini to be cheaper, I just need it to be smaller.

Yeah, I don't think they care much about that right now.

They may not. Or they may, especially with many Asian purchasers being sensitive to consoles being too large, and the advantage this has given them vs. the PS5 in that region. And with the near-inevitability of a slim PS5 eventually releasing.

Back in late April, MS announced 10 million people have used xcloud, so it's already doubled in less than a year.

XCloud works great for me. I live in Northern Virginia, with the largest concentration of data centers in the world. So I'm sure that's helpful to me. But, I have a good friend that lives in bumfuck Florida and is not particularly close, as far as we know, to an applicable data center. It also works perfectly for him. We often play online together, where one of us has the game downloaded and the other is streaming, and we've yet to encounter any problems.

the Fortnite on xCloud deal surely helped with it a lot. They should hurry up and let you play your whole Xbox library on xCloud. Buy a game, play it on console or cloud, not only Game Pass games.

Those are good numbers.

I don't think they can tell whether you are console or PC only while being a GPU sub. This must be Game Pass on PC subscriptions alone.