Developer Purple Ray Studio has announced 3D platformer and action-adventure game, Boti, for PC via Steam. It will launch in 2023. 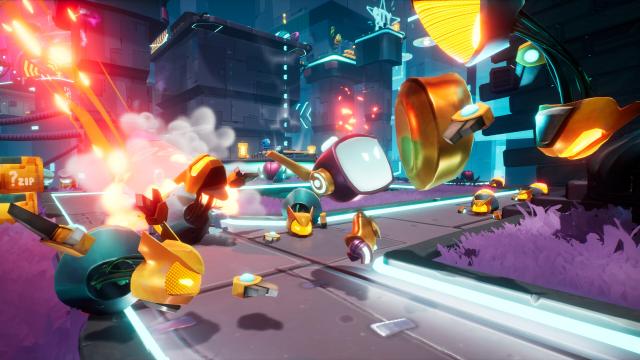 Venture into a hidden world inside a computer—explore its secrets and save it from viruses! Boti is a dynamic combination of 3D platformer and action-adventure game. Play solo or with a friend in seamless drop-in/drop-out co-op.

Take on the role of a cute, energetic bot named Boti, a data courier who lives in a dynamic world hidden inside a computer!

Use dynamic platforming moves such as double jump, dash, hover, climb, and more!

Gather data files scattered throughout the system. Collect and upload them for rewards!

Glide down musical slides that play tunes as you go!

Play alone or with a friend—online or split-screen!

Use your built-in magnetism to push and pull objects (or yourself) in awesome combos!

Hop into a hover-cart to race, drift, and explore!