Nintendo announced it will host a Nintendo Direct Super Mario Bros. Movie Presentation on October 6 at 1:05 pm PT / 4:05 pm ET. It will be available to watch on YouTube.

As the title for the trailer suggests the Nintendo Direct will feature the world premiere trailer for the upcoming Super Mario Bros. movie. There will be no video game information shown at the Direct.

View a new visual for the Super Mario Bros. movie below: 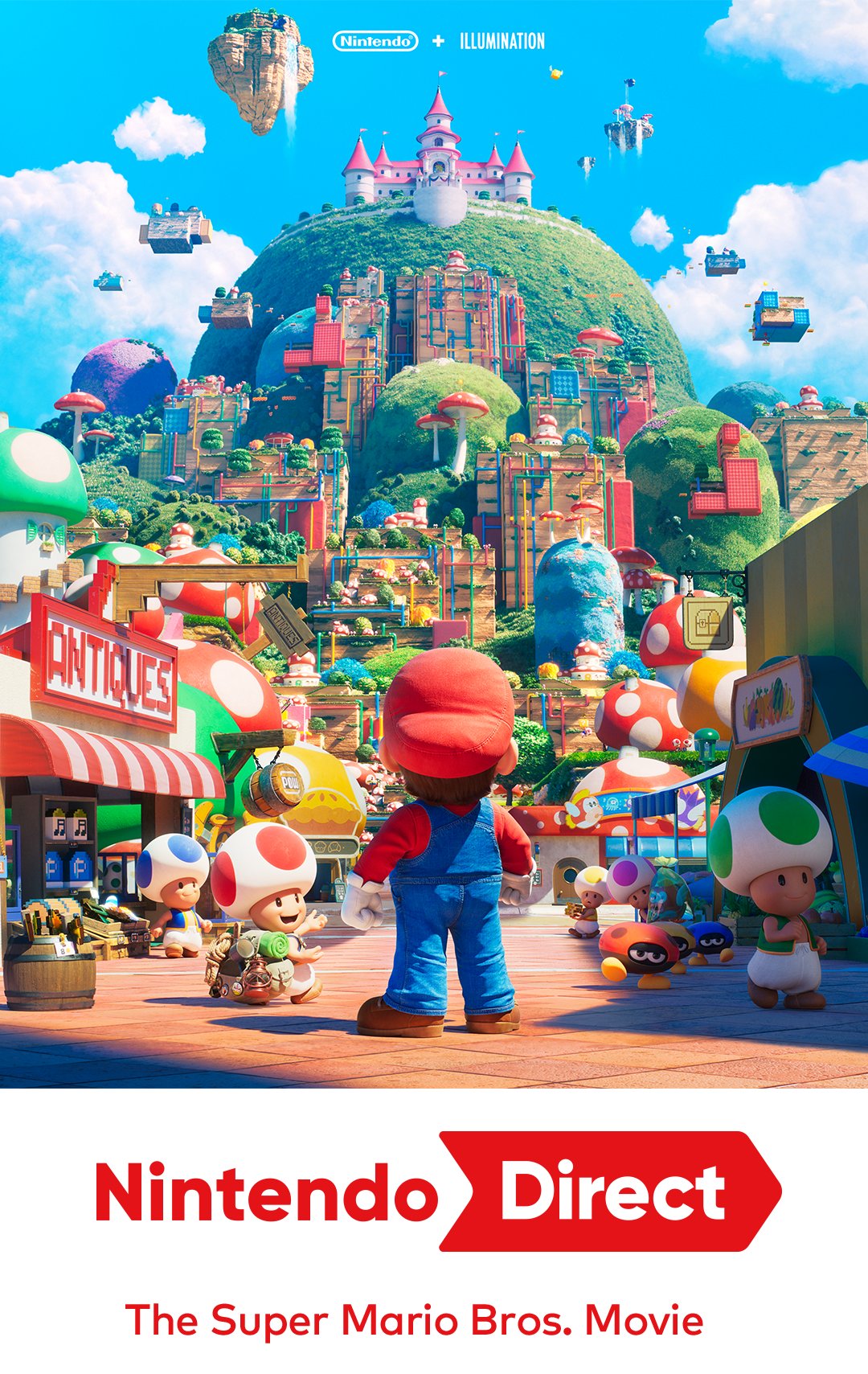 Tune in at 1:05 p.m. PT on 10/6 for a #NintendoDirect: The Super Mario Bros. Movie presentation introducing the world premiere trailer for the upcoming film (no game information will be featured).

That image makes me want a new 3D Mario so bad! It would be amazing if they announced one to go with the movie!

I don't see how they don't try to capitalize on this. The fact that we haven't had a new 3D Mario since Odyssey bolsters that prospect.

Great poster! Mario’s pants have never been so detailed.

I hope it's going to be fun.