PlayStation Stars is Now Available in the Americas

Logitech has announced a cloud gaming handheld called G Cloud. It will launch on October 17 in the US and Canada for $349.99, however, pre-orders are currently discounted to $299.99. It will launch later in other regions.

The Logitech G Cloud comes with support for Xbox Cloud Gaming, Nvidia GeForce Now, and Steam Link. It also has support for Google Play Services, that will also give you access to Google Stadia, Amazon Luna, and more.

The cloud gaming handheld comes with a 7-inch 1080p LCD display that runs at 60 Hz and has touch controls. The layout of the controls on it are in a similar layout to an Xbox controller.

"Cloud gaming is a super-exciting new way to play games," said the VP and general manager of Logitech Gaming Ujesh Desai. "I love that you can access game libraries from anywhere.

“What we wanted to do was challenge ourselves to build a device that was perfectly optimized for cloud gaming. This meant precision controls – similar to a high-end Xbox controller – a large HD screen, amazing battery life and lightweight design so players can enjoy long gaming sessions, without any compromises.”

VP of Xbox Cloud Gaming Catherine Gluckstein added, "Handhelds are a natural next step in our cloud gaming evolution, and it’s great to see a world-class hardware leader like Logitech optimize Xbox Cloud Gaming for their new device.

"You can jump right in with ease, anywhere you are, and take advantage of the 16:9 full-screen display. With extended battery life, built-in Wi-Fi, and ergonomic controls, the Logitech G CLOUD will allow you to progress through campaigns or get online for a multiplayer session where it’s most convenient to you." 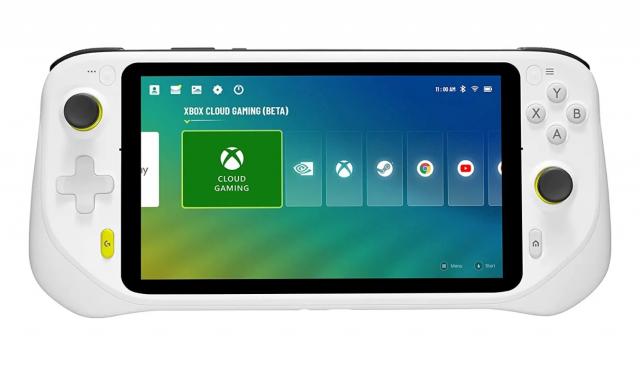 Check out the specs and details below:

Any cloud-based handheld is destined to fail. If you play outside, your internet will be wonky at best. And at home, you can just play a home console.

You can play this while lying on your bed or anywhere not in front of the TV.

Is it really worth spending 300$ though on a handheld only cloud device that you could only play at home though, and for a gaming experience that isn't guaranteed to work.

This being a cloud only handheld defeats the whole purpose of being a handheld since you can't play this really anywhere outside your house with good enough internet connection, this product is complete garbage and has no reason to exist especially at that ridiculous 300$ price point just to play games that you could play on the cloud on any other device. and to play games that aren't even guaranteed to work and that you don't own.

Idk, I only very rarely play outside my house. I wouldn't buy this because my internet isn't good enough.

I agree about when at home because I will always choose the native version unless I have zero space on my hard drive or my wife is using the tv so I'll use it then. However, the one other example doesn't hold up. I've used mobile cloud gaming at the airport, someone else home, coffee shops, and other community locations with wifi and most of the time it works well. When I'm on a trip is when I use it the most.

Maybe you'll be able to tether with your smartphone?

I don't really get the point of this. The idea of making it handheld would generally be for portability, but cloud gaming requires at least Wi-fi and more likely a wired connection for most games. The two key features of this thing, hand held and cloud gaming, seem to be at odds with each other.

I wouldn’t call Logitech a « world-class leader in hardware »

Everything is starting to look a whole lot like it did during the early-mid 90's. Back then, you had SNES, Turbo Graphx 16, Genesis, Sega CD, Sega 32X, CDi, Jaguar, Virtual Boy, Apple Pippin, Gameboy, Linx, Gamegear... it was utterly ridiculous. Now, we're starting to see the same thing happen again. It'll be interesting to see if most of them implode like the aforementioned consoles, or if the industry is ready to support that many systems.

Another one bites the niche devices dust!

I like the esthetic
also 23.1 Wh means a 3.7v battery with 6250mAh, considering the 720G (which is unimpressive but very power efficient and cheap (which make it well suited for cloud gaming device I guess) ) this should have an awesome battery life.

That 1080P panel might be hungry with the power draw though... Especially as it's still LCD.

What about the weight?

Cloud gaming might become standard in the future. It is sort of future proof since the majority of the computing power can be placed somewhere else and be upgraded independent on the gaming device. But so far the tech is not mature enough for me. The potential is there and a dedicated device might drive it forward but since standard console can use the tech as well I think they are the better horse to bet on.

Probably good for the other regions that have problems getting a Steam Deck due to limitation from the Valve's store, i'm being jealous because of this policy and some people asked me like why not go buy one from eBay - ugh, bad idea lol.

I'll just get this Logitech G Cloud for streaming and uploading emulation natively apps to end my horrifying temptation.

I have a smartphone(iPhone 12) to be honest with you, no lying. But things getting annoying like hell. The interruption.... Yes, i'm usually getting interrupted by people like calling and messaging nearly non-stop. Life. :S