Square Enix in a conference call with investors discussed its financial results and future plans. Senior Analyst at MST Financial David Gibson via Twitter has summarized the plans.

The Crystal Dynamics and Eidos sales was "driven by concerns that the titles cannibalized sales of the rest of the group and so it could improve capital efficiency," according to Gibson. This was phase 1 and phase s is the "diversification of studio capital structure."

"Rising development costs of making games means with 100% owned studios, they need to be selective and concentrate resources, which limits expansion," wrote Gibson. 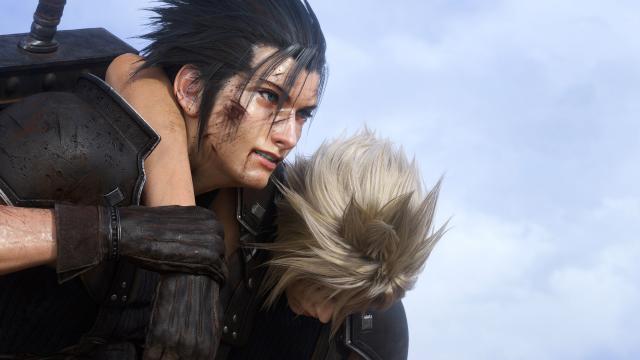 Square Enix will be doing a portfolio review and some studios will remain 100 percent, while others will change. The biggest impact will be on Europe and US studios around large titles and the change means Square Enix "will be able to allocate resources mainly to Japan titles."

in order to improve capital efficiency, Square Enix is " looking to sell stakes in its studios to others." Gibson expects Sony, Tencent, Nexon, and more to be interested.

"[Square Enix] capitalized game dev costs are currently running at US$840m," wrote Gibson. "But post the [ Crystal Dynamics / Eidos] sale the company will have US$1.4bn in cash and zero debt, which is plenty to fund expanded game investment and not sell down stakes in its studios."

yes, back in the days every game they made was amazing!

I wonder if Square has seen the massive success Capcom has had in recent years by massively investing only into their internal development teams and want to see about imitating that success. Square has the creative talent and IPs to do so! Or, they could be buttering themselves up even more for acquisition lol

I would definitely like SE to realign itself on internal development again instead of expending so much effort on Westernizing itself, especially if games like Dragon Quest XI is the result. The more we leave some of the worst tendencies of the PS3/360 era behind the better.

Dragon Quest 11 is a masterpiece, but the only good game they've made since FF10.

You obviously have limited tastes, or [more likely] an incapacity to view things objectively. Because Final Fantasy XIV, VII Remake, the Dragon Quest Builder series, Trial of Mana remake and Nier Automata, to name a few, are all quality titles that came out long after FFX.

They made a lot of great games since FFX. You shouldn't just focus on the bad stuff.

X sucks and they made a lot of great games since 2001. btw FFXII is a better game than X by a country mile.

My second choice would be for Nintendo to buy the Enix part of the company, which would give them Dragon Quest.

Whoa, I wonder if that possibility is really on the table! Maybe not Square selling Enix to Nintendo, but putting Enix up for sell for just someone else to buy so franchises like Dragon Quest can still be multiplat. If Sony really wants Square and FF, selling off their remainder subsidiaries and the Enix part of the company would make the purchase that much cheaper.

I highly doubt it though. That would require a lot of restructuring of the company.

That's why I'm not to worried about this potential buyout. As long as Dragon Quest remains multiplat I'm good. Kinda concerned about the future of Team Asano HD 2D games as well, but we'll see.

I don't think Horii would want to relinquish rights to DQ to Nintendo either. But I do think he'd want DQ to still be on Nintendo platforms in the future.

Nothing stopping Silicon Studio from still making games in the HD 2D style. They just can't call it HD 2D. They are Unreal 4 games. SE can't own a graphical style.

That's not correct. It's way more complicated than that. SE own the copyright and publishing rights. Scenario data, character design and music are owned by: Armour Studio, Bird Studio and Toriyama. Even if Sony bought them out, I think DQ would still remain on Nintendo platforms, just no longer published by them.

Umm...that's not true. For one, music is owned by Sugiyama Kobo. Koichi Sugiyama's own label. That's always been the case. Bird Studio is Toriyama's studio. Why mention him and the studio? I mentioned SE publishes the games but they don't always publish the games outside of Japan. It's more complicated than what I said, but SE also doesn't any power over the IP.

When you read the legal stuff at the bottom of any DQ game ARMOR PROJECT is always listed first. This is for a reason. Armor Project is the company that owns the Dragon Quest IP. Armor Project (i.e. Horii and his family) licenses the IP to Square Enix for publishing. This is still the case even after the Enix merger because Enix itself was always a publishing house, they didn't do in house development.

Recently mainline DQ games have been co developed by Square Enix and other studios like Orca, and ILCA, etc. but the IP is still owned by Armor Project.

I'll be so pissed if they sell any stake to China.

Tencent probably would be one of the most likely investors.

SE has been run by morons for what seems to be 20 years now and they get dumber by the year.

SE might not be doing the things you want right now but they do have the biggest MMO in the market right now so I would hardly say it's being run by morons.

I think Leynos meant those running the company. Not so much the creative leads actually making the games. I could be completely wrong lol

You are correct. The leadership of SE has been poor for a long time. The people making the games don't run the company.

I’m a bit confused by the wording, here. It’s not being said, “SE is looking to be acquired;” rather, that it wants to sell “stakes in its studios.” That sounds more like they’re looking to sell part-ownership, rather than an acquirer of their entire company.

Yes the wording is like they want to sell part of the smaller/less profitable studios. But I understand that as we wouldn't mind being bought wholesale.

I was mostly worried about Tomb Raiders getting lock to the Sony ecosystem but that is no longer a concern. At this point Sony as pretty much made sure no else get to play FF.

Its a tough world where companies need to grow to stay alive. Unfortunately relying on only afew IPs isnt enough for a stand alone buisness to survive. Investors wont see a point in investing if there is no growth.

There is alot of hate towards MMOs, Online and MP games on this site, but the reality is that those games keep these companies afloat.

Sony need to buy them! But let them release Indies and Dragon Quest on Nintendo too!!

Bungie was allowed, so I don't think the Sony of now wouldn't give them some freedom if that was their wish (or the terms of licenses of some of the IPs). The Indies don't move consoles so I don't think Sony would bother removing them. DQ is another thing, but people are saying that they need licensing from the IP owner, so it is likely that they request the game release on all major platforms.

Square enix being dumb as always haha! U just don't know how to handle a huge load and end up spillng it all over the place!

In other news SE have been sold to Sony but not announced yet.

I think this wouldn't surprise anybody.