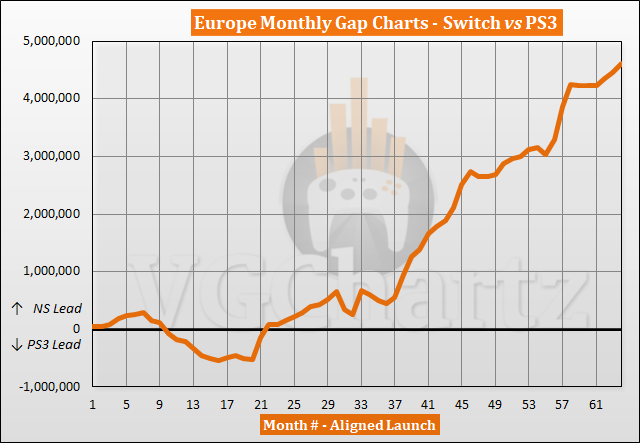 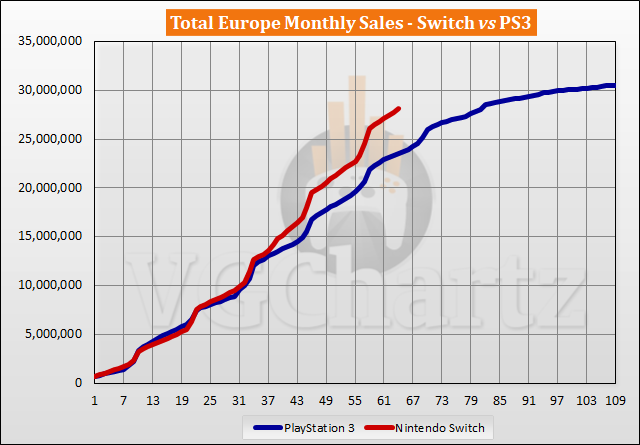 May 2022 is the 64th month that the Nintendo Switch has been available for in Europe. During the latest month, the Switch has grown its lead over the PlayStation 3 by 155,315 units.

Pretty impressive that Switch outsold PS3 during the release of PS3 Slim and PS Move. Wii sold 33M in Europe as the most successful non-Sony console. I guess Switch should be able to top that.